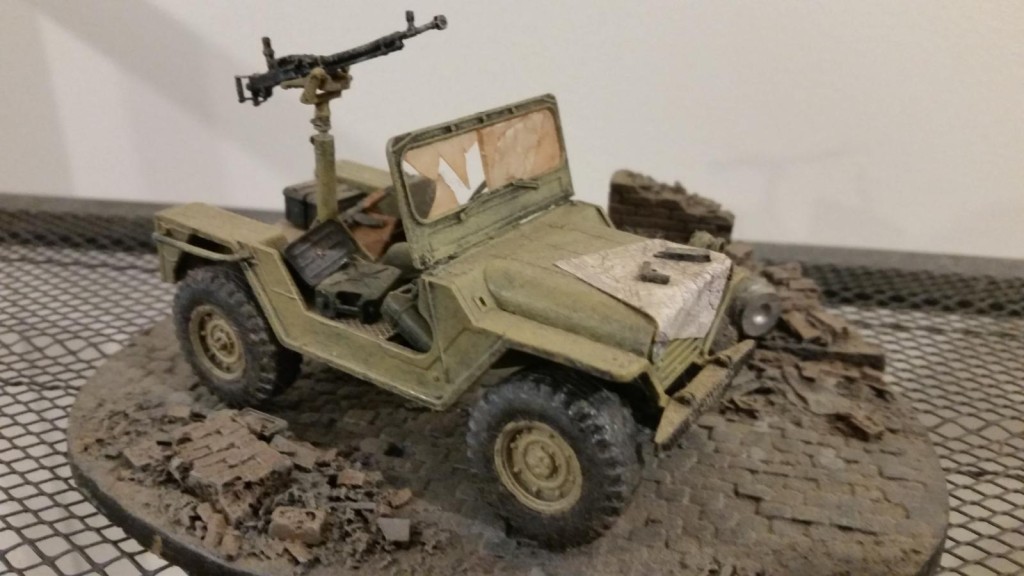 I built this model many years ago after i saw a picture of something similar in a magazine.

I had an old 1/35 Academy Jeep laying around.I started by removing the pasenger seat.i then used some sheet plastic i found in the bottom of an Enviro Bag from the supermarket to simulate checker plate steel.i did the whole floor in checker plate steel as added protection from mines.i then used a Tank Models DSHK machine gun mounted to the original mount that was meant for the Browning .50 that came with the kit.i offset the DSHK to the pasenger side so that the weapon could be fired while the driver was still in his seat.but in reality you would not want to be sitting in that seat while that gun was being fired.also the windscreen had been made to look smashed from the firing of the gun.i used plastic from an old chinese take away container to make the windscreen.i also used masking tape to simulate the windscreen wiper use on a very dirty windscreen.from the beginning i aimed to make this model look very dirty.

Inside i filled the Jeep with lots of equipment.The jeery cans are Academy and Tamiya.the AK47 is from Dragon Models.the DSHK ammunition containers came with the gun and are Resin like the gun.the gun itself is resin but has Photo etch brass handles.

I also added a map on the hood with a radio and pistol from Live Resin.great company that creates amazing products.the base is just a resin base purchased from Ebay.the base, vehicle and equipment all painted by hand with Humbrol Enamels.

I know the wheels are a bit big but i wanted a modern look so i used a set of wheels from a Humvee.from the beginning this was a fantasy build.i wanted to simulate a captured vehicle maybe from the middle east or africa.i wanted it to look well used and very dirty.it turned out not too bad and i was happy with the results.

I have 2 Toyota Hilux models from Meng coming up soon.one with DSHK machine gun and the other with ZPU anti aircraft gun.i have a set of middle east insurgents figures to go along with the Toyotas as well as a range of equipment including M4 rifles with Picitiny rails and all sorts of scopes and laser accessories.looking forward to that.i also have a Taliban UAZ with recoiles rifle that is nearly finished.keep your eye on my articles in the future. 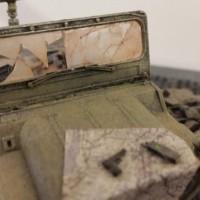 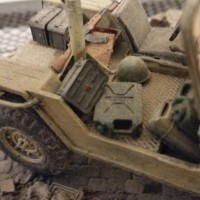 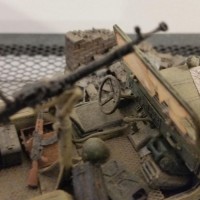 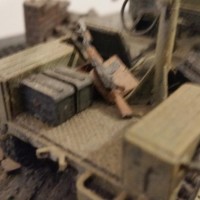 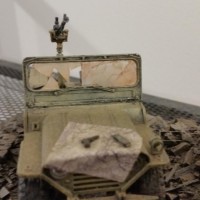 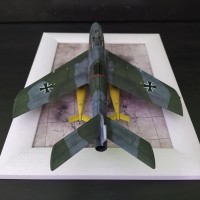 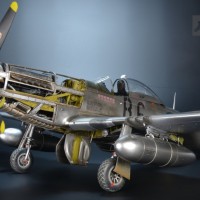 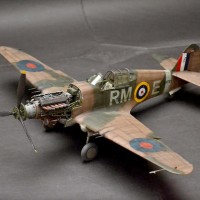