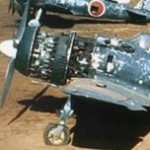 Several months ago I posted an article about ideas for future group builds. This one received a good response, so here goes !!!!

This group build is for anything that was used by the Japanese following World War One and the time frame for modeling subjects was extended to one year past the end of World War Two. This was done in case anyone wanted to build something Japanese as it would have been found looking derelict or abandoned following the end of the conflict. It also covers the “In between the Wars” years.

The group is open to anyone, and all Aircraft, Armor, Artillery, Naval, and Vehicle subjects are allowed.

It will start today, on April 3rd, 2020 and run until we stop building models !!! There currently is no ending date. I will post a new article in the headlines section.

1. Any scale model may be built.

2. It is not necessary to be a new build. As long as your model is not yet completed, it can be posted here. This was done to help clear off that “shelf of doom” we all seem to have.

3. As long as it was an item the Japanese used, then it can be built. This will include smaller hand held weapons such as Samurai swords, rifles, bayonets, pistols and the like.

4. Captured Allied equipment may be modeled. Germany and Italy also sent examples of various things to the Japanese for evaluation. If you want to build something that falls into this category that will work too. As long as the item you are building was operated by, or somehow used by the Japanese during this era that’s fine. You can build it and it can be represented here. So if you want to build a FW-190 or a Bf-109, as long as you have a set of Japanese insignias on it, that’s fine.

5. Members should open new thread for each of their builds for easier tracking of the progress of the builds.

6. Any level of aftermarket items (or none for that matter) can be used. Actual markings must be used. No “What if’s” are allowed.

8. I will most likely have to ask a few of you to assist me with the tasks of running the group. If you are interested in helping out, please send me a message and I will respond back to you as quickly as I can.

9. In today’s current atmosphere of the Covid-19 outbreak, this might help you to cope with the “new normal” which unfortunately is staying home.

Let’s have some fun with this and go build something !!!!

This group build will start immediately and will run on from there, unless directed otherwise by the generous staff of Imodeler.