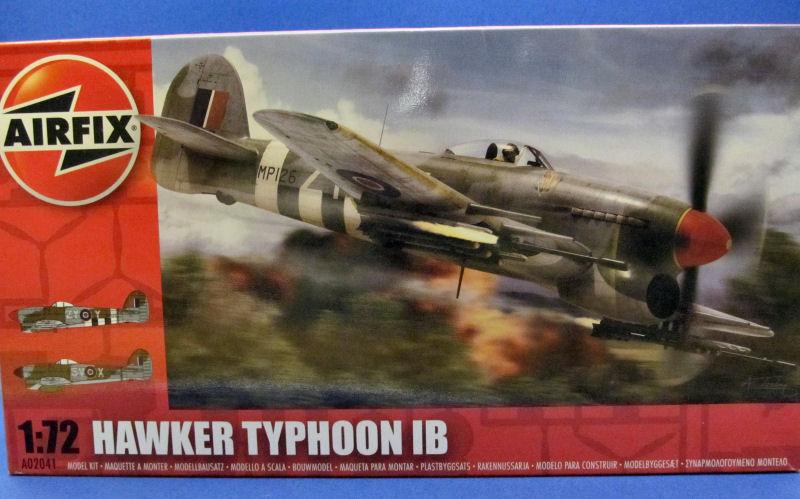 The cockpit is rather nicely detailed out of the box for a 1/72 kit, and consists of 7 parts. Tubular framing is molded into the sidewalls, along with a few other details. The cockpit’s foot rails are molded to the top of the main wheel well, which I found interesting. The port and starboard sides of the “floor” protrudes from the fuselage, which will ensure wing stability later in the build. Rudder pedals are separate, as is, of course, the spade-style control column. The seat has a nicely-molded quilted cushion, as well as a separate armor plate. The instrument panel is flat, and the instruments are provided for in the form of a decal. This may leave some wanting for more, but I am glad that some option is provided.
The panel lines are crisp, and not as deep as have been seen on previously released kits from Airfix. They are not as fine as they could be…but an improvement, overall, is evident. The fuselage includes some rather prominent tail stiffening plates.
The carburetor intake and radiator assembly is well done, with a fine mesh molded on the radiator face. A tropical filter is also included. The radiator cooling vent can be positioned opened or closed.
The wings have the same depth of panel lines as the fuselage, and are crisply molded, as well. The cannon are molded onto suitably-detailed ammunition bays, which I thought was a nice touch. Although the upper wings are solid, the instructions include an option for cutting away the ammo bay doors. Additionally, separate, “open” doors are provided with interior detail, should the modeler choose to cut the bays open.
The main wheel bay is deep, and detailed. The detailing correctly includes oxygen bottles. The main landing gear is also nicely detailed. The gear covers will need a little clean up, as there are ejector-pin marks. Also included are parts for a "wheels up" display.
The main wheels are “keyed”, 2-piece affairs, and are weighted. The way that they are molded, with the entire hub on one side, should make painting slightly less daunting. The flattened area, designed to impart the heft of the aircraft, appears overdone. Keying the wheels ensures, in theory, that the weighted area sits flat on the display surface. Personally, I’m not enthralled by this feature, as I’ve seen it on some of their 1/48 kits and was not impressed. Personal preference will dictate here.
The propeller looks correct, and the spinning prop assembly is such that it is comprised of a separate module that fits into the model after painting is complete.
The underwing stores consist of two 1000-pound bombs, or the late-war rockets synonymous with the Typhoon. The Mk. I steel rocket rails are well-done, if not a little thick. The rockets themselves are decent, given the scale. Depressions inside the lower wings provide a guide for where to drill for placement of the bomb racks and rocket rails.
The instructions are typical for Airfix, and color callouts are for Humbrol products. Color references for two aircraft are provided, including Invasion Stripes. The decals are in very good register, and as the instructions make apparent, provide markings for two aircraft:
• Squadron Leader Basil Gerald 'Stampe' Stapleton DFC, No.247 (Chino-British) Squadron, No.124 Wing, 2nd Tactical Air Force, RAF Eindhoven, Netherlands, December 1944
• Flight Officer A H Fraser, No.439 (Westmount) Squadron, No.143 Wing (Royal Canadian Air Force), 2nd Tactical Air Force, RAF, Eindhoven, Netherlands, February 1945

Cons:
• Decal instrument panel may not be to everyone’s tastes.
• “Weighted” tires appear overdone.
• Keyed wheels for ease of placement. 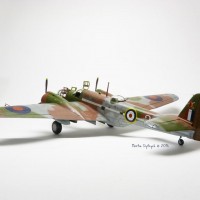 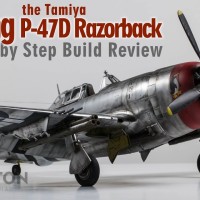 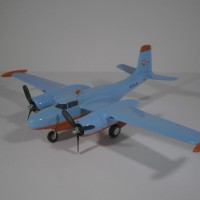 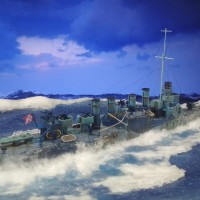