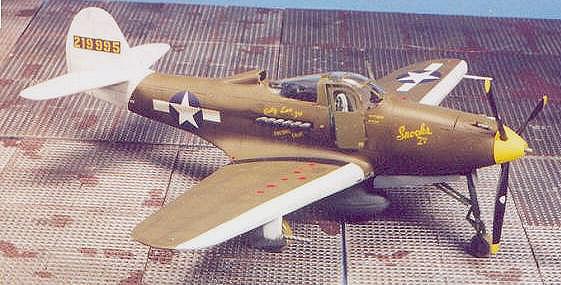 Done "awhile back" like Bill's, this is the Eduard P-39 kit done as a tactical-reconnaissance field conversion P-39Q-6.

The P-39 came early to the New Guinea campaign, with the first aircraft arriving at Port Moresby's Five Mile Drome with the 35th Pursuit Group in April 1942. While the P-39 - flown by inexperienced pilots and crippled by the lack of supercharging - was unable to compete successfully against the well-trained IJN veterans of the Tainan Air Group based across the island at Lae, they managed to contribute enough to the defense of Port Moresby to keep it in Allied hands during the desperate summer of 1942, and allow it to become the base for reconquest of New Guinea.

As soon as he could get other, more capable fighters, General George Kenney took the P-39s off first-line air defense operations. The airplane had excellent performance at low altitude, and had made a name for itself in ground support for troops in the retaking of Buna. When the 82nd Tactical Reconnaissance Group arrived in the theater in the summer of 1943, equipped with the P-39Q-6, they were immediately put to work in the "leapfrog" campaign up the back of New Guinea that would result in the complete expulsion of the Japanese from the island by the summer of 1944.

The P-39Q-6 was a SWPA field modification of the standard P-39Q-5, with a camera mounted in the radio compartment for oblique photo coverage at low altitude. The tactics of the unit were based on those of the Mustang-equipped RAF squadrons in Europe, flying missions at extreme low altitude, where the performance of the P-39 was sufficient to meet the needs of the mission.

Among the pilots in the unit was 1st Lt. William A. Shomo, of Fresno, California. Naming his airplanes "Snooks," his nickname for his wife, Shomo was an accomplished tactical reconnaissance pilot. Tac-R meant staying well away from enemy aircraft, which were met with increasing lack of frequency during 1943-44, so he never had the chance in New Guinea to establish a record as a fighter pilot. That would take place later, in the Philippines, when Captain Shomo - flying an F-6D Mustang instead of a P-39 - would shoot down a Betty and six escorting fighters in one engagement, earning the Medal of Honor as a result.

After thinning the trailing edges of the wing from the inside before assembly, I built the model using the Cutting Edge resin cockpit done by Scott Battistoni that gives the best-looking P-39 cockpit of any option in any kit, and the Meteor Decals for Shomo's "Snooks 2nd" along with the kit decals for the serial number since they were in the proper "Bell font", and the kit decals for the stenciling.

I highly recommend Edwards Parks' memoir "No, No, Nanette: the memoir of a reluctant P-39". Parks, who after the war became the Curator of the National Air and Space Musuem of the Smithsonian Institution, flew a P-39N named "Nanette" in the 35th Fighter Group at Port Moresby in 1942-43. His tale of pilots who knew they were outclassed the minute they strapped into the cockpit, who didn't want to be there and who flew anyway, is a much different look at the war from those of pilots whose careers had a better tailwind, and to my mind an essential piece of history to understanding World War II aviation. The book is long out of print and was never a best-seller, but is worth the effort to get it if you can find it.

Apologies for photo quality, this is long enough ago that these are originally on film, and scanned for digital reproduction. 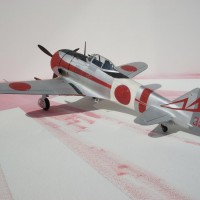 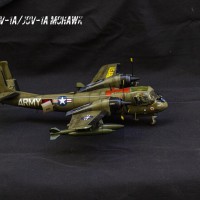 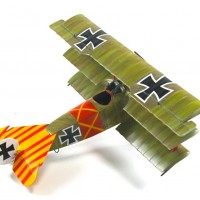 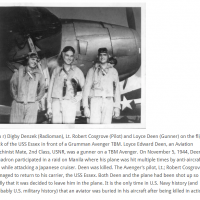