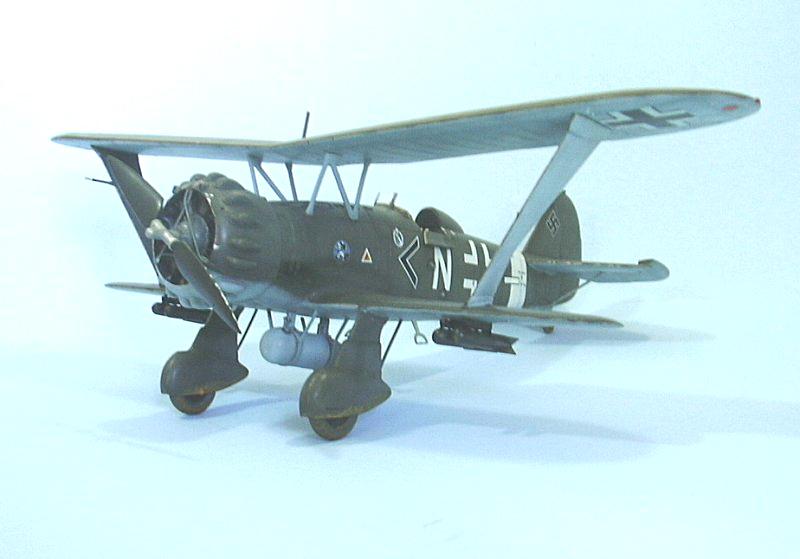 The Montex Hs-123A-1 full resin 1/32 kit, built 5 years ago when first released. The kit is now available from Alley Cat Models. It's definitely one of the nicest resin kits out there, and is the best Hs-123 kit in any scale, the others being the ancient 1/72 Airfix kit (which can still be turned into a nice model with effort) and the 1/48 Italeri kit (for which you should look for the AMTech release, with the resin landing gear without the spats and with much better decals). The kit is so well-designed a modeler could do it as their first full-resin kit with the assurance they'd have a great model as a result. For the biplane-challenged, there's the fact it doesn't have bracing wires.

The first designed-for-the-purpose dive bomber to see production and combat, the Henschel Hs 123A-1 was a single-seat biplane dive bomber and close-support attack aircraft that first saw combat with the German Condor Legion in 1936 during the Spanish Civil War and the Chinese Air Force against the Japanese Navy in 1938. Considered obsolete with the introduction of the Ju-87 Stuka in 1937, the Hs-123 soldiered on through the Polish and French campaigns and then the Eastern Front in the close-support role, where it was more effective than more modern types.

Soon after Hitler came to power, Henschel - to that point a locomotive manufacturer - decided to enter the aircraft industry. Following his demonstration of the Curtiss Hawk, Ernst Udet convinced Erhard Milch to order a dive-bomber for the new Luftwaffe. Henschel’s reply - in competition to the Fieseler Fi-98 - was the Hs 123, designed to meet the 1933 requirements which specified a single-seat biplane dive-bomber. Udet flew the Hs 123V1 prototype on its first public demonstration on May 8, 1935. The first three Henschel prototypes, powered by the 650 hp BMW 132A-3 engines, were tested at Rechlin in August 1936. The Hs-123 did away with bracing wires and although they looked outdated, they featured a fully-cantilever, all- metal construction, clean lines and excellent maneuverability.

The performance of the Hs-123 V1 eliminated the more conventional Fi-98. During testing, the Hs-123 proved capable of pulling out of "near-vertical" dives. Two prototypes crashed due to wing failures. The Hs-123V-4 incorporated stronger cabane struts to cure this. After successful tests, the Hs-123 was ordered into production with an 880 hp BMW 132Dc engine.

The Hs-123 was intended to replace the Heinkel He-50 as well as be a "stop-gap" until the Junkers Ju-87 became available. Thus, production was limited with no further development considered. Production ended in October 1938 with 1000 aircraft.

A pre-production batch of Hs 123A-0s was produced in 1936 for service evaluation by the Luftwaffe, and were followed by the slightly modified Hs 123A-1 series, which was equipped with an armoured headrest and fairing, as well as removable main wheel spats and a faired tailwheel. The weapon load of four SC 50 110 lb bombs were carried on lower wing racks along with an additional SC250 550 lb (250 kg) bomb mounted on a "crutch" beneath the fuselage, though this was usually replaced by a drop tank. Two MG 17 machine guns (7.92 mm/0.312 in) were mounted in the nose synchronized to fire through the propeller arc.

The Hs-123A-0 entered service with StG 162 “Immelmann” in October 1936, serving until the unit re-equipped with the Ju-87 the following year. Five Hs-123A-0 and A-1 aircraft were sent to Spain, where they proved highly effective in the close-support role, proving capable of absorbing punishment and getting home. The Spanish Nationalists were so impressed that they purchased the five Condor Legion airplanes and eleven more. Known as the “Angelito,” the Spanish Hs-123s served until 1945, with one flown until the early 1950s. Twelve Hs-123s were exported to China in 1938, where they saw extensive operation as dive bombers against Japanese warships on the Yangtze River

In Spain, the aircraft proved themselves capable of operating from primitive airstrips close to the front. It was here that the pilots discovered that the most potent weapon the Hs-123 had was its engine. By changing revolutions on the controllable-pitch prop while in a dive, the airplane could emit sounds that frightened men and horses below, with calamitous results for the unit so attacked.

In 1938, the remaining Hs-123s were part of the temporary Fliegergeschwader 100 during the Munich Crisis. With the crisis over, the Hs-123s were transferred to Lehrgeschwader 2 as II.(Schl)/LG2. In the invasion of Poland, the 39 Hs-123s of LG 2 proved particularly effective at close-support, where they were instrumental in breaking up attempts by Polish cavalry to attack German units, using the “staccato” sound discovered in Spain. Flown from primitive fields close to the front, ground crews considered the Hs-123 reliable and easy to maintain. The leading pilot of this unit was Hauptmann Adolf Galland, who was at the time seen as a ground-attack expert due to his service with the He-51 in this role in the Condor Legion.

With their success in the Polish campaign, the Hs-123s found a role in the Western Front Blitzkrieg against France and the Low Countries, where General Heinz Guderian was impressed by the quick turnaround time of II.(Schl)/LG 2. Usually the most-forward-based unit, the Hs-123s flew more missions per day than any other type, and again proved their worth in the close-support role. Ju-87s were still used as tactical bombers rather than true ground support aircraft, so with no other capable aircraft available, the Hs 123 continued in service, though their numbers were constantly being reduced by attrition. At the end of the French campaign, II/LG2 returned to Germany to swap their Hs-123s for Bf-109E fighter-bombers, even though all the pilots were convinced they were swapping out to a less-useful aircraft.

At the outbreak of the Balkans Campaign, the 32 Hs-123s that had been retired after the fall of France were brought back to equip 10.(Schl)/LG 2. They performed so well they remained in service for Operation Barbarossa. The single Gruppe dedicated to ground support was II.(Schl)/LG 2, which operated 38 Bf-109Es and 22 Hs-123s. In service on the Eastern Front in the Central and Southern theaters, the remaining Hs-123s were "field" modified with additional armor and carried extra machine guns and even 20mm cannons underwing.

In January 1942, II.(Schl)/LG 2 was redesignated as the first dedicated ground attack Geschwader, Schlact Geschwader 1, with the Hs-123s being flown by 7./SG 1. The unit flew in the Second Battle of Kharkov and participated in the Battle of Stalingrad. To make up losses, Hs-123s were being taken from training schools and salvaged from derelict dumps.

In January, 1943, Generaloberst Wolfram von Richthofen, commander of Luftflotte 4, asked if the Hs-123 could be placed back in production because of its performance where mud, snow, rain and ice took a heavy toll on more advanced aircraft. Unfortunately, the Henschel factory had dismantled all tools and jigs in 1940.

After participating in the Battle of Kursk, SG 1 returned to the Crimea, where they finally gave up the aircraft they had flown through five campaigns after it had been declared obsolete. In July 1944, 7./SG 1 traded its last Hs-123s for Ju-87s, the type that had “replaced” them back in 1937. 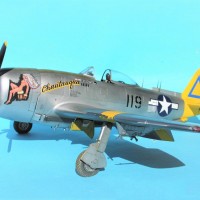 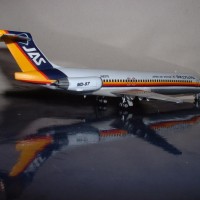 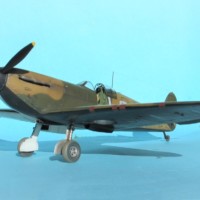 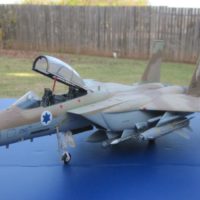