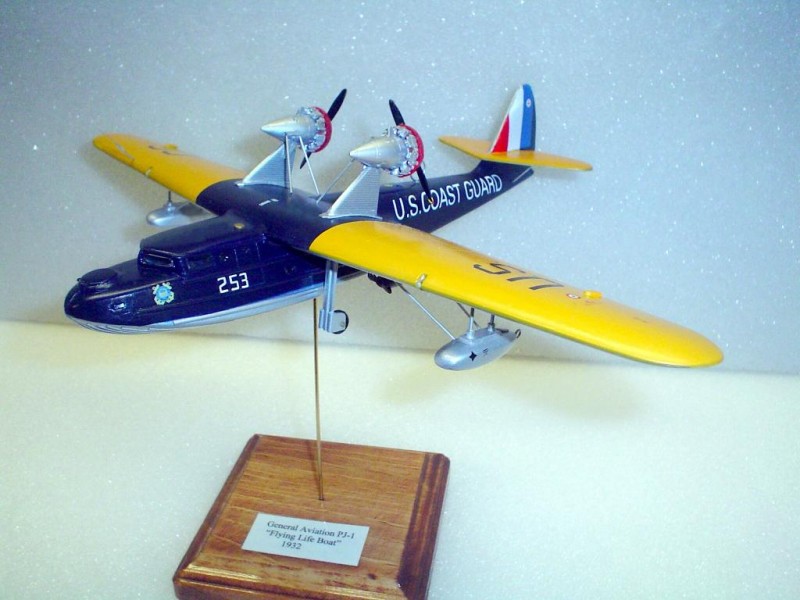 Known for many years by the US Coast Guard aviators as FLBs-Flying Life Boats-the five flying-boats manufactured specifically for the service marked the swan song of the American Fokker company(absorbed into the General Aviation company). These flying-boats were delivered during 1932 and were named for celestial stars: Antares, Altair, Acrux, Acamar, and Arcturus. Often this was the only means of identification of the individual aircraft in radio communications. The FLBs were a very substantial aircraft for their day. They had a gross weight of just over 11,000lb and a range of 1000 nautical miles at 120mph. Rescue exploits by these aircraft were legendary. A PJ1 flown from the CG air station Miami flew into darkness to rescue a stricken passenger off an Army transport ship, The REPUBLIC, 300 miles off shore. Using a radio directional finder the aircraft found the ship, made a rough water landing and removed the passenger and his wife. Flown back to shore in darkness the mission took seven hours, and a life was saved. All aircraft were decommissioned by August 1941, logging over 5,000 hours of flight time and saving over 150 people.

Another 1970's era vacuform "beauty" it suffered from the same malady all these early kits were famous for: sketchy drawings, little guidence in assembly and lack of detail. Still, it is an unusual prototype and only a vacuform outfit would bother to make a model of it. I built this in the early 1980's and as it was the pre-internet age, I had to do some guess work as to it's paint scheme and overall appearence. I scratch built the beaching gear (wheels), and wing floats. The engine nacelles and props were out of the scrap box. The strakes on the underside of the plane were plastic strips. I made an attempt to add some scribed lines to the "hull" but didn't posess the skills to properly add all the panels. I used dry transfer letters for the USCG markings as CG decals were(are) hard to come by. Still, it has the appearence of the FLB and is a "classic" design from the 1930's. 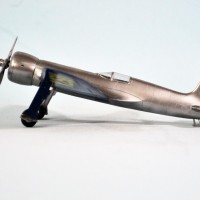 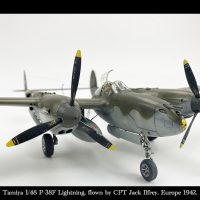 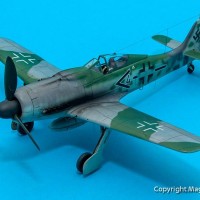