The aerodynamic configuration of what was designated the Meteor M.F.11 was built onto and flight tested on the fourth production T.7 trainer in September 1949. The first true prototype, WA546, made its first flight on May 31, 1950. The night fighter differed from the T.7 by the use of the original-span wings of the F.1 and F.3, an extended nose for the radar, and an F.8 rear fuselage with a five-foot extension in overall fuselage length. The night fighter used only the two-seat cockpit and forward fuselage of the trainer. The standard armament of four 20mm cannon were removed from the fuselage and located in the wings immediately outboard of the engines.

The decision to use American radar led to the development of the last two Meteor night fighters, the N.F.12 and N.F.13, which utilized the U.S. APS-21 radar. Both versions were 17 inches longer than the N.F.11 (some sources have stated the N.F.14 was 17 inches longer than the 12, but John Adams of Aeroclub ended the argument by going out and physically measuring one of each when he created his vacuform kits). The N.F.14 finally got rid of the heavily-framed T.7 canopy with its restrictive vision, using a blown clear bubble canopy. 100 N.F.14s began to appear in 1954, initially equipping 25 Squadron. By 1956 they were being replaced by the early marks of Javelin, but the N.F.14 survived in overseas deployment, with 60 Squadron at Tengah, Singapore, not trading theirs for Javelin FAW.9s until 1961.

This N.F.11 is the Classic Airframes kit. As with all Classic Airframes Meteors, fit is problematic, and one can expect to use lots of putty. I finally figured out if I assembled the CA Meteor kits with the lower wing center section attached to the fuselage, then attaching the upper wing half, followed by the outer lower wing part, I could get things to fit with a minimum of gaps and filler needed for the joints. The kit decals were used for the national insignia, with serials and squadron insignia from the Xtradecal sheet for the Meteor T.7 and N.F.11/13, to do an airplane operated by 87 Squadron in Germany in 1957.

The Aeroclub N.F.14 is actually a more buildable kit than the Classic Airframes kits. Once the parts are off their backing, they fit much better than the CA kits, though still needing putty on the joints. The white metal cockpit detail parts and white metal landing gear meant I only had to put a single medium-sized fishweight in the extreme nose to get a nose-sitter. Kit decals were used, to do one of the last N.F.14s of 60 Squadron at Singapore in 1960. 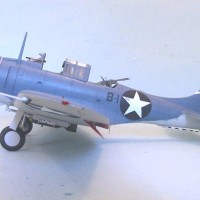 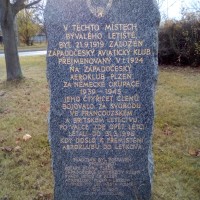 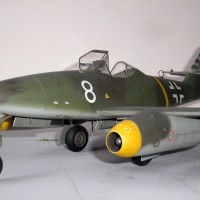 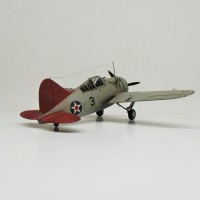