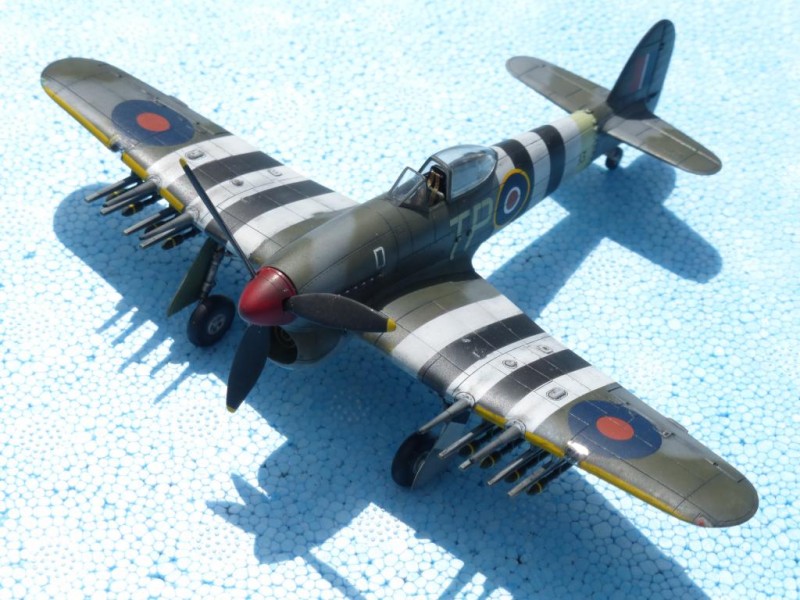 Hi Yawl, Finished at last my little addition to the D-Day Build, the Academy Hawker Typhoon b1 in 1/72 scale

originally i was going to build the MPM A-20G Havoc but got completely bogged down with that one plus as per MPM's usual kits it had the odd little niggle here and there to be fair the kit is quite nice good surface detail good internal details plus the inclusion of some really nice coloured photo etch for the cockpit, and again to be honest the fit was ok well it was up to the point i kinda lost my Mojo with it, as hard as i tried to make progress with it i got nowhere so i decided to shelve it and do something else and because i had left it a bit late to start something to complicated and long winded i searched through the stash looking for something simple and straight forward with black and white stripes all over it so i came up with this little gem its dead simple no vices at all really hardly any filler and to be honest hardly any cockpit detail either apart from the usual basics but adequate for a quick build which is what it was after a couple of evenings it was pretty much ready for paint the fact that it took me another two weeks to get round to that part of the build which is my favourite bit is neither here nor there!.

All camouflage done freehand with Aqueous Mr Hobby Acrylic's, my biggest dilemma was in deciding to mask the stripes or try to do a convincing job of making them look hand painted so after much deliberation and internet searching for decent photos of invasion stripes on typhee's i decided to mask as time was running if not run out as the dead line was only a couple of days away and there was no way i was going to finish the paint job, and i didn't as work and other things got in the way, so here we are a phew weeks later but late's better than never as the saying goes.

One of the things i did try to do was make the camouflage show through the strips here and there which i managed to achieve until i started to weather it and the slightly visible demarcation lines became lost the only place you can see through the white wash is where you can just make out the Aircraft serial number under the white wash. 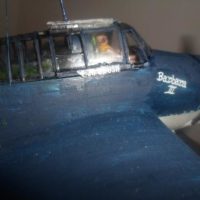 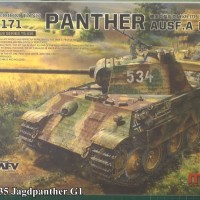 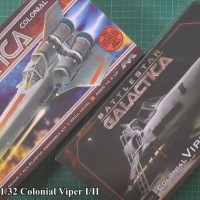 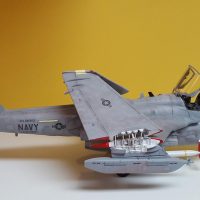