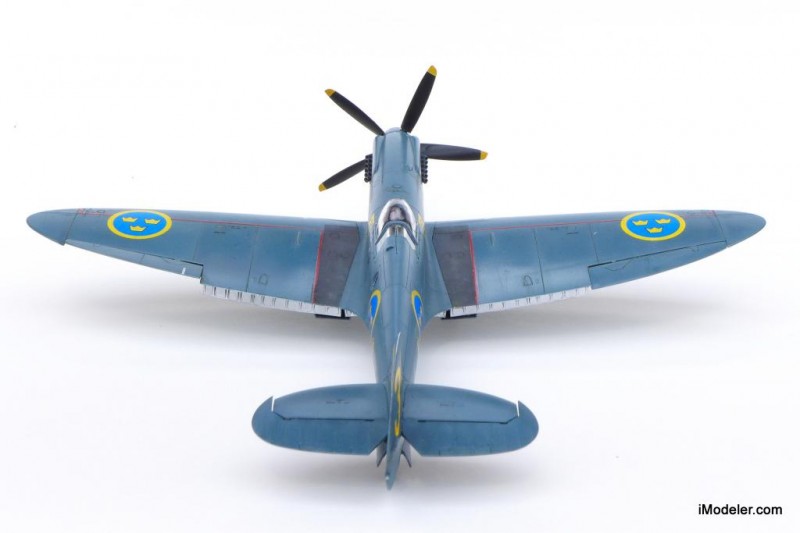 Following the last year's review of the 1/48 Airfix Spitfire PR Mk XIX by Tom Cleaver, this is one of these kits I just had to lay my hands on.

The idea was a simple out-of-the box project with a single-color paint scheme giving a chance to experience what the "new Airfix" kit had to offer. In the event it took me a full year to get it finished, but this was entirely due to my own faults, not the kit.

Accuracy-wise, the Airfix PR Mk. XIX is a cracking replica of the real thing. Airfix are the kings of the subject and can reproduce Spitfires in scale like no other company in the world. I'll let the pictures speak for themselves. Thank you Mr. Snowden. 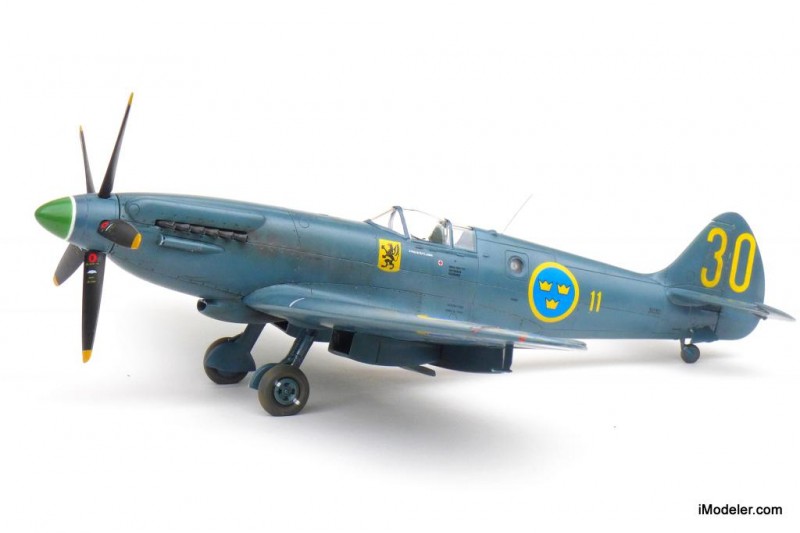 Construction-wise, it is a well-engineered kit with plenty of detail and no vices. I particularly enjoyed the poseable flying surfaces and the inclusion of bulged tyres, keyed to their proper positions. I opted to apply some filler at the wing root joint and rescribe the corresponding panel lines, but could have probably done without it. The remaining panel lines look just right for the scale and the PRU paint scheme. The underwing flaps are provided as separate parts but would not fit well in the closed position. I posed my flaps open, knowing that the flaps used to be closed on parked Spitfires.

In the end I made three simple modifications to the box content: drilling out the exhaust stacks, adding a fuel filler cap at the top of the cowling and replacing the three-spoke wheel hubs with four-spoke ones that Were left over from the Eduard Spitfire IX kit. 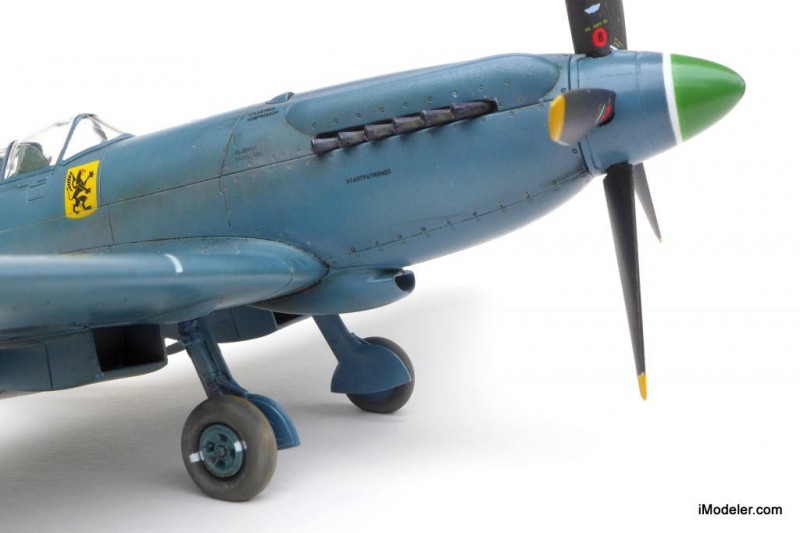 The chosen paint scheme is my tribute to Sweden where I have been living for over 20 years.

In 1948, the Swedish Air Force found itself in a pressing need for modern reconnaissance aircraft. The planned PR version of Sweden’s indigenous swept-wing jet fighter, the SAAB J29 ’Flying Barrel’, was delayed since the fighter version had priority.

As an interim solution, a total of 50 surplus Spitfires PR Mk XIX were purchased from England in 1948. In Swedish service the aircraft received the designation S31 and were assigned to F11 Reconnaissance Wing in Skavsta. Today, Skavsta is an international airport south of Stockholm, not far from where we're living. 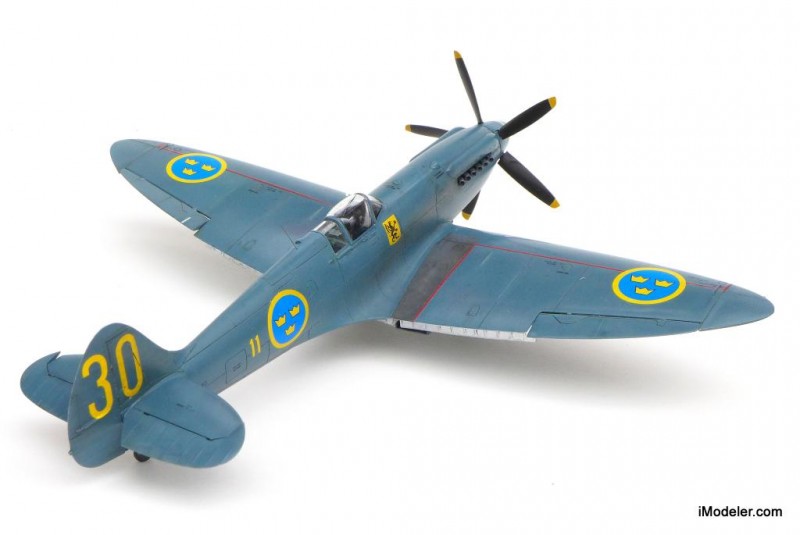 At the time of its service introduction, the S31 Spitfire flew faster and higher than any other Swedish or Soviet fighter and was instrumental in developing modern reconnaissance tactics within the Swedish Air Force. Throughout the 1950s, the S31 Spitfires were roaming across the Baltic Sea, providing daily photo coverage of the harbors and coastline installations behind the Iron Curtain. On occasion, they were reaching as far as the Murmansk area, deep into the Soviet Union.

One S31 is preserved in the Swedish Air Force Museum in Linköping, and I had a priviledge of sitting in her cockpit. 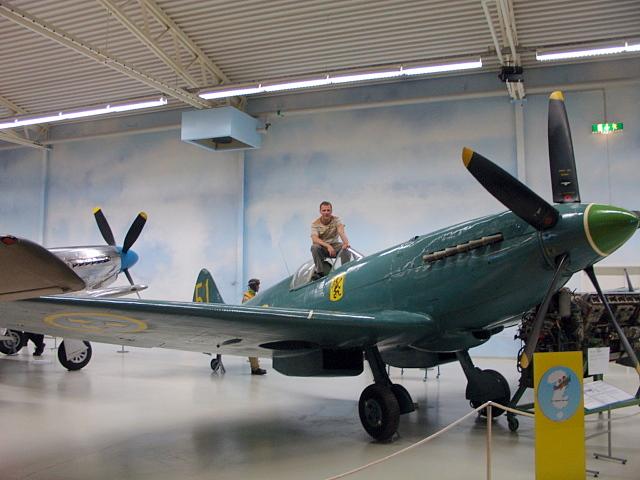 The Airfix kit comes with Swedish AF decals as one of the marking options, but the deep blue color of the Swedish national insignia is so distinctive that one really needs a specially-produced decal sheet to accurately reproduce it. I used a sheet from Research Based Design no. RBD-48006 'S31 Spitfire - Swedish Air Force'. It comes with a full set of markings and stencils and a choice of about a dozen Swedish aircraft, plus a dose of well-researched information. Warmly recommeded. The difference between the RBD and the Airfix decals can be appreciated on the photo. 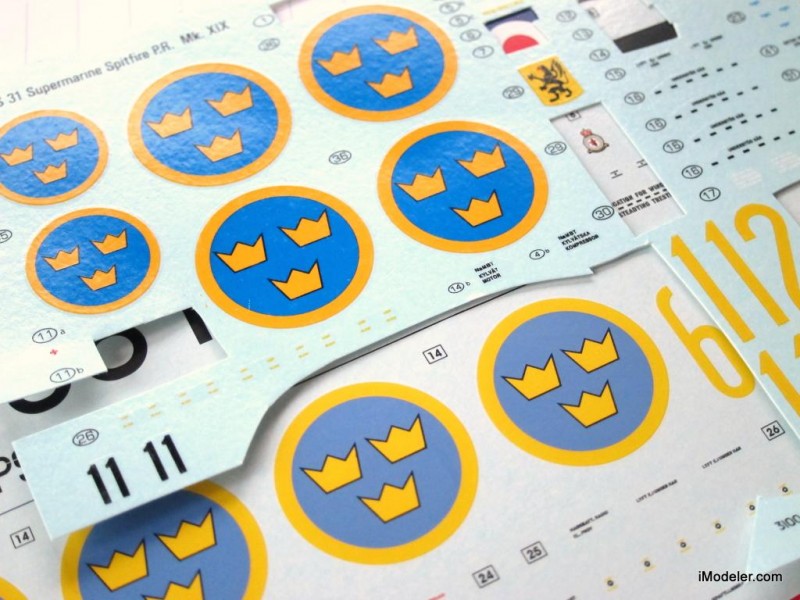 PRU Blue is another very distinctive color and I think that there's no better rendition of it than Xtracolor X8.

Strangely, the paint would not adhere to the model as well as I expected, leading to multiple repaints and corrections for the remainder of the project which caused a lot of frustration and delays. In the end, I managed to seal the color coat with Tamiya Clear. 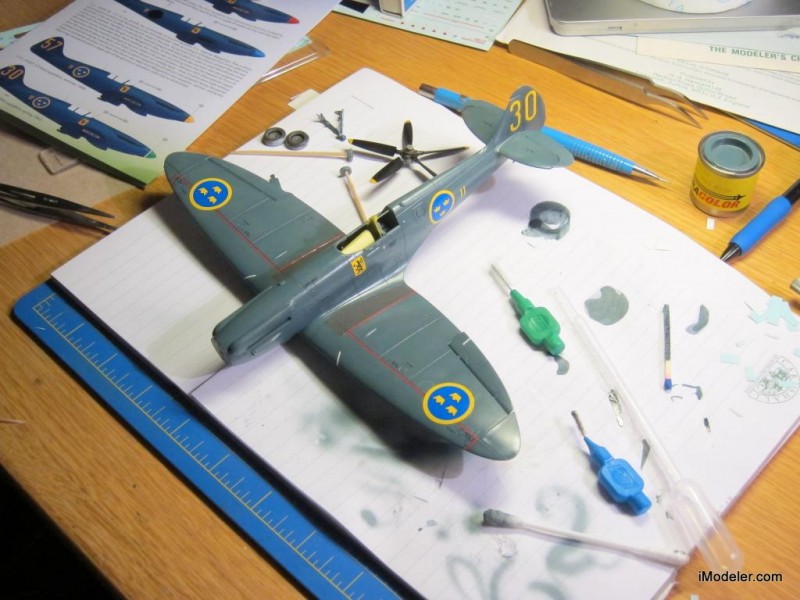 Weathering was done with AK Interactive enamel colors, Tamiya Weathering Masters plus color markers.
The Swedish Spits were well cared for and I tried to reflect this on the model. 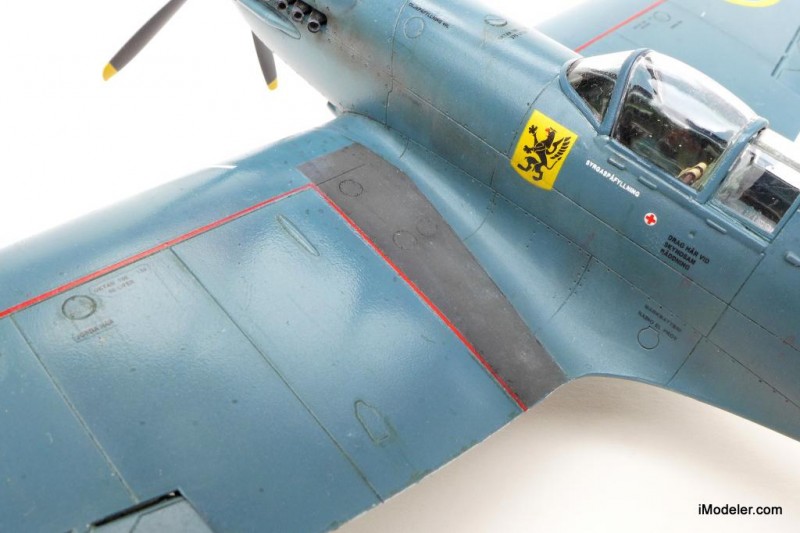 I can't wait for another quarter-scale Spitfire from Airfix (it's a Mk.Vb, to be released this Summer).

Appreciating the wonderfully curved lines of the completed model, I can't help recalling how Spitfire chief test pilot Jeffrey Quill once managed to encapsulate the entire beauty of its design in a single meaning. 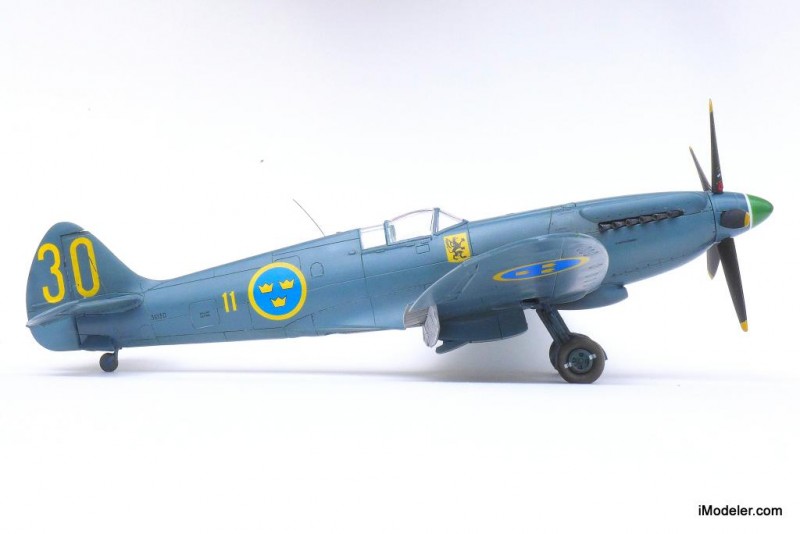 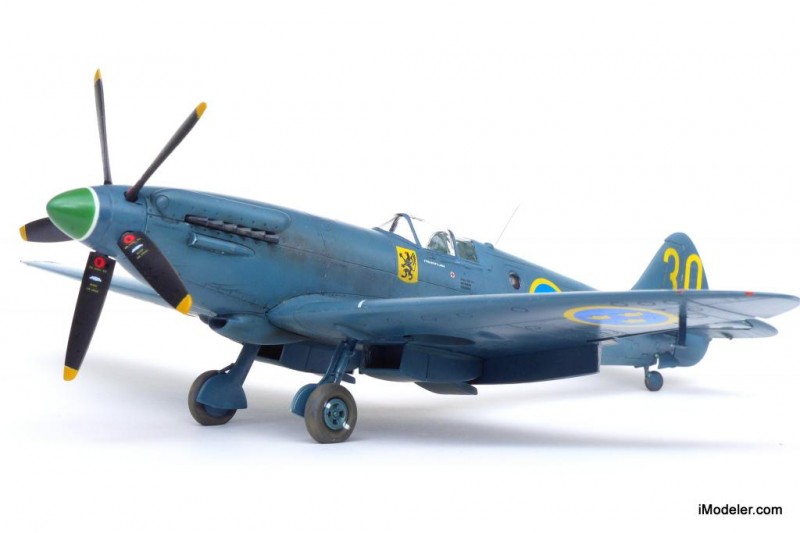 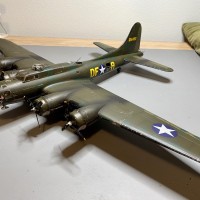 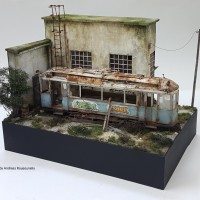 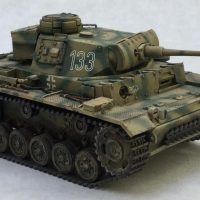 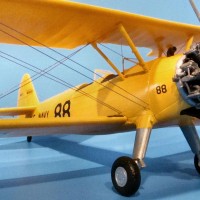