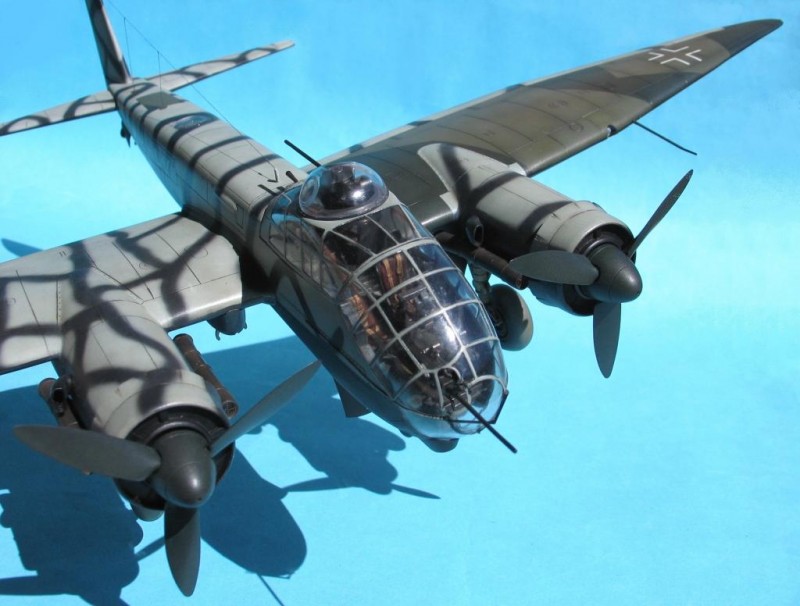 Cockpit components painted to RLM 66 and modified by CMK seats.

The upper fuselage and right wing have patches of RLM76 interrupted by RLM66, whereas the left wing has the standard RLM 70/71 splinter scheme. It's possible that the left wing was replaced from another aircraft except for the flaps. 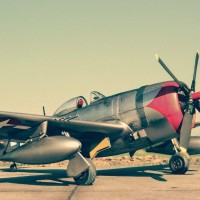 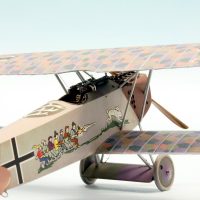 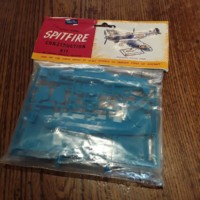 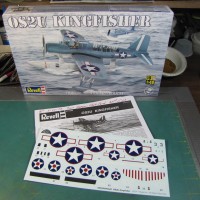