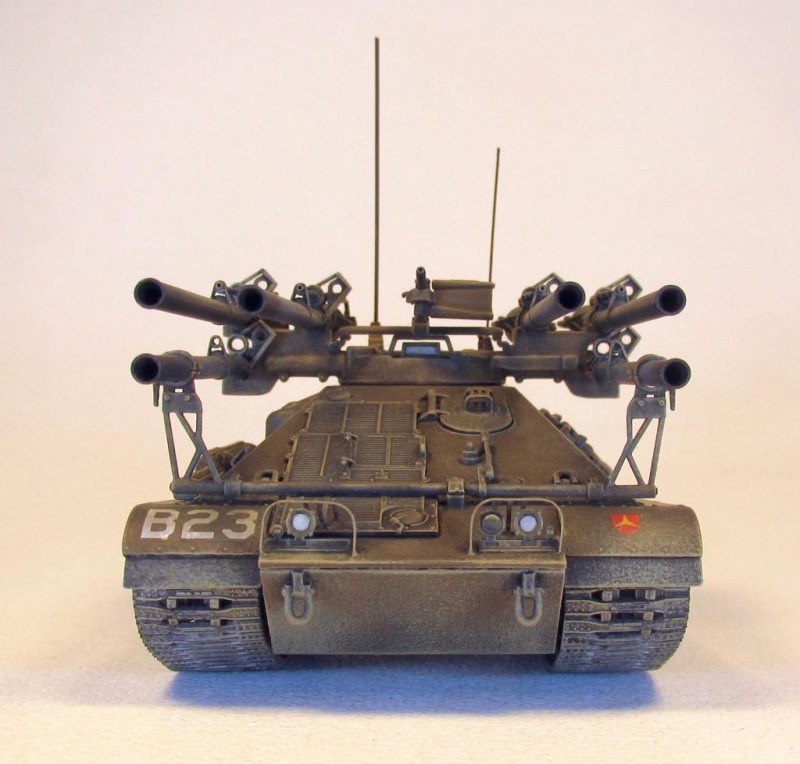 In 1968, as a young NROTC midshipman (Marine option) from Ohio State, I went on a field trip to Camp Lejeune, NC. One of the many fun things we did, was visit an "Ontos" platoon holding exercises in the woods near the beach. I got to drive one of these little beasts and it left quite an impression on me. Not enough to deter me from my aviation ambitions (I ended up as a CH-46 helicopter pilot) but I sure enjoyed my brief flirt with "armor."

"Ontos" is Greek for "thing" - an apt moniker. (They were also often referred to as "pigs" by Marines.) It was pretty heavily armed: six 106mm recoilless rifles, four .50cal spotting rifles and an M1919 .30cal machine gun - a lot of fire power for a relatively small AFV. And the thing could do 30 mph on the open road. When delivered as a tank buster, the Army was less than enthralled, but the Marines found it quite effective in Viet Nam against hardened targets and bunkers and so they embraced it enthusiastically.

I am primarily a large-scale model railroader, but with quite a lot of military figure painting in my background. However, when I saw this Academy 1/35th scale kit, I wanted to build it as a memento of the only tracked vehicle I have ever driven (so far anyway.) Also because it's kinda cute, in its own way, and a rare modeling subject in most of the publications I've seen.

I built it pretty much straight stock - right out of the box. I did, however, add some super detailing such as front mud flaps, shackles front and rear, wiring for firing the 106 and spotting rifles, radio antennae, etc. This was my first encounter with photo-etched parts, which I found daunting but doable. A fun project. Your comments and questions are welcome. 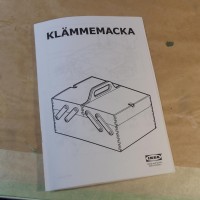 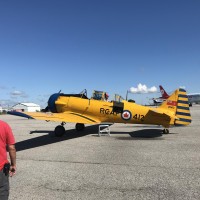 Canadian Warplane Heritage Museum Visit 2021 – And getting schooled in a Harvard.
George Schembri 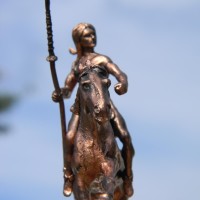 "The finest light cavalry in the world.."
Robert Royes 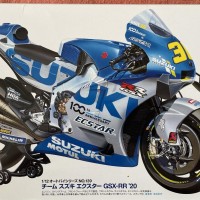