Grumman F6F-5 Target Tow "One Hell of a ride Cat" 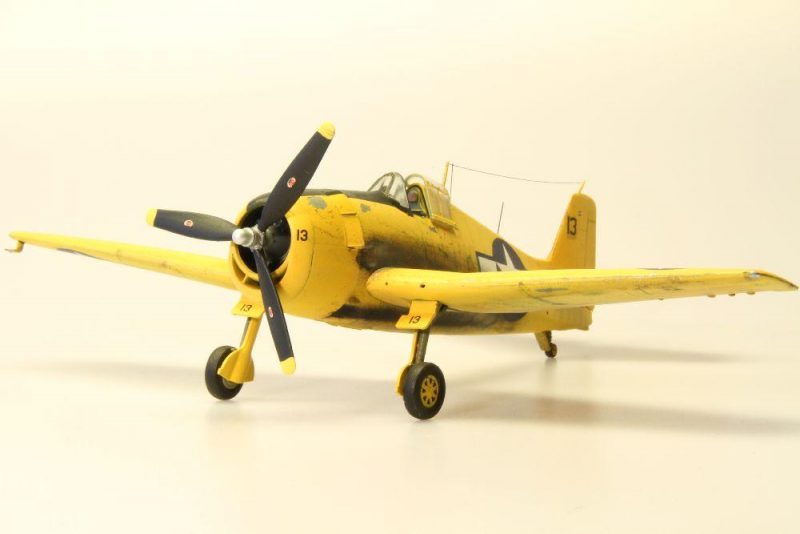 Here is my next cat, this time I've chosen a Hellcat in a rather unusual livery. During WWII several Hellcats, mostly refurbished models were used in the most exciting role as a traget tow aircraft. To give their pilots a chance for not being mistaken as the target these aircraft were given a very bright paint job, just to make sure that all those trigger happy "wannabe aces" hit the right target. Allthough I'm pretty sure that the pilots of these machines had one hell of a ride and some mixed feelings.

Anyhow, the paint shop makes for an extraordnary looking brd and I had to built one. For this particular version I used once again the nothing but excellent Eduard kit in 1:72. Some minor modifications were made, like deleting the armament and adding some selfmade exhaust stacks, plus a few more details around the landing gear. The weathering was done using the salt-technique plus additional washes and pastells.
Have fun
Cheers 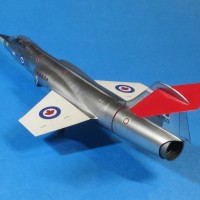 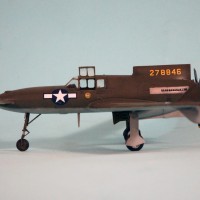 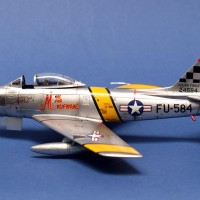