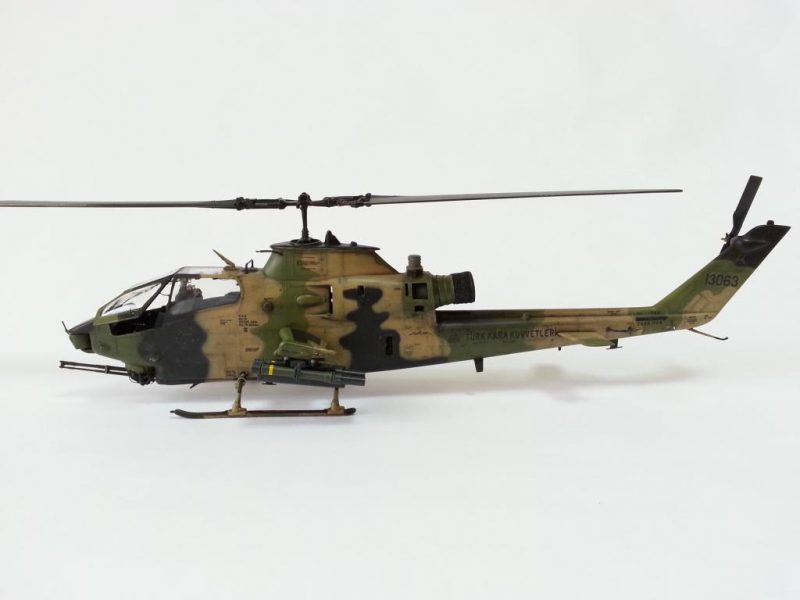 This is the old 1/48 Monogram AH-1S, which was converted to Turkish Army AH-1P.

•In order to enhance the reality of the cockpit; some wires, a fire extinguisher, helmet bag, map reading lights and first aid kit bag were added,
•The HSS (Helmet Sight Subsystem) rails were built and glued to the canopy,
•Landing light was scratch built, glued and wired to the left skid,
•Since Turkish Cobras fly with 2-tube TOW launchers, 4-tube launchers were downgraded to 2-tube ones and some wiring added for enhanced realism,
•GPS antenna scratch built on the rear left top fuselage,
•MXF 484 Have Quick radio antennas (produced by Turkish electronics company ASELSAN) were added to the lower fuselage,
•ARC 182 flexible radio antenna added to the lower fuselage,
•Plastic engine grill cowlings were removed and for extended realism mesh used to depict the grills,
•Ball shaped laser tracker in front of the main rotor removed,
•Gunner canopy window displayed in the open position,
•“Babibi Models” 1/48 TUR Army AH-1P decals were used. 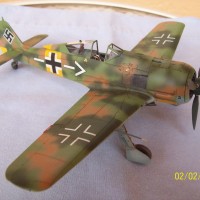 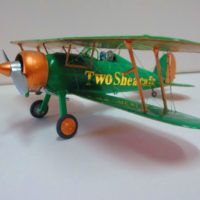 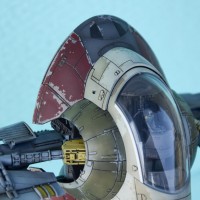 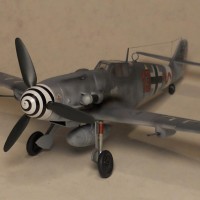