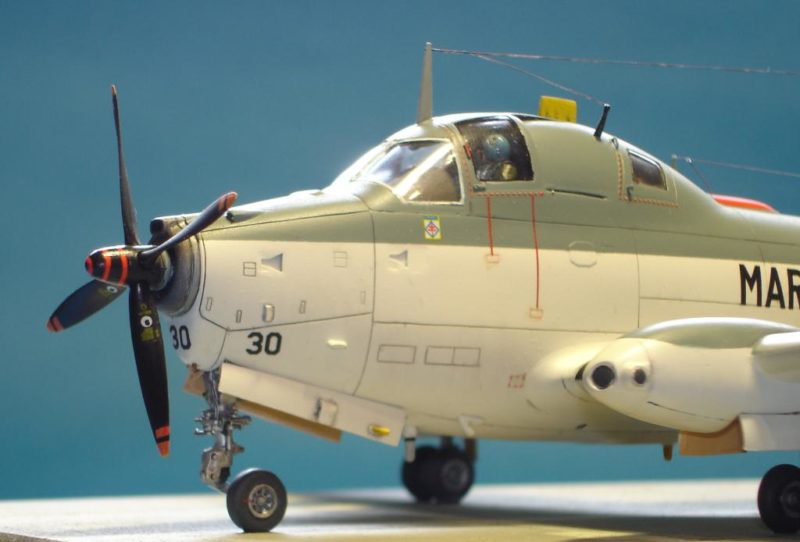 This model represents the best know embarked French anti-submarine fighting plane in the heart of the 80's. This Breguet Alizé is stationed on the naval air base of Nimes-Garon in the south of France.

The model is the 1/72 box of AZUR FRROM. This model requires a lot of work to present a plane resembling the true one. The nose on the chin and on the top of the bonnet have been completely reworked. The wings come from the 1/72 MACH2 box because those of the original kits are oddly proportioned and the balloons are disproportionate. The wings taken are better but the balloons are more correct in size but in bad shape.

The auxiliary gear leg comes from the MACH2 and detailed with plastic card, stretched cluster and wire. The auxiliary wheel was fully reworked and the main wheels were made from Mirage F1 wheels.

The pilots are from PJ Production.

The painting is from the enamel Humbrol and the decals taken from different origins. 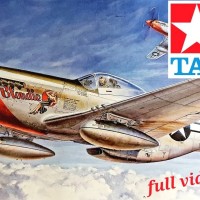 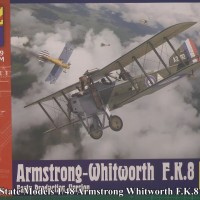 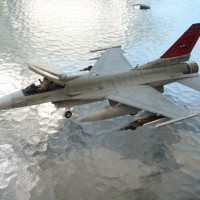 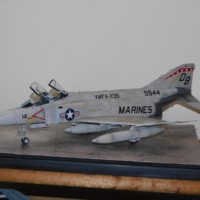