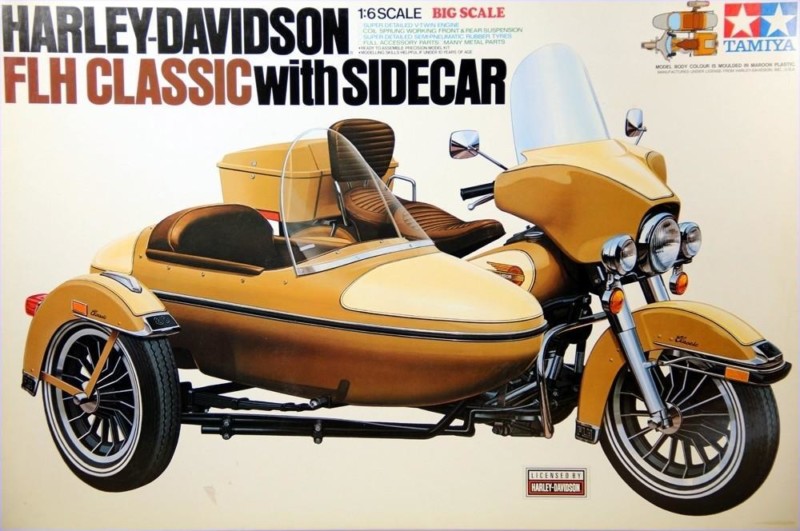 George Williams hit the nail on the head with the 1/6 Tamiya kit.

So here's what I'll be building soon. Yes, it's a 1/6 Tamiya Harley with the sidecar. Personally, I consider this to be the "Holy Grail" of the Tamiya motorcycles. I built one other one back in March of 2016 and it was posted here on imodeler.
http://imodeler.com/2016/03/tamiya-16-scale-harley-flh-classic-with-sidecar/

Unfortunately, this is not a sealed model and it was made clear that there are missing parts. However, I received a similar missing parts Tamiya Harley a while back. I also have one of my very first builds that is going to help out as a "donor" bike if necessary. Since I had planned on a rebuild anyway.

Here are the photos that I was provided on the sidecar kit. It doesn't appear that there is really much missing with the exception on the saddlebags. You can take a look for yourself and check out what I am getting myself into this time. 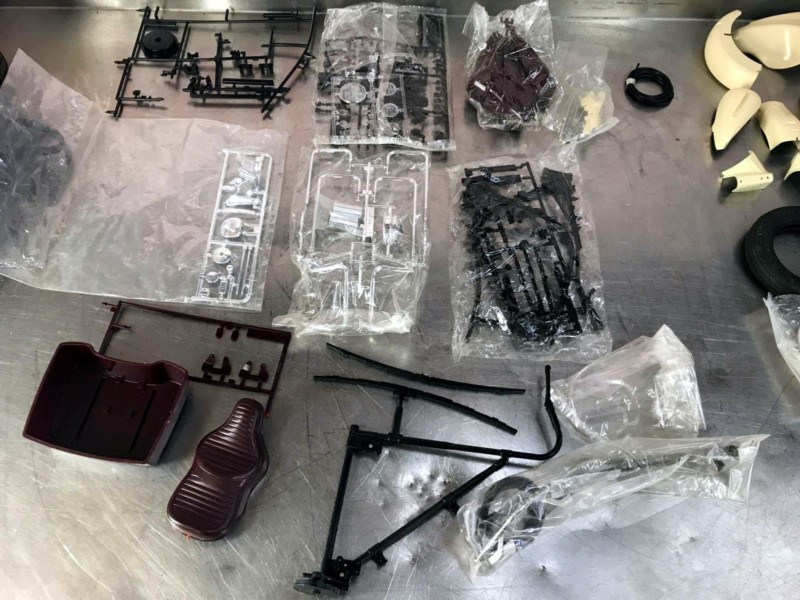 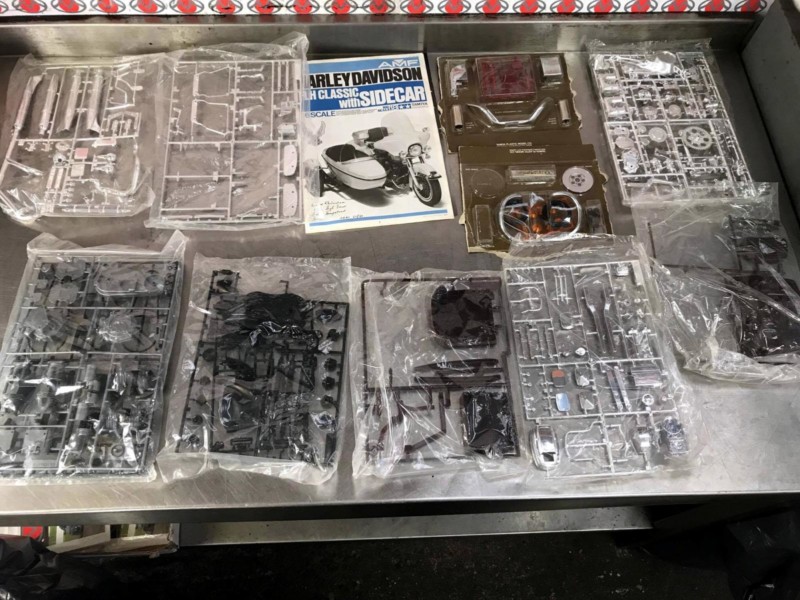 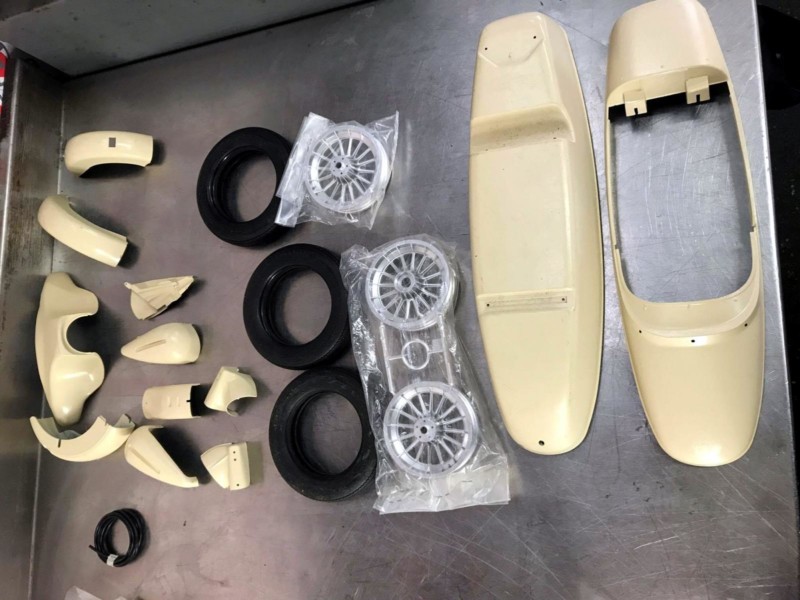 Usually I already have a picture in my head before I ever get a model. But this one came up so quickly I have not really had a chance to contemplate just how the finished model should look. So, if you're up to it, do a little sidecar research and let me in on your suggestions.

As with most of my big scale bikes this one will have working lights. So that suggestion is already in the works. 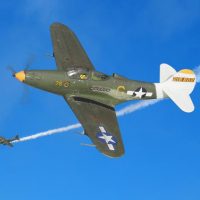 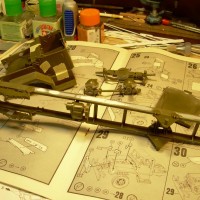 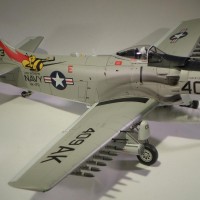