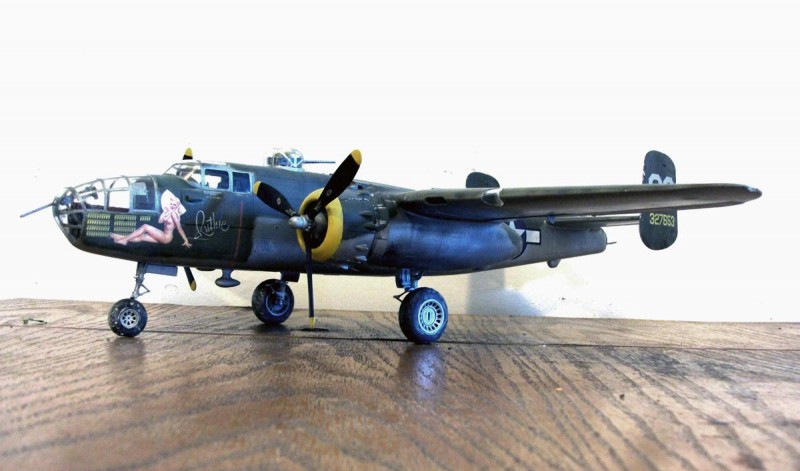 Around 2200 hours on the night of May 13, Captain Thomas and three friends interrupted their bridge game when they heard explosions to the north. They quickly realized it was a “show,” an air raid, though none realized what they were hearing was just the opening act.

Ninety Junkers Ju-88 bombers of the first and second Gruppen of the famous Lehrgeschwader I, led by Oberst Joachim Helbig, a veteran of 460 missions since September 1939, had crossed out of northern Italy at sea level, thus avoiding Allied radar on Corsica. Their target was Borgo Poreta, home of the 1st, 52nd and 324th Fighter Groups; their goal was to destroy the fighters. The German bombers dropped fragmentation bombs and incendiaries from 6,000 feet. The resultant damage was extensive, with over 50 Spitfires of the 52nd Fighter Group destroyed as well as many P-38s from the 1st Fighter Group and more than half of the P-47s of the 324th.

With the excitement over, the bridge players returned to their game, slipping into their cots shortly after midnight. Alesani airdrome was roused at 0230 hours by the sounds of explosions on the field. The German bombers had returned to their base where they rearmed and refueled. Again led by Helbig, they had returned to Corsica accompanied by 60 additional Ju-88s of Kampfgeschwader 76. Surprise was complete and the Germans lost no bombers. 22 Americans were killed and another 219 wounded at both fields. As a pilot of the 488th squadron remembered, “We had all these nice new shiny silver ships, and they reflected the light from the fires so well that the Germans had no trouble spotting where to drop their bombs.” The two raids were the last major bombing attacks made by the Luftwaffe in the Mediterranean Theatre of Operations.

The next morning, the survivors surveyed the damage. 65 B-25s had been destroyed, leaving only 20 Mitchells flyable. The 340th had taken a roundhouse punch for the third time in nineteen months. The 487th Bomb Squadron’s war diarist wrote, “Picks and shovels were at a premium throughout the area all during the daylight hours while those who didn’t have a slit trench dug one and others improved upon theirs.” In a gesture of defiance, the 340th group mounted an attack against the railroad tunnel at Itri with the surviving airplanes the next day, May 15.

Five days later, on May 20, the aircrews and ground crews of the 340th were busy with buckets and brushes, painting the upper surfaces of the surviving bombers and the new replacement aircraft flown in since the raid with green camouflage paint cadged from the French squadrons at Ghisonaccia Gare. No one noticed the C-47 that landed with supplies and replacement aircrew. The next day, three of the second lieutenants, a non-commissioned warrant officer, and three sergeants among the replacements were assigned to the 488th Bomb Squadron of the 340th Bomb Group. The warrant officer bombardier was Flight Officer Francis Yohannon. He was accompanied by another bombardier, a skinny Jewish kid from Brooklyn who dreamed of being a writer and had just celebrated his 21st birthday on May 1. Second Lieutenant Joseph Heller hadn’t graduated high enough in his navigation school at Santa Ana Army Airfield in southern California to qualify for further training with a specific crew.

A week before his arrival on Corsica, Heller had written in his diary that he was ready to see action. He wanted to see “skies full of flak, and fighters screaming past in life and death duels high in the clouds.” Four days later he flew his first bombing mission. He found all the action he could have wished for during his tour of duty on Corsica.

He also found something else. He found there was a catch to it all. Catch-22.

From: The Bridgebusters: The True Story of the Catch-22 Bomb Wing 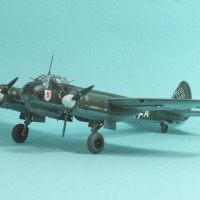 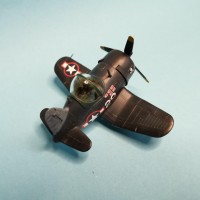 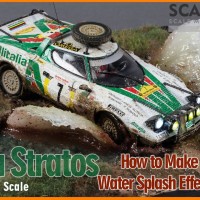 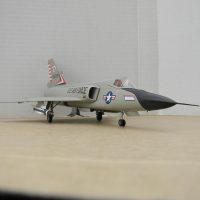