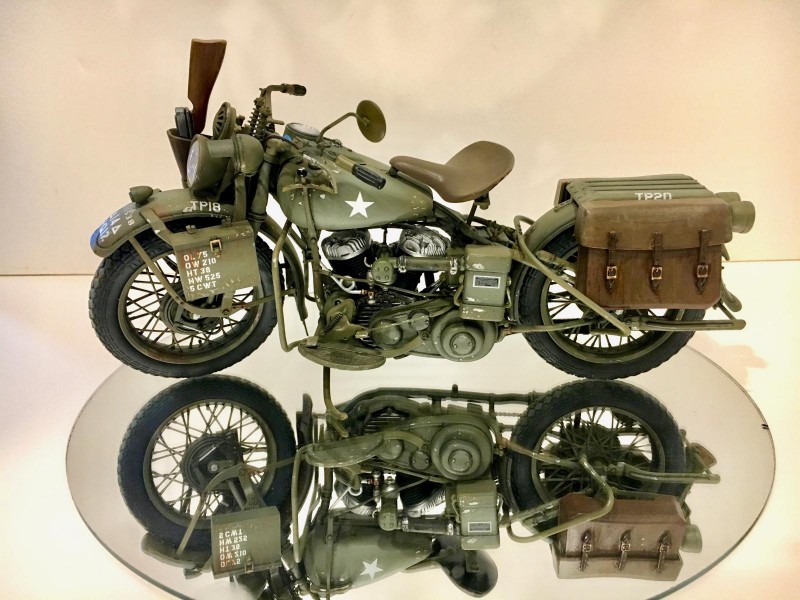 Here is my recent build of Italeri’s 1/9 scale 1942 Harley-Davidson WLA motorcycle. My oldest son gave me the kit for Christmas two years ago but I waited a while before attempting the build. After doing my P-26 and Fw 190 D-9, I felt I needed a break from airplanes and used it as a chance to “clean my palette” if you will.

First off, I want to give a special thanks to Matt Minnichsoffer. I studied his beautiful build of this kit which is posted here on iModeler and it was a great help in both filling in the “voids” left by the instructions and as a painting guide. I also did quite a bit of research on the Internet and even found the original Army field manual in pdf format that I downloaded for free. This manual was really nice augmenting the instructions since most of the kit parts actually mimicked the real motorcycle parts. When done, you can almost say you are a motorcycle mechanic. OBTW, the blue "S" on the instrument binnacle means that this bike had a "noise reduction circuit" incorporated in the ignition system so that a field radio could be installed if needed. A little bit of useless trivia gleaned from the Army field manual.

This kit is a redo of the old ESCI kit and as such there was quite a bit of flash that needed cleaning up if you wanted to have the parts look nice. I just mention this as a heads up if you are looking for a “Shake and Bake” kit, which this really isn’t. The parts, however, are delicately molded and look really nice if you have a bit of patience to clean them up properly. Quite a few of the parts are very fragile because of this delicate molding, so be careful not to break them. Other than that, the build was fairly straightforward. Just be sure to follow the somewhat sketchy instructions and dry fit the parts before committing to glue. One thing I did out of sequence though was clean and paint the wheel halves before gluing them together around the rubber tires. Unlike my airplanes, I painted the various components (frame, wheels, fenders, etc. separately and then assembled the bike. It seemed like the simplest way to do the job.
Since this was my first non-airplane/vehicle build since I was a kid (a long, LONG time ago) so I decided to be daring and try some new techniques like doing rust and oil stains along with paint chipping. I primarily used Vallejo Air acrylics overall with Tamiya acrylics for some of the detail work. Chipping was done with the help of Mig chipping fluid over a hodge-podge base of aluminum and rust colors followed by the OD main coat. Decals were from the kit except for the “8” for the Eight Ball gearshift knob. I thought that would be the kind of “attitude” touch an express rider would add to personalize his bike in a war zone. Further weathering and washes were done with a very dilute black oil wash. I then used Tamiya weathering colors for the road dust and dirt on the tires (thanks again, Matt). Once complete, the whole thing got a coat of Vallejo matte varnish.

To close, I entered this bike in Squadron’s Eagle Quest XXVII last weekend in Grapevine, Texas (just north of the DFW airport). I had never entered any contests or shows before but I decided I would give it a try since I live in the local area. I thought it would be fun to meet and talk with other modelers and pick their brains about tips and techniques. I decided to enter it in the “Out of the Box” category because: 1) it was out of the box, and 2) I didn’t want to compete against all the armor experts since I have no experience in the genre. This build won a High Gold medal and a Small Eagle award for “Best Out of the Box” and competed with eight other builds/dioramas for the Big Eagle/Best in show (out of over 300 entries). I don’t want to sound like I’m bragging, but I was stoked. I learned a lot and my wife and I had a great time. 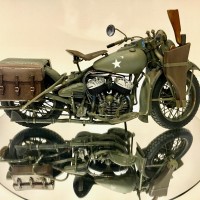 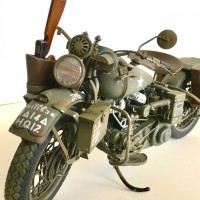 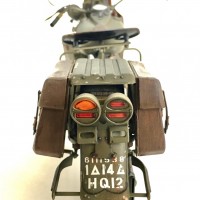 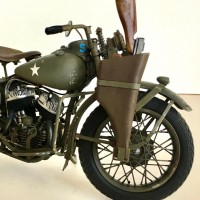 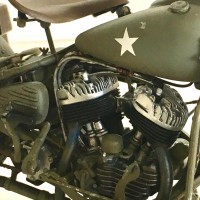 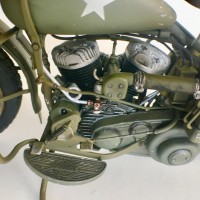 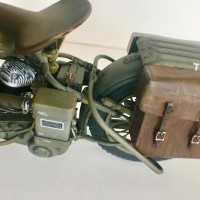 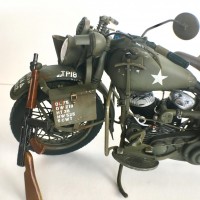 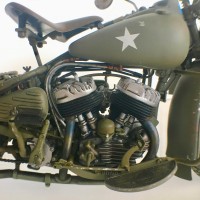 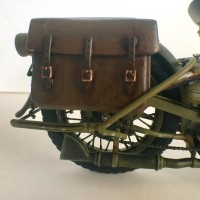 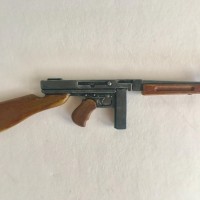 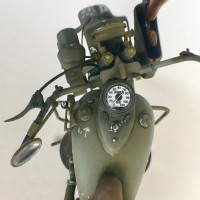 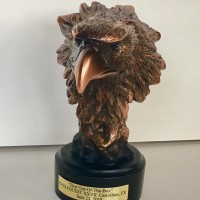 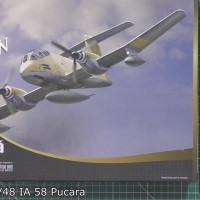 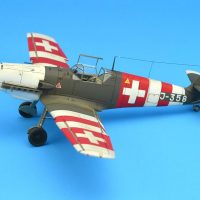 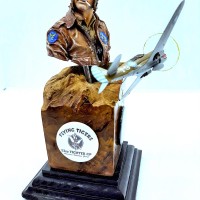 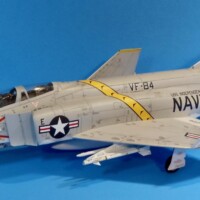 When I close my eyes I see teeeny tiiiny stencils.....Tamiya 1/48 F-4B
Rob Anderson