A very clear theme running through the series today, especially with the colourised photos, which need no captions. 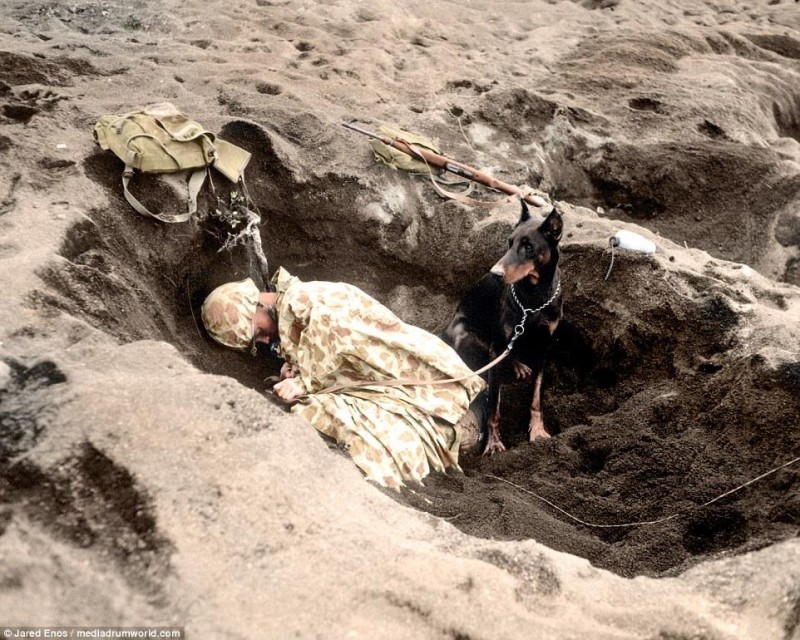 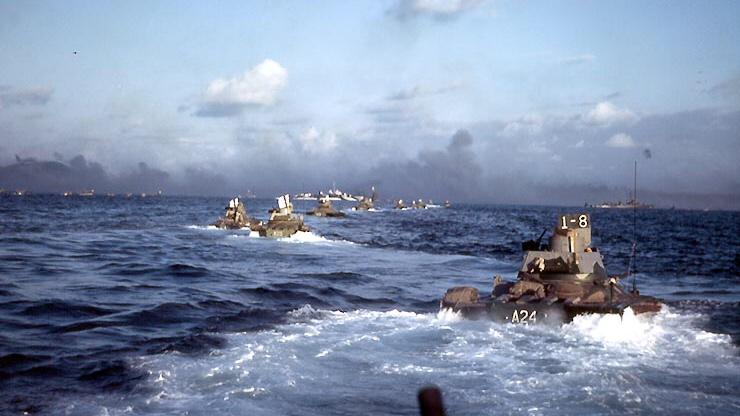 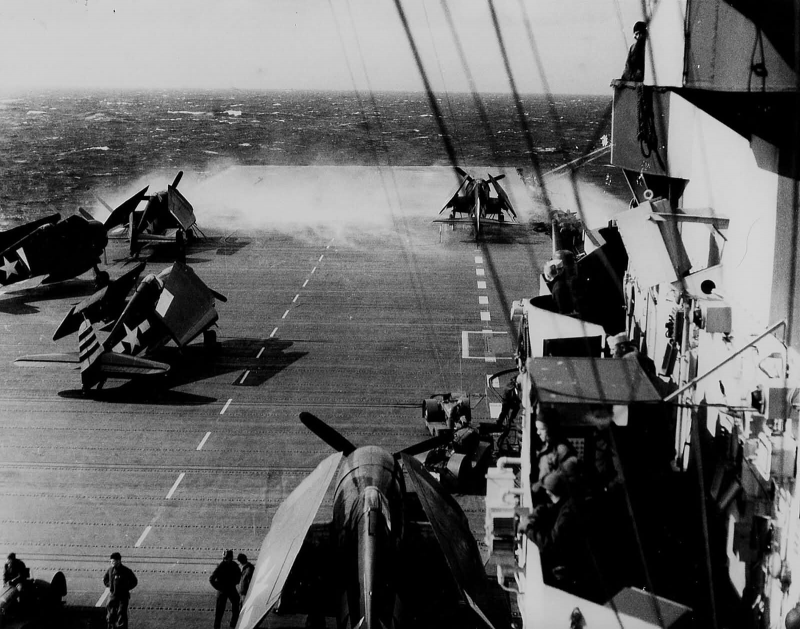 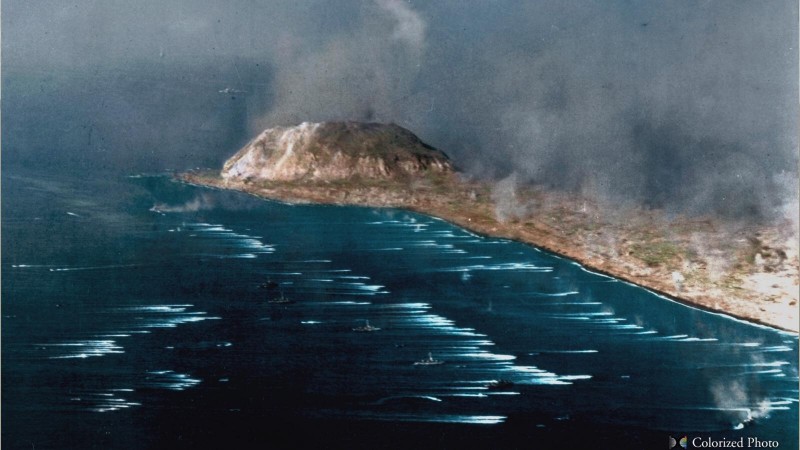 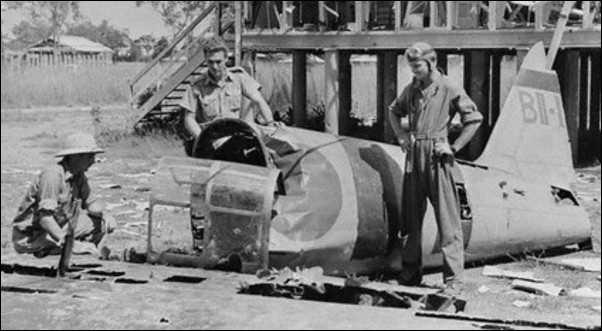 Raids on Darwin. A6M2 Zero BII-124 crashed on Melville Island, on February 19th, 1942, one of the first Zeros captured by the Allies. The number ‘BII-1’ of the complete Tail Number BII-124 is visible on the tail. The central section of this same wreck is displayed at the Australian Aviation Heritage , near Darwin itself. This Zeke was from the carrier Hiryu and was used on the attack on Pearl Harbor. The royal blue stripes on the fuselage represent the 2nd carrier in the 2nd carrier division (1st Air Fleet), the stripe on the tail represents flight leader (‘shotaicho’). Although the aircraft below is a ‘Val’ it illustrates the stripes nicely. 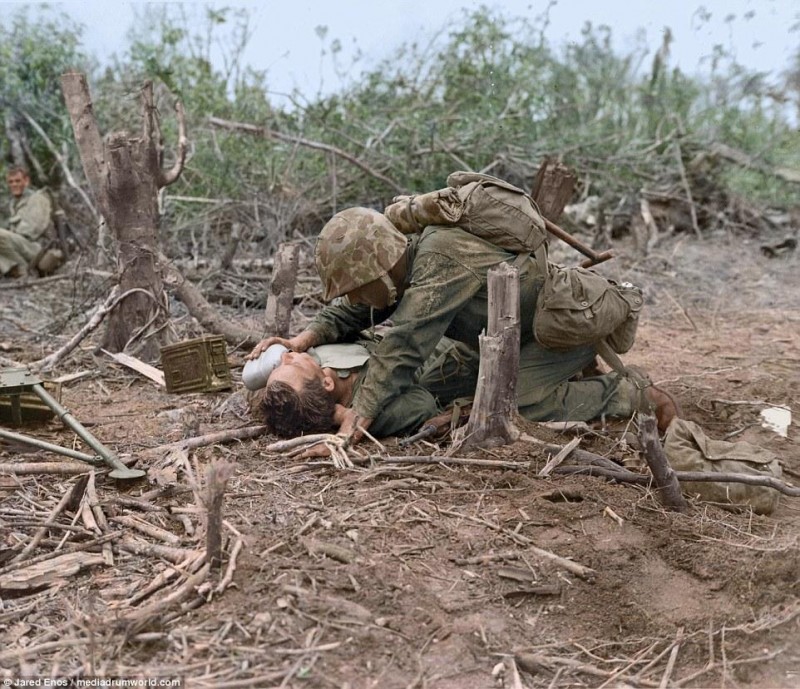 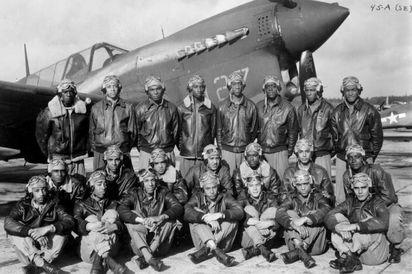 “On this date in 1942, the Tuskegee Airmen were initiated into the US armed forces.”

“The base opened on July 19, and the first class graduated the following March. Lieutenant Colonel Benjamin Oliver Davis, Jr., became the squadron's commander. The Tuskegee Airmen received further training in French Morocco, before their first mission, on June 2, 1943, a strafing attack on Pantelleria Island, an Italian island in the Mediterranean Sea. Later that year the Army activated three more squadrons that, joined in 1944 by the 99th, constituted the 332nd Fighter Group. It fought in the European theatre and was noted as the Army Air Forces' only escort group that did not lose a bomber to enemy planes.”

“The Tuskegee airfield program expanded to train pilots and crew to operate two-engine B-25 medium bombers. These men became part of the second Black flying group, the 477th Bombardment Group. Shortages of crew-members, technicians, and equipment troubled the 477th, and before it could be deployed overseas, World War II ended. Altogether 992 pilots graduated from the Tuskegee airfield courses; they flew 1,578 missions and 15,533 sorties, destroyed 261 enemy aircraft, and won over 850 medals. The American army’s 100th pursuit squadron a group of Black aviators fought valiantly over Britain and other European countries.” 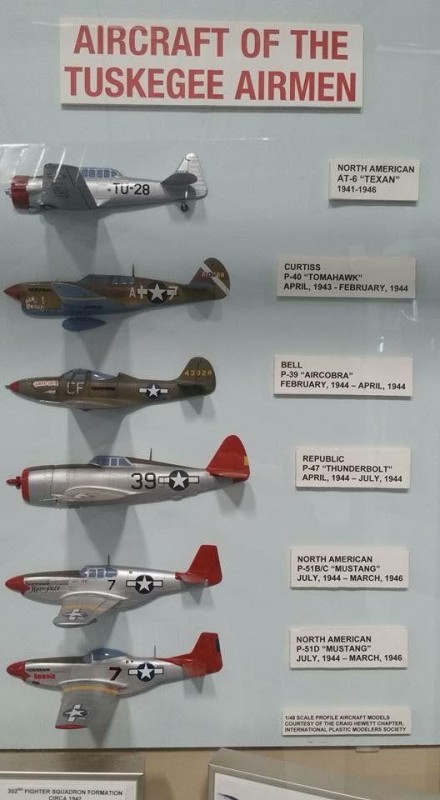 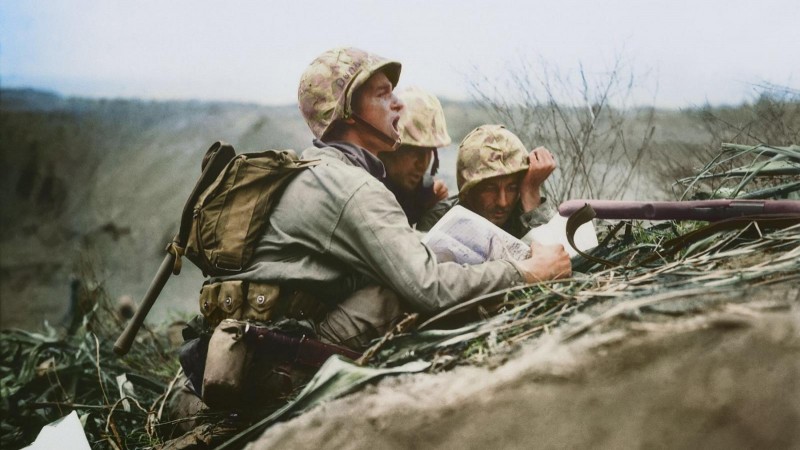 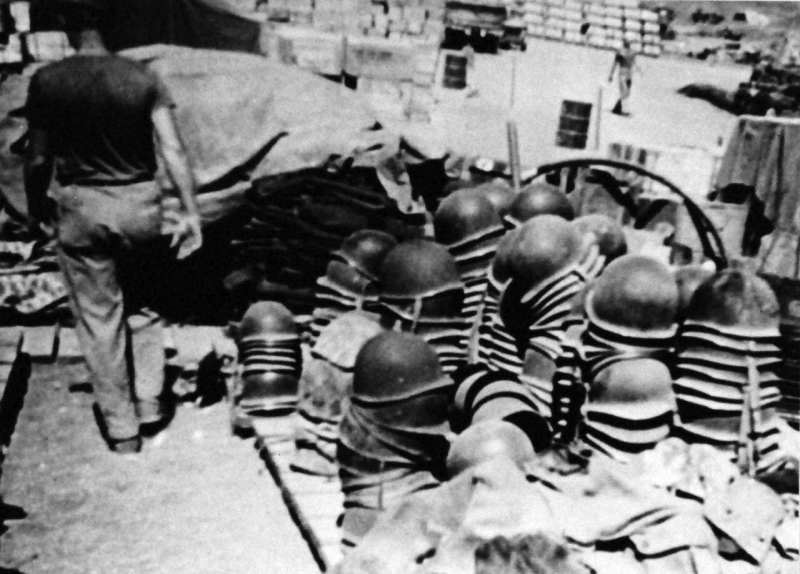 The aftermath of D-Day on Iwo - piles of personal belongings swept from invasion beach. The amount of helmets tells it’s own story. 19th February 1945. 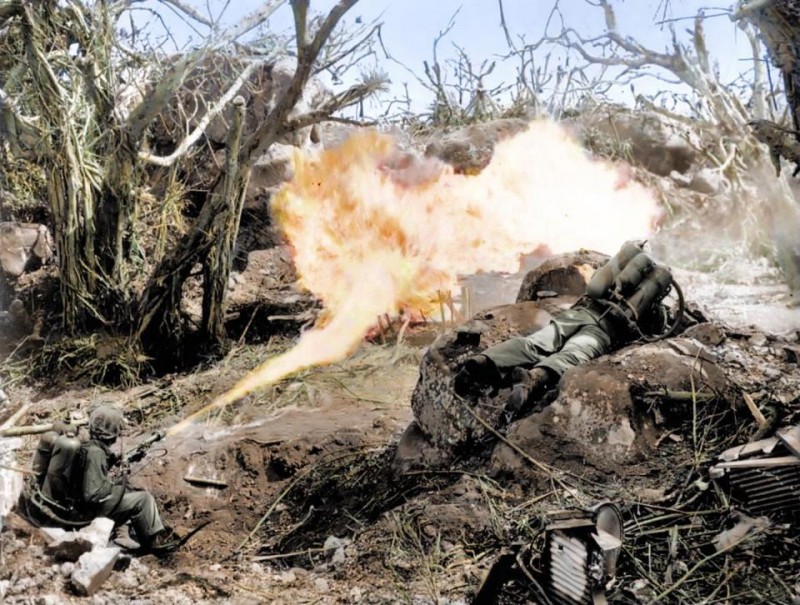 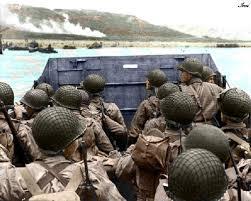 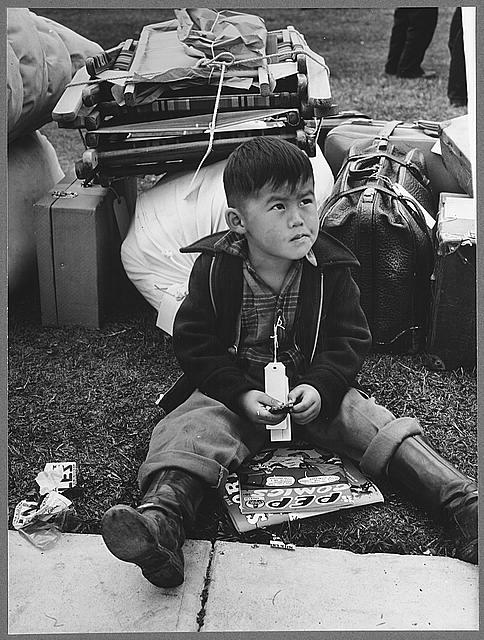 Lt Ira Kepford of VF-17 returns from a combat mission over Rabaul Bougainville on February 19, 1943. 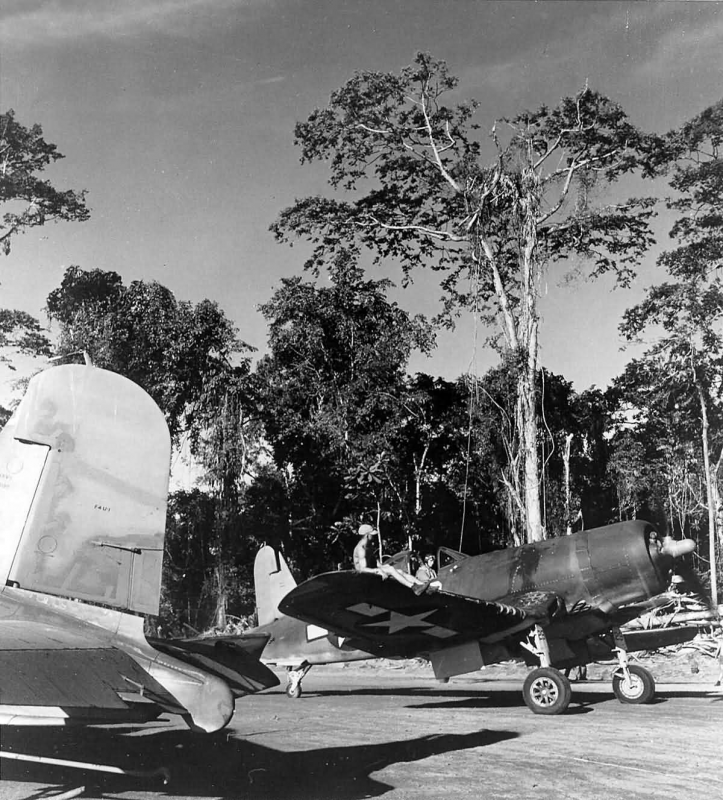 A year later than the photo above, February 19th - 1944: Japanese air & naval base at Rabaul officially ‘neutralized’ by Allied forces, last Japanese planes moved to Truk. Here we can see SBD Dauntlesses flying over Truk Atoll during ‘Operation Hailstone’ 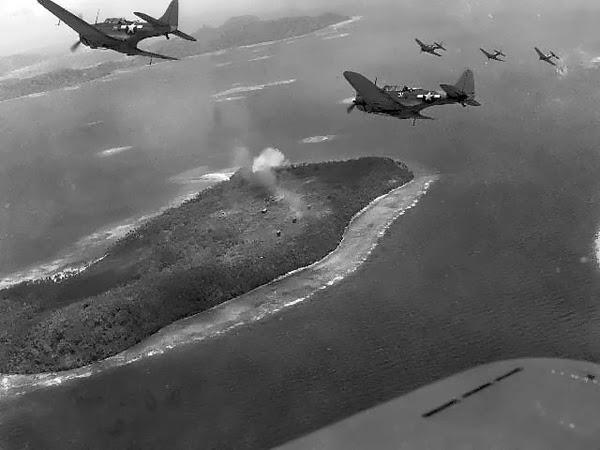 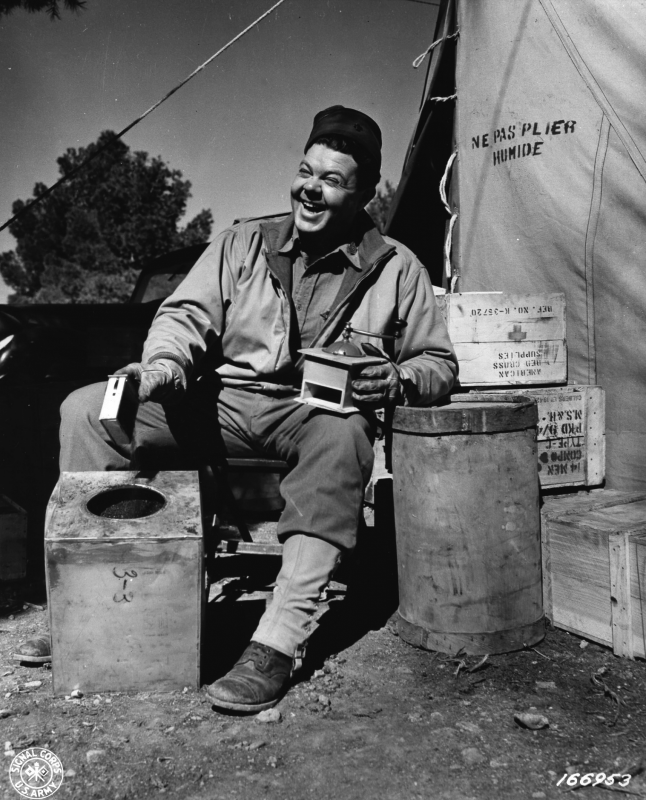 Where would we be without coffee? American Red Cross assistant field director Herbert M. Sifford grinding coffee in a camp near Tebessa, Tunisia, 19th February, 1943. 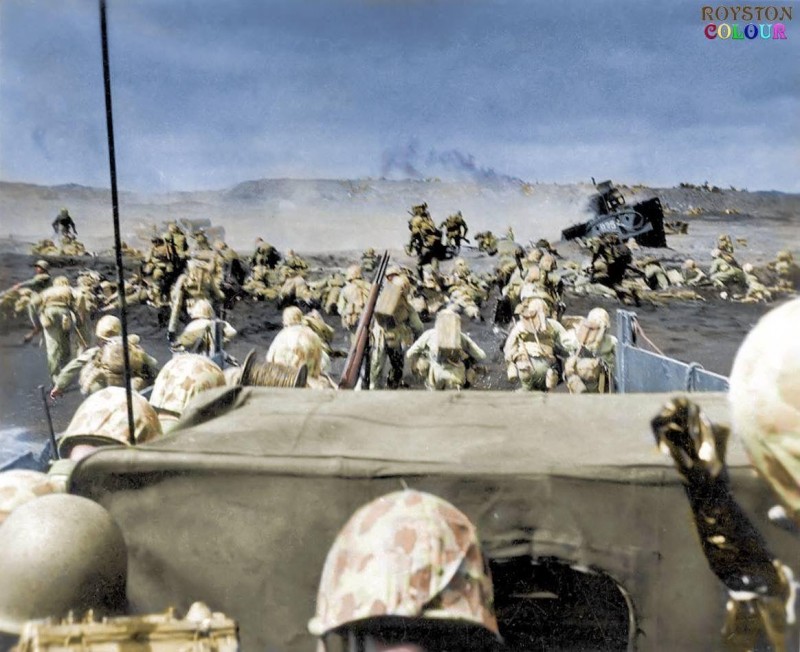 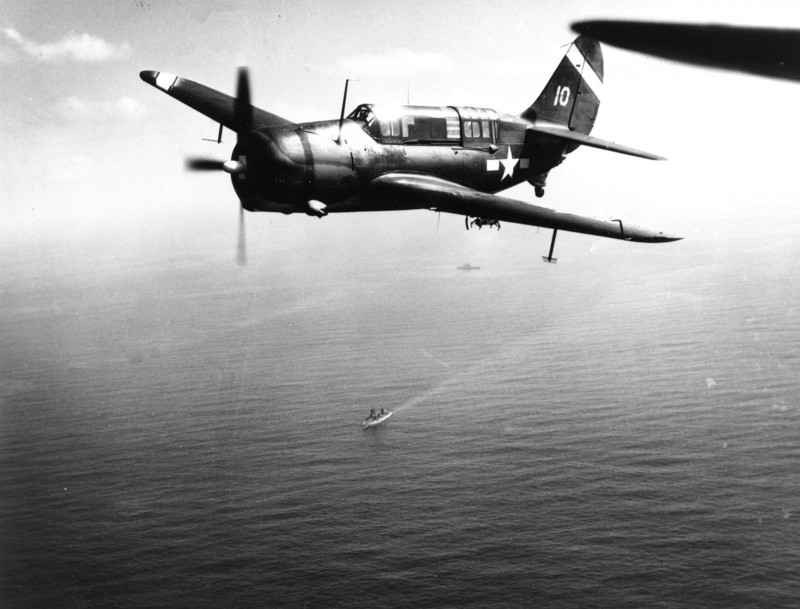 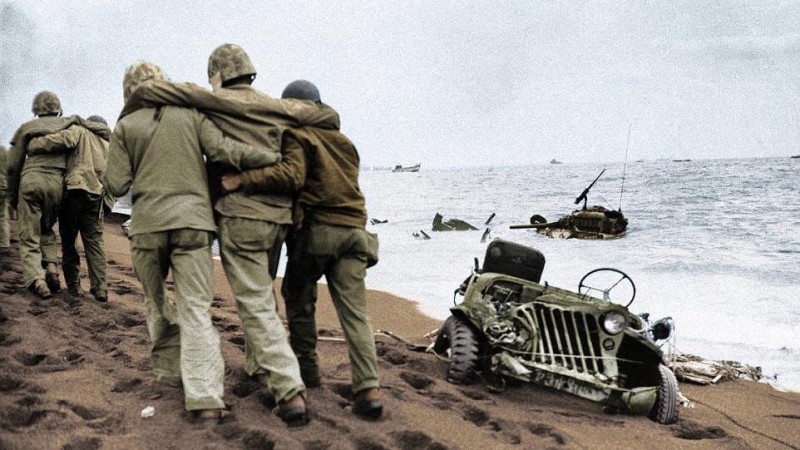 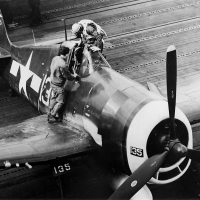 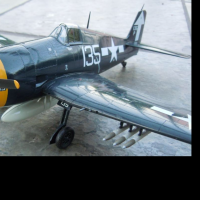 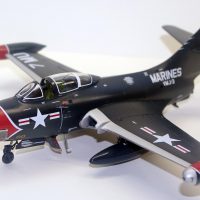 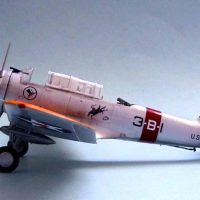 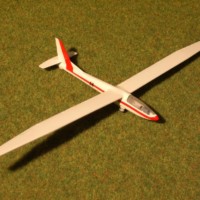 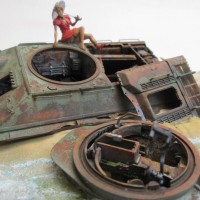