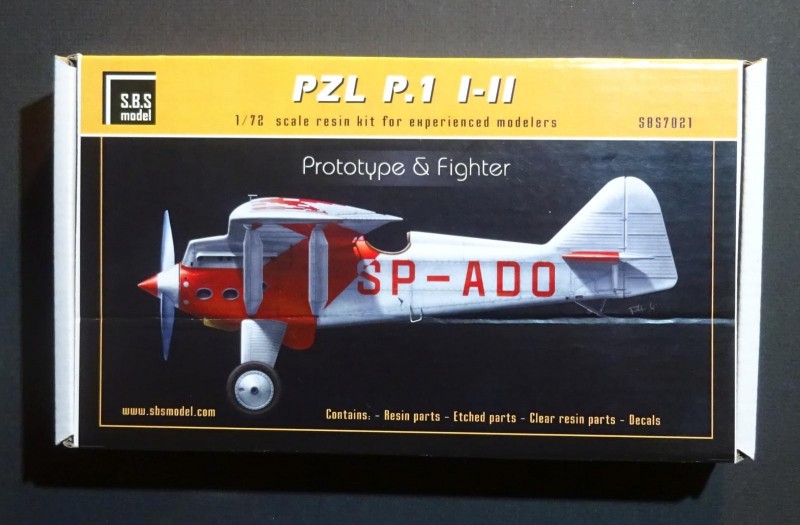 Hi All! This is a quick review on SBS new/old PZL P.1 prototype fighter kit. Old because they took over the Arma Hobby’s masters and new because they reworked it slightly.

The PZL P.1 was a Polish fighter manufactured by the PZL state-owned factory. It remained a prototype and this was the only in-line, liquid cooled engine powered PZL fighter and the first of the Polish PZL gull wing fighter series, leading to the PZL P.7, PZL P.11 and PZL P.24.

PZL aircraft works was founded in 1928 and this was their attempt to create a modern fighter for the Polish Air Force. The construction team led by Zygmunt Puławski designed an all-metal, metal-covered monoplane fighter, designated PZL P.1. Puławski's invention was a high gull wing, to give a pilot an optimal view, without an upper wing before his eyes, like in classic parasol monoplanes and biplanes of that time. The wing, supported with struts, could be thin in its root part, at joint with a fuselage. Other new idea was a scissors-like fixed undercarriage, with shock absorbers hidden in the fuselage. The P.1 was powered with a 630 hp Hispano-Suiza inline engine. Another than unusual feature was the use of wing tanks (400 liter in each wing).

The first prototype was flown in August 1929 by Bolesław Orliński. In the first flight, the wing leading edge distorted, but Orliński saved the aircraft and possibly the whole program. In late 1929, after static trials, the prototype was modified and strengthened. In March 1930, the second prototype was flown (P.1/II). It introduced, among other changes, a revised shape of rudder, similar to Pulawski's next fighters.

The P.1 remained a prototype, because it was decided that a fighter for the Polish Air Force should be powered with a radial engine, produced under license in Poland. As a result of this decision, the next fighter designs were produced, based upon the P.1, starting with the PZL P.6. This decision has been criticized by some modern authors, as radial engines produced more drag, without advantage of more power, and reduced visibility from the cockpit. It was planned in 1929-1930 to build an improved P.1, with the designation PZL P.2, but this was abandoned after building the fuselage. Puławski himself hoped for a second chance to build fighters powered with inline engines, and developed the PZL P.8 in such a layout in 1931.

And now something about the kit: this is an all resin kit with photo etched parts and a decals (for the second prototype) in a sturdy cardboard box. The molding quality is excellent – as you may expect from SBS – and parts are made from light grey resin. The resin is the usual SBS, not too soft and not brittle so its easy to work with it. They send me the kit for testing so I gave some information about what they changed, improved. They reworked the fuselage (surfaces) and made a new master for the engines, repositioned and refined the pouring stumps for easier cleaning of the parts. They made a new clear resin windshield also and remodeled the radiators completely. The latters are really well made - You can see the cooling pipes among the radiator fins for example. The original kit has its strengths for example the ribbed surface textures of the wings are beautiful – see the pictures.

I test fit the main parts and they fit generally quite good. The breakdown is unusual on some aspects but the engineering is clever and the low parts count is also a good starting point for an easy and quick build. The only thing I can complain is they retained the original design’s rather strange feature namely the propeller cone is integrally molded with the engine cowling. Will see how it will look on the finished model.

Another new feature is that the SBS offer contains all parts for the two prototypes (Arma originally offered these as two different kits). The first and second prototypes differed from each other from the engine cowling and radiators and the tail surfaces. Now You can choose which one You want to build. The PZL P.1/I wasn’t painted at all so the NMF could be a challenge while the PZL P.1/II wore an interesting and colorful white/red painting – You get decals for it. The ribbed surface could be a some problem, but the decals itself seems well made. In my example they were from the original batch made by Techmod. They are usually good decals but the carrier film is very thin so the decals could be very delicate. We’ll see. The instructions are clear and logical as we expect it from SBS. They a accompanied neat a color printed drawing with the painting information also.

To summarize it this seems being a very decent kit on and interesting subject with some well assorted improvements on the original issue and an all-round quality feel. The price is also good for a limited edition – and well made – resin kit.

I will build it so I hopefully soon I can tell my experiences in depth. Thanks for reading and good modeling for everyone! Gabor 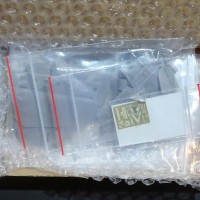 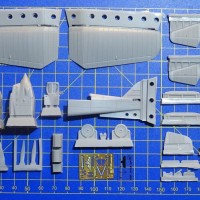 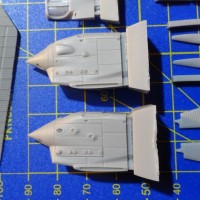 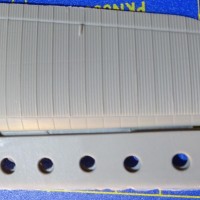 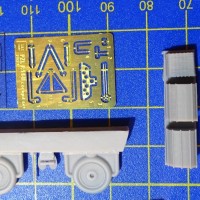 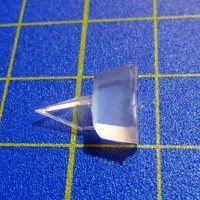 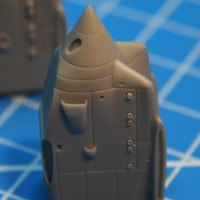 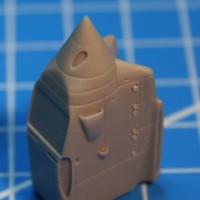 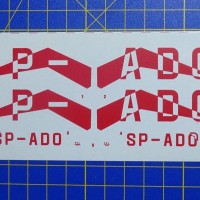 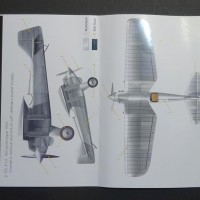 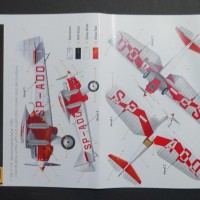 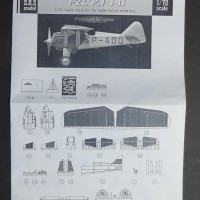 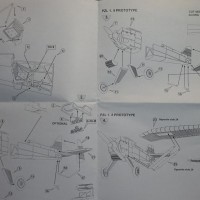 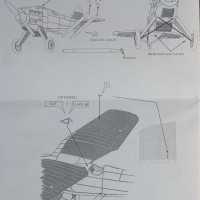 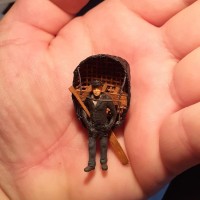 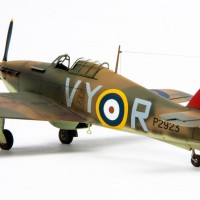 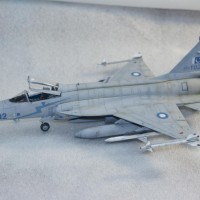 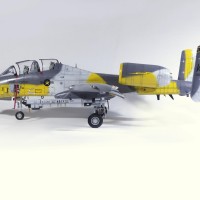