I bought this kit for $10 at a contest, after calling a friend to ask if he could vac-form new canopies, as those in the kit were yellow as burnt wheat! The kit was a mix - it has nicely engraved panel lines, some nice resin additions (bomb shackles, exhausts, cowling air scoop, gun, tail hook, bombs, airbrake bases - can't remember if anything else - maybe the engine...), PE airbrakes (ouch - see photo), and as mentioned, vac-formed canopy. Also, the decals were actually pretty nice and conformed well with solvent, though the ones for the horizontal tailplanes were incorrectly sized and had to be drastically trimmed to fit (four of them, very tedious!). However, it was also incredibly flashy, especially all the parts that build up the framed interior. I won't complain too much after that Mach2 Savage...!

I had started this kit almost a year ago, because a friend who was doing a review for some PJ Productions pilots asked me to photograph them in a cockpit. They were US Navy pilots, and my original intent was to use Midway decals to build a Midway Vindicator, so I built up the cockpit frame and the pilots - painting them up in USN style - and sent him the photos.

Then I realized that this kit could not be made into a US version. The most significant problem was the airbrakes, which the USN version did not have. I had thought I might be able to blank out the area where the airbrakes attached (there was a rectangular cut out into which was inserted a resin base, then the individual tines of the airbrakes were to be glued to that), but based on the construction of the wing, had I attempted that, it wouldn't have been true to a US version. So - I plopped the USN pilots into a French V-156 Vindicator!

Construction was straightforward, though the airbrakes were a pain. The inserts needed some trimming/filler to fit well, and as mentioned, each individual tine had to be glued down in place. I would have loved to have built them deployed to make all that PE detail noticeable, but because the roundels overlapped the airbrakes, I couldn't imagine a path to make that work that wouldn't have driven me insane! I can only take so much pain per project.

Because I intended to pose with canopy cut apart and open, I did add just a few details to the interior, though not visible in pictures. I also had to replace the front aerial post with styrene as the resin post was warped, added the small post on the tail, and the pitot. The resin bombs were nice, with a PE section that folded into a square tail fin, but somehow I broke one of the bombs beyond repair, so pulled a set of RAF bombs from a recent Tempest build and used those instead. Not quite the same shape, but they're hanging!

This was my second attempt with the airbrush, and at the show where I bought the kit, I had also purchased a set of French camo Lifecolor acrylic paints (after being convinced by the guy selling them that he used/loved them). I don't think I'll ever use them again. Took a bit to get the paint/thinner ratio right, and one of the colors (the chestnut brown) I couldn't use - it was too gloppy, so mixed up a matching color out of Tamiya paint. I free-handed the splotches since the reference photos showed that, even at this small scale, they would look about right with the soft edges. Even though softer than actual, I like them!

Canopy was tough. I'm not a fan of vac-form other than IF you get it right, it's a much better end result. Used a surgical scalpel to trim and sanding sticks to get the entire frame down to about where it needed to be, then scalpel again to cut it into sections and then trim down the sections in a way that would allow them to nest properly. When test-fitted (prior to paint), it looked perfect, though due to the nature of using the original canopy as a mold for the new one, meant it would be a tad oversize. This meant a little squeezing when glueing down to get it to fit properly. This is where trouble began. Once painted (no - I didn't mask and airbrush - I masked individual sections of frame and hand-painted), as I then tried to superglue the sections down and hold for a few moments until secure, I didn't get the same fit as when I had dry-fitted - especially the front section laying over the top of the center. If it weren't for that issue, I would have felt like this was one of my favorite/best builds, but it's just too obvious when you look at the result that it isn't right. Oh well - can't win them all!

I eventually do want to do a Midway Vindicator (I've already got the decals), and Azur has a USN version in my scale. Since I still have the second vac-formed canopy that my friend produced, I may look for one soon. 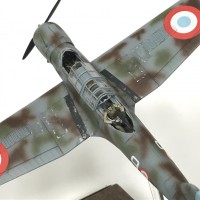 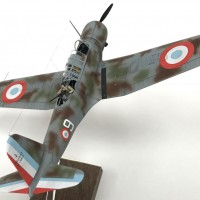 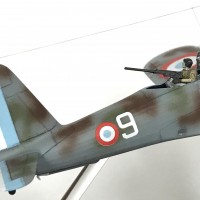 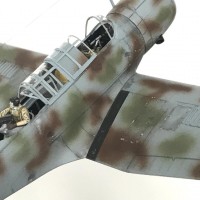 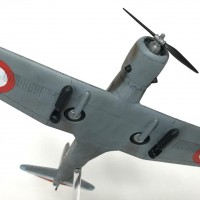 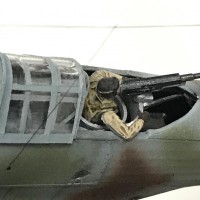 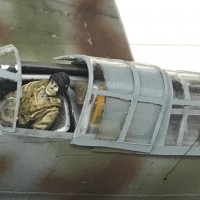 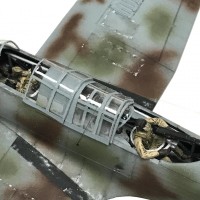 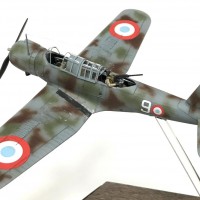 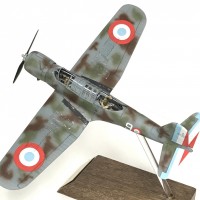 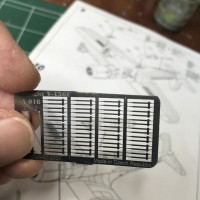 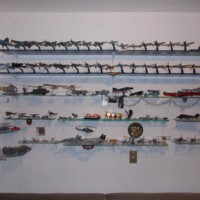 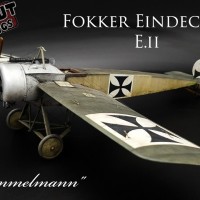 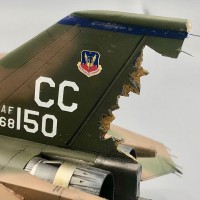 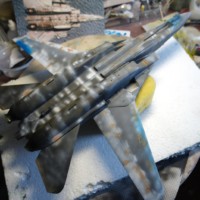