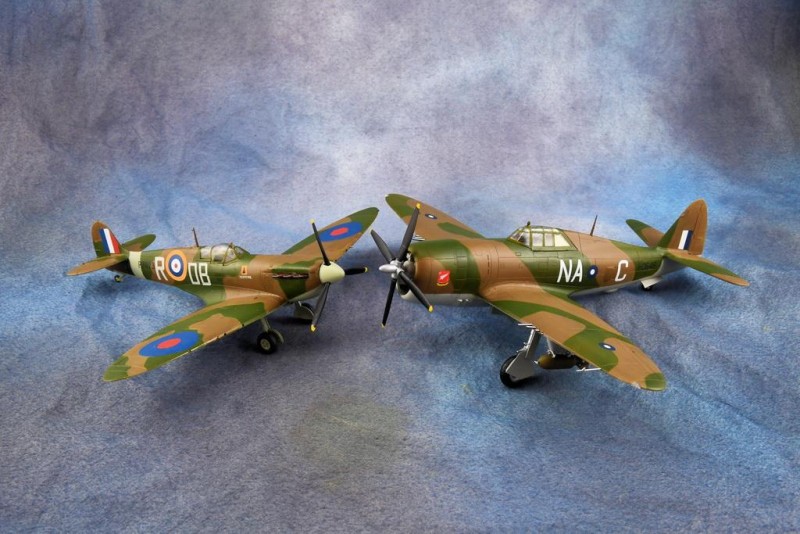 Not having dabbled in any serious modelling in over 40 years, I had decided to start this long lost Hobby again. Beginning with where it all began for me, my Father and the first two models I ever worked on. I don’t remember the exact year, but I was probably around 7 years old. My Dad had built a few plastic kits for me and decided it was time for me to learn, so he picked up a P-47 and we built it together. Neat little model, it came with a stand and had a motor driven prop. Among other things, he taught me how to build rubber band powered kits. The tissue paper covered balsa wood frame planes. That was a lot of fun, but I always came back to scale modelling. The first kit I built by myself was an early Spitfire. I was 10 years old when the “Battle of Britain” movie was released in theaters.

I picked up a Revell Spitfire to reacquaint myself with forgotten skills. The quality of the kit proved to be a challenge as you can see in the WIP covering the build. I was truly surprised to find a “Made In China” imprint on the trailing edge of the bottom wing exterior! The Hasegawa kit, a gift, was a far better experience. The few blemishes and faux pas on this kit were purely self-induced.

After several starts and stops, the Revell kit turned out to be a nightmare. In an attempt to keep on a steady pace, it became a “Test” subject and I picked up a Tamiya kit to fill the void.

Both planes were intended to be completed for the 100 Years of The Royal Air Force Group Build started by Paul Barber @yellow10. Suffice to say, they were not completed in time. Life threw a few surprises at me. My Daughter became a Bride and was married in 2018. Now I am about to receive my first Granddaughter in just a few months from now. Life is good.

You can see the WIP article for these two builds here: https://imodeler.com/groups/100-years-of-the-royal-air-force/forum/topic/early-memories-a-1-48-revell-spitfire-mk-ii-and-a-1-48-hasegawa-p-47d-razorback-thunderbolt/

Without further ado…………I present to you, my first builds in 43 years. 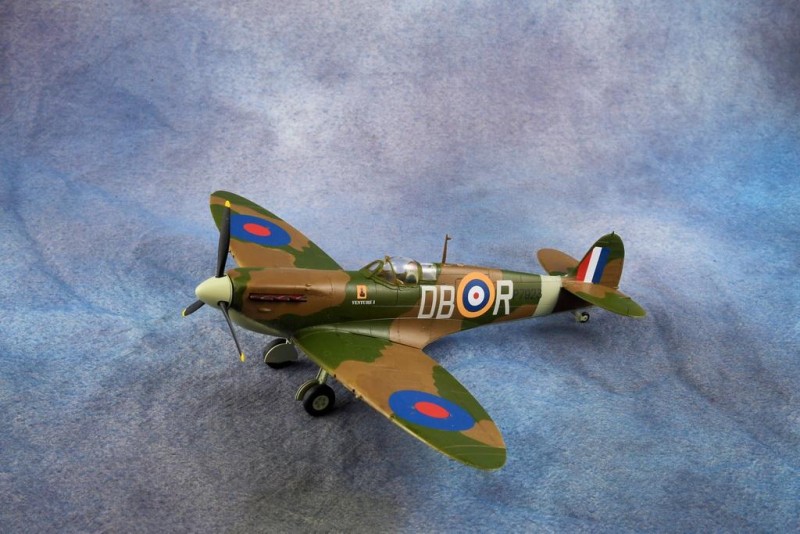 The Presentation Spitfire represents “Venture I” of No. 411 Squadron. No. 411 Squadron, Royal Canadian Air Force, was formed at RAF Digby on 15 June 1941 as a fighter unit, named “Grizzly Bear”. It became operational with Spitfires two months later and began fighter sweeps over northern Europe by September. In March 1942 it was posted north to 12 Group and engaged on routine patrolling until August when it returned to fighter sweeps and bomber escort missions over France and the Low Countries. For much of the remainder of 1942 the unit conducted training in night fighter duties and was involved in coastal patrols. In March 1943 it joined the Kenley Wing for more sweeps and later formed part of a mobile wing of three Canadian squadrons.

1944 saw the unit engaged on bomber escort duties and fighter sweeps, attacking targets in France. In April it began bombing tactical targets. On D-Day it was deployed on beachhead patrols, moving to Normandy on 18 June. It was sent into action against enemy transport around Caen and eventually moved forward with the advance towards Germany, where it moved in April 1945. After the war the squadron remained in Germany as part of the British Air Forces of Occupation and was disbanded on 21 March 1946 at Utersen. 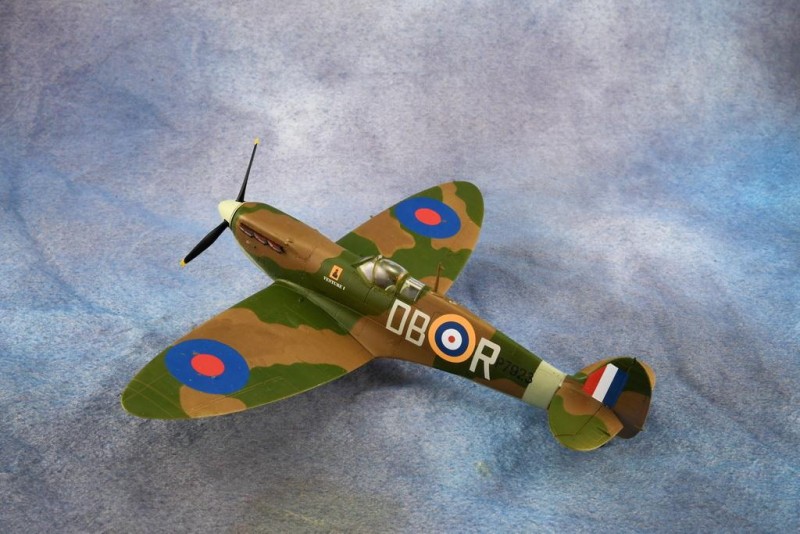 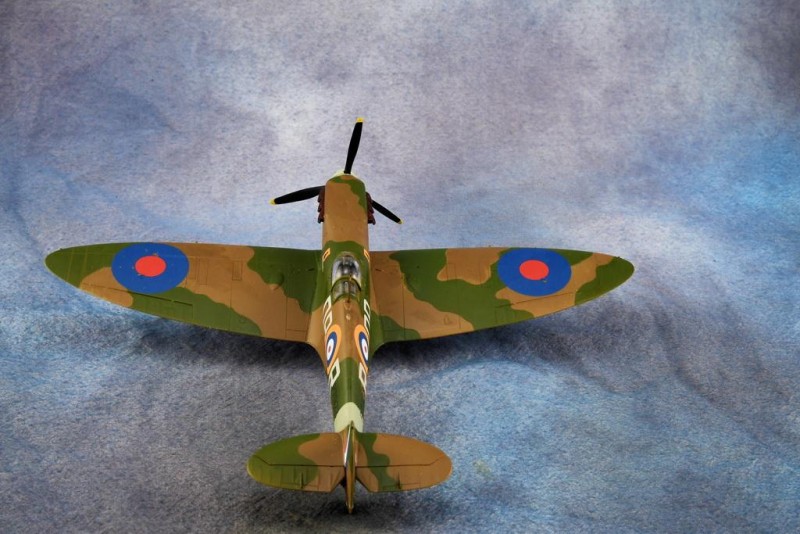 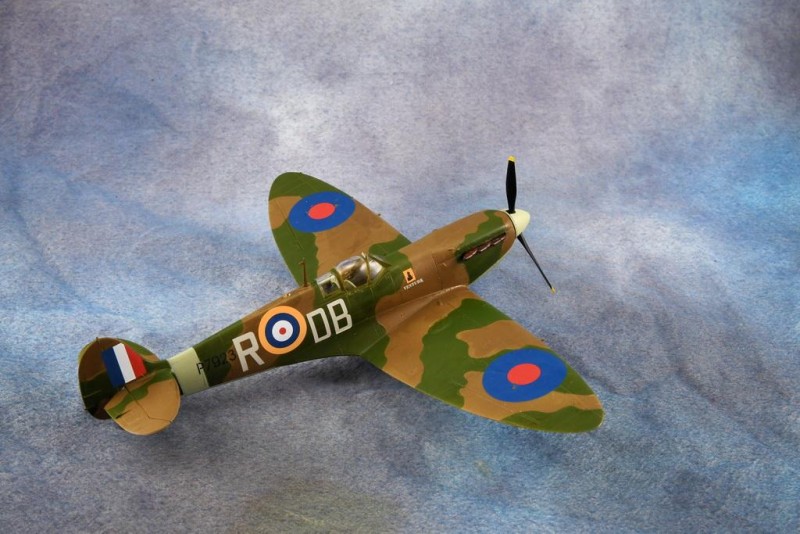 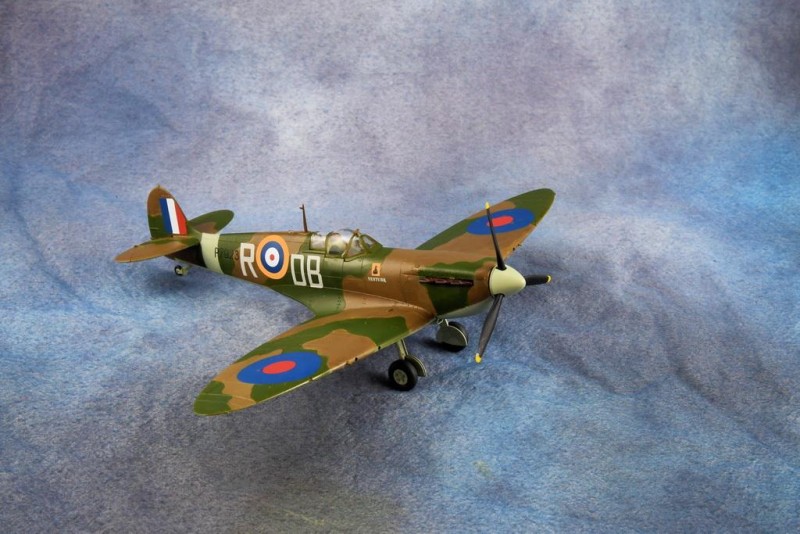 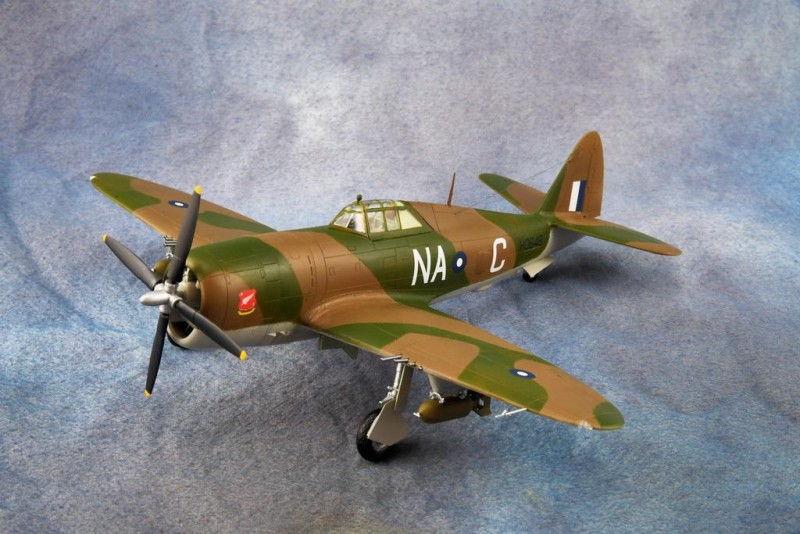 The P-47D represents a Thunderbolt I serial number FL848 as flown by Flying Officer, F/O Edgan N Wilson RNZAF. No. 146 Squadron was formed on 15 October 1941 in Risalpur, India. The Squadron flew the obsolete Hawker Audax, a variant of the Hawker Hart biplane of the late 1930’s. In March of 1942, the squadron received Brewster Buffaloes and Curtiss Mohawks and eventually transitioned into Hawker Hurricanes by May of the same year. In June 1944, No. 146 Squadron was among the first two fighter units to be converted into Thunderbolts. F/O Wilson flew the first squadron Thunderbolt operation on 16 September 1944. Of note, there is some discrepancy in the actual serial number of this plane. The decal sheet indicates HD648 as being the serial number but upon further investigation, I discovered it to be FL848 according to a publication compiled by Phil H. Listemann for http://www.raf-in-combat.com, found here https://www.raf-in-combat.com/downloads/no-146-squadron-1941-1945/ 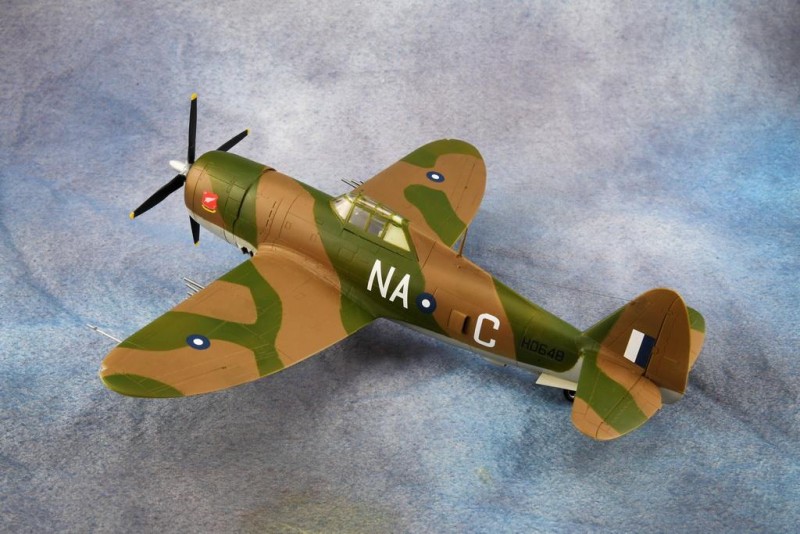 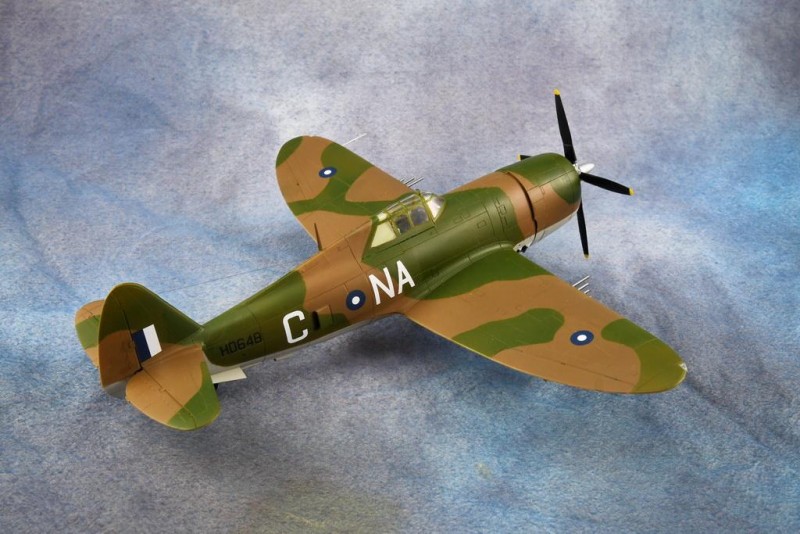 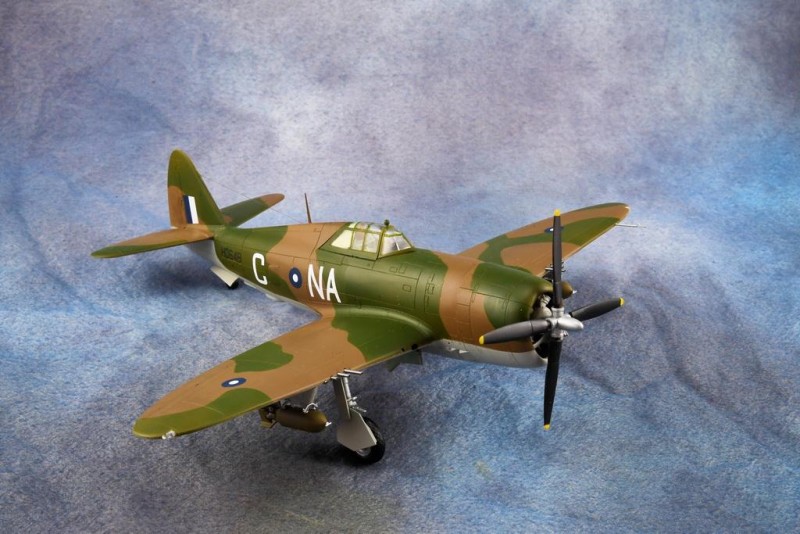 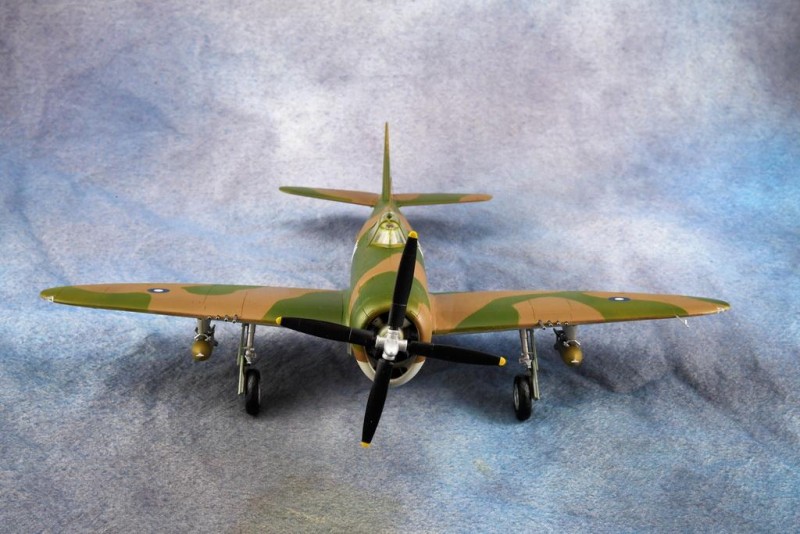 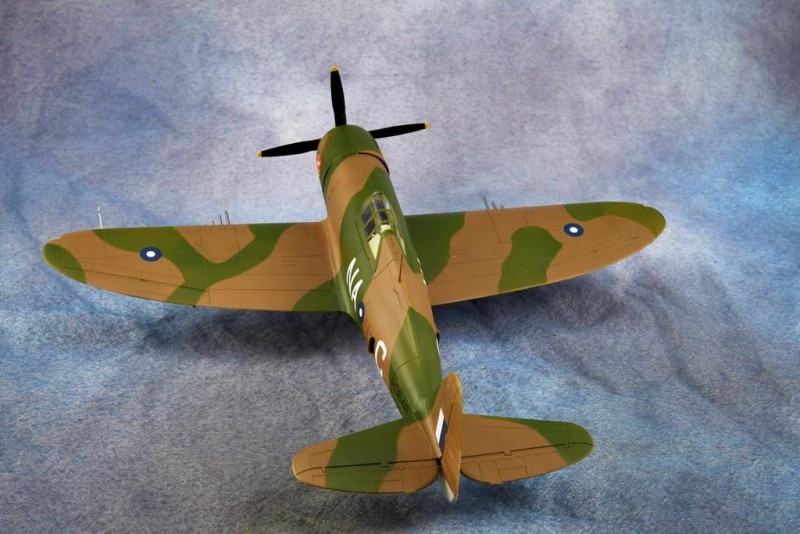 Since I had the Photo Booth set up, I decided to shoot a few photos of two of my surviving models from back in the late 70’s. Both are Tamiya in 1/35th scale. A little worn and missing a piece here and there, but they have made a long journey. Countless moves during college and after. Hidden in boxes and being jostled about. They now sit above my work bench as a reminder of days gone by. 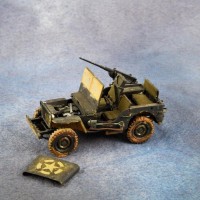 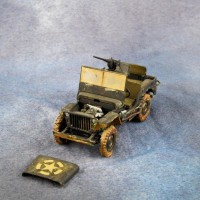 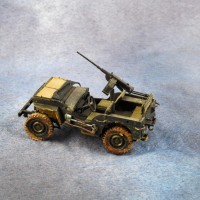 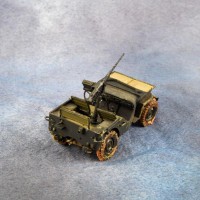 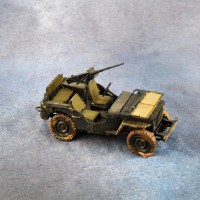 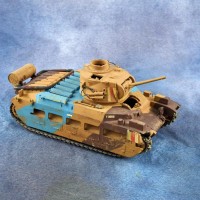 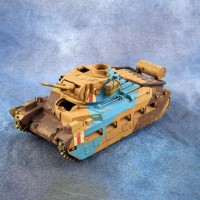 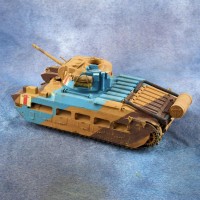 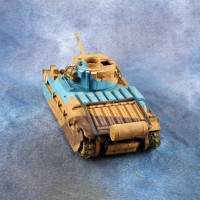 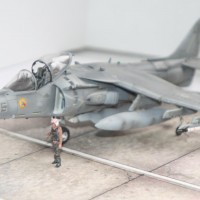 1/48 Hasagawa Harrier: The VTOL Warrior of the USMC
paul teixeira 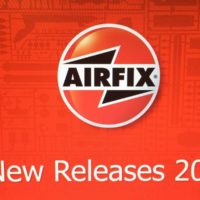 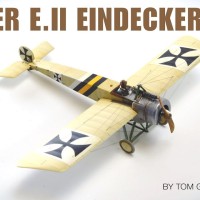 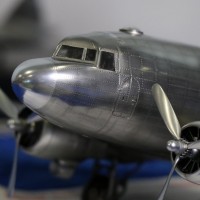