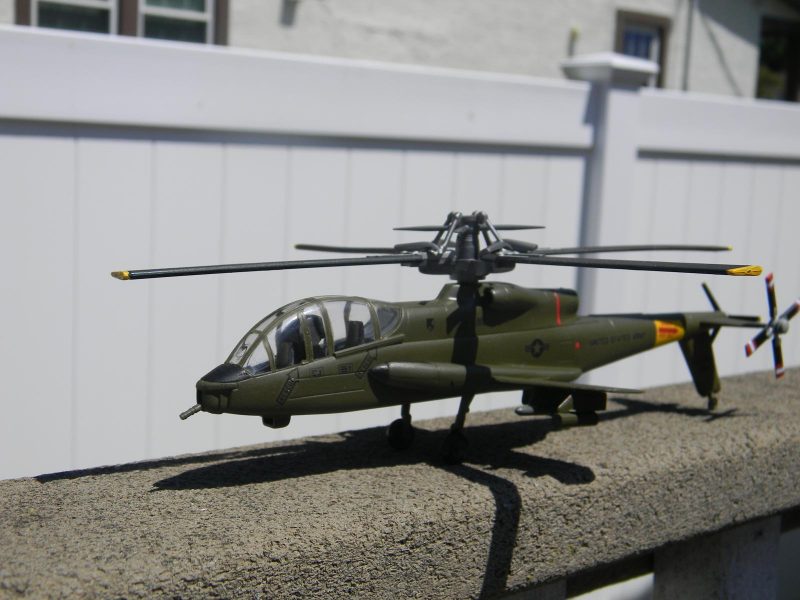 Developed by Lockheed for the U S Army Advanced Aerial Fire Support System contract. First flew in 1967 to replace Hueys and eventually the Cobras as attack helicopters. It was a compound helicopter, which included a pusher propeller in the rear and stub wings along the narrow fuselage enabled to reach speeds of more than 250 mph. The weapon systems were advanced for the time with some features ending up in the later AH-64. With some performance problems and delays in production and the political climate towards the end of the Vietnam war the program was cancelled. The videos I've on the net of the Cheyenne are pretty impressive. A total of ten prototypes were produced.

The kit is one of Atlantis's latest redo of an Aurora kit. It holds up pretty well and they have improved the decals, the national insignia are proportionally correct. unlike what you might find in the old Aurora and Revell kits. The kit does not include any ordinance so I kit bashed the things under the wings. 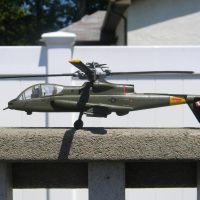 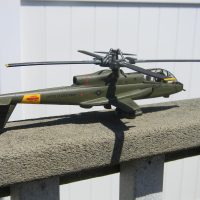 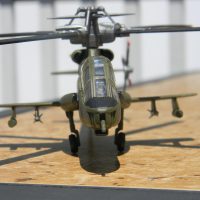 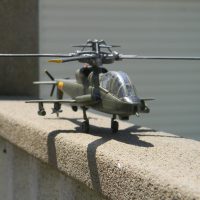 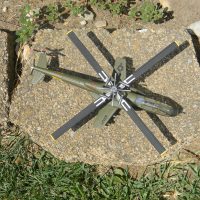 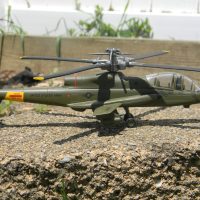 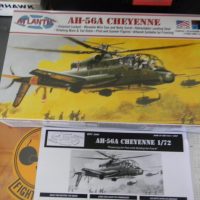 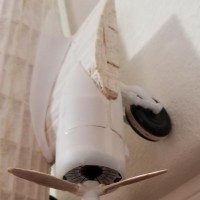 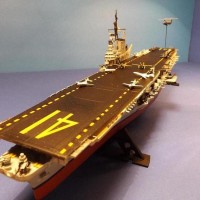 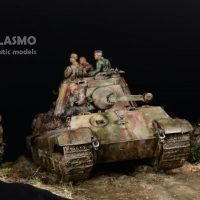 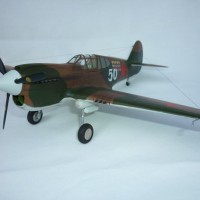