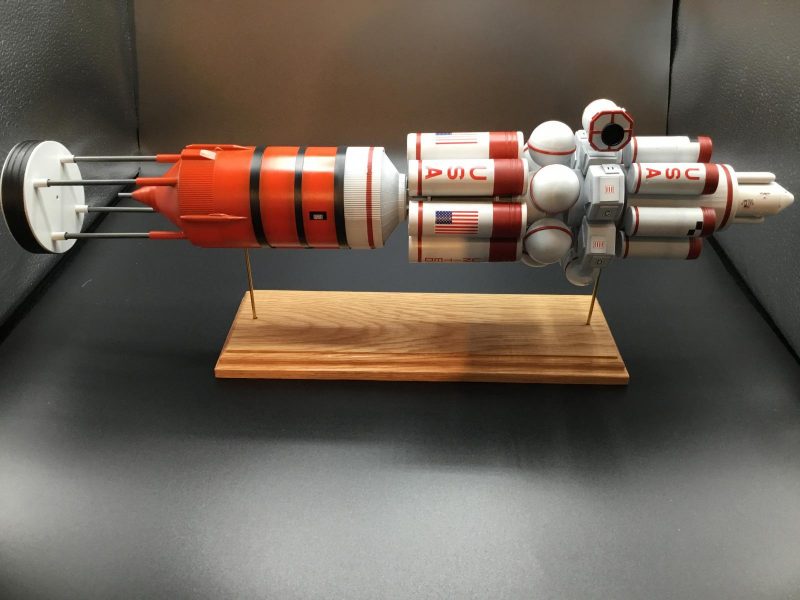 This project started with the Revell 1:144 Saturn 5 rocket kit, however I wanted to do something a bit different with it.
Project Orion was a spacecraft concept that the USA seriously considered in the late 1950s and early 60’s. The space race was ramping up and both the moon and mars were potential destinations however, there was (and still is) a problem with chemical rocket technology, that being it has a fundamental limit on the thrust it can produce which limits how much stuff it can lift and makes travel times very long (8 to 10 months to mars). Project Orion solved these problems by using nuclear rather than chemical power. The idea was that a nuclear bomb was ejected out the back of the ship and then explodes. The expanding ball of plasma hits the large pusher plate at the rear, imparting momentum to it and pushing the ship forward. The pusher plate is linked to a very robust shock absorber system. The system would eject and detonate a bomb approximately every second. The concept might sound a bit mad but from an engineering point of view would work (you tube has a number of videos on the non nuclear test models). In the end the partial nuclear test ban treaty of 1963 effectively ended the project.

The model uses the Saturn 5 kit for the rear section and for some parts of the front crew section. The spine and pusher plate are scratch built from plastic card and rod while the various cylindrical, hexaganol and spherical fuel and cargo pods are cast from scratch built resin moulds. The moulds were made using different sized glue sticks and a section of a container for toothpicks as the masters. This proved to be the trickiest part of the build as I had a number of issues with miscasts and air bubbles, most of which were sorted by switching to a different brand of resin.

Hope you find it interesting 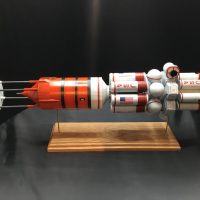 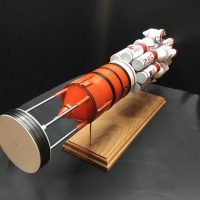 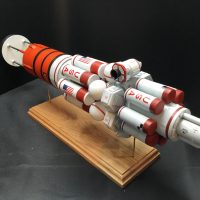 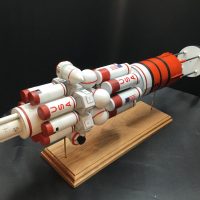 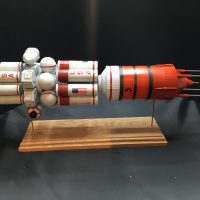 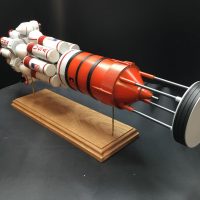 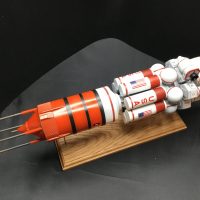 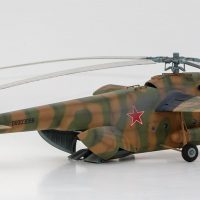 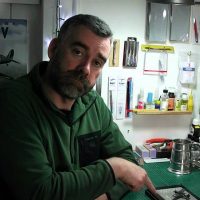 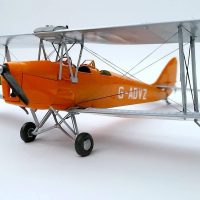 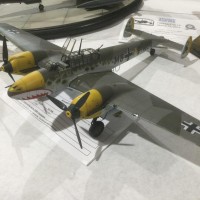