RIP Squadron Mailorder. They officially closed the doors yesterday. It was apparent over the weekend. They had a 70% off sale started last Friday, and by Sunday night, the website came up "under construction." Some locals had stopped by to pick up their orders and reported they were told "We're reorganizing" but "Their hearts weren't in what they said."

Jerry Campbell was Hell On Wheels to deal with, as anyone who ever did will tell you, but he was Honest. He really did transform the hobby. Those old newsletters back in the 70s really were little goldmines of ideas and information. And I will never ever ever forget the day I walked into the then-new Squadron Shop in Concord, up the Bay Area, 49 years ago, and saw those glass cases full of Dave Boksanski's models and realized there was a "whole other world out there" of what could be done with those boxes full of plastic parts. Went home and wanted to throw away my entire collection (which I kinda/sorta did over the next few years as I "upped my game"). As a result of Squadron, I became the Scale Modeler I always wanted to be. Jerry also saved my sweet patootie 20 years ago during a "rough patch." He did that for more than a few modelers who he saw as Contributors to the Hobby. He also went out of his way to support the scale modeling websites as they started in the late 90s, always good for supplying review samples of anything. Modeling Madness and Hyperscale wouldn't exist without him, that's for sure.

Too bad the MBA morons who bought him out and then bought each other out never understood what Squadron was. Of course, firing or letting go those who did know didn't help a bit.

Sadly, the place has really been dead for going on 2 years now. You had to order something so they could order it for you too often.

But Jerry's grandchildren - Sprue Brothers, Kitlinx and the others, live on. Long live the hobby. You were hard to love Jerry, but we all did, for what you did. 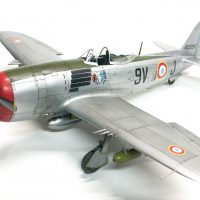 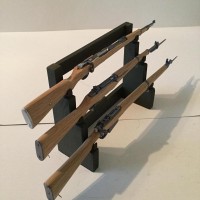