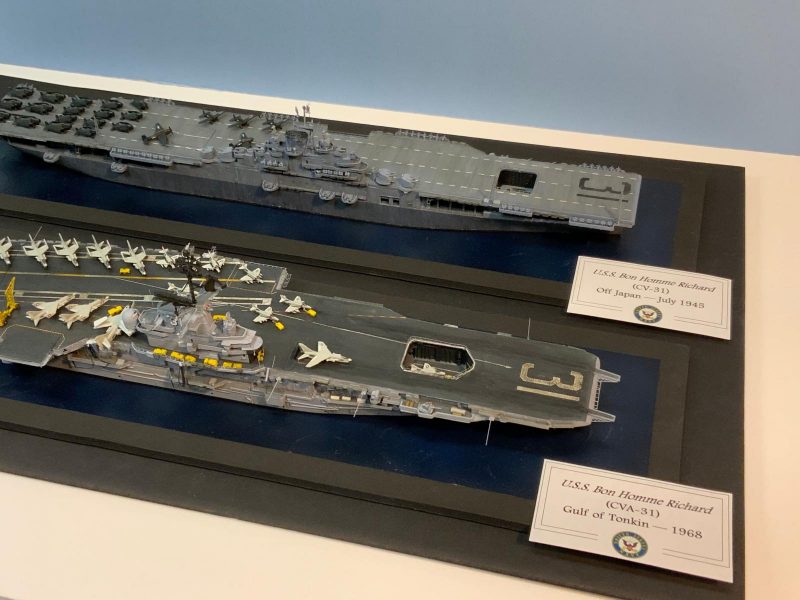 This is a "double build" of the same subject - the Essex class aircraft carrier Bon Homme Richard (CV-CVA-31) as it appeared in 1945 off Japan and 23 years later in the Gulf of Tonkin off Vietnam. (Build log is at https://www.scalemates.com/profiles/mate.php?id=48557&p=albums ).

My last two builds were the first modernized Essex, the Oriskany, which was completed to SCB-27A in 1950, and Essex herself, the second -27A ship but was she appeared in 1968 with the SCB-125 refit which added an angled flight deck and hurricane bow.

I became interested in building one of the last of the modernized Essexes, one of the SCB-27C ships which received their SCB-125 modifications in the same yard period. They had more powerful steam catapults, which meant they were able to continue in the attack carrier role until the end of their service life in the early 1970s. I was interested in learning how the ships differed from their older -27A sisters, which by that point were serving as antisubmarine carriers.

I was initially going to simply update a kit I already had in my stash, the Dragon 1/700 CV-31 as it appeared in 1951-1952 off Korea. But almost everything in the kit would be unused in such a radical kitbash, so I decided instead to turn the project into a double build, backdating the Dragon kit to 1945.

Model Monkey printed a 1945 island for me, and I backdated the ship's appearance to 1945. Mostly this required changing the AA fit, but the kit comes with so many extra spares that it actually had the gun tubs and 20mm singles I needed. I built new gallery deck catwalk and added the missing gallery deck structure that the catwalks were attached to. I used the Tom's Essex class PE set for the details.

For the 1968 version, I instead pulled an old Hasegawa Essex I had in the stash for at least 25 years. I wouldn't need many of the parts, and the basic hull and flight deck would be a good starting point. The Floating Drydock had a set of the plans as of late 1968, so I chose 1968 for my Vietnam-era model.

After adding the hull blisters I razed the Hasegawa kit down to the main (hangar) deck and tacked the kit on top of a set of frame markings, since I would have no landmarks to work from. I created a sort of sliding marker to transfer frame points to the model, and worked from there.

After studying photos of the -27C modernization, I realized that the shipyard actually cut off the bow down to the waterline and back into the forecastle, so I did likewise, cutting the bow back to frame 5, and then adding the forecastle, main, and second decks going forward. Forward of frame point 1 - the hurricane bow - I added profiles of each frame to give me a rough hurricane bow shape that I could sand and fine tune later.

I have kitbashed two Hasegawa kits previously, and my standard practice is to lay a completely new flight deck of .020 sheet plastic and detail that. I did the same here, building the angled deck up and then covering it with the new flight deck, topped with a Model Monkey island. I used the late CV-34, which required a lot of modifications to represent CV-31 in 1968, but seemed the closest match at the time.

One of the features I wanted to show in both kits was the forward elevator in the lowered position. The Dragon kit already had the correct shape and some detail, so it was a matter of adding detail and building the exposed gallery deck. The ship got a lengthened forward elevator in her 1955 refit, then a few years later the forward end of the elevator was extended even further, so this would be an opportunity to completely scratchbuild an elevator well. Unfortunately I eventually discovered that during Vietnam the elevator well was painted black again, so the detail doesn't show as well. 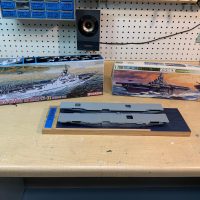 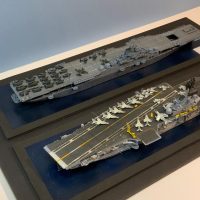 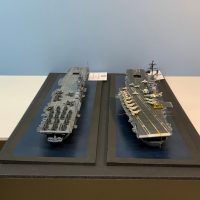 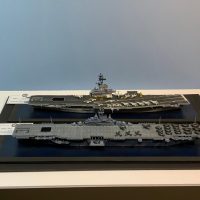 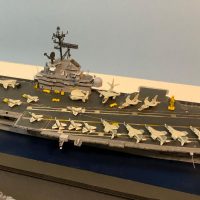 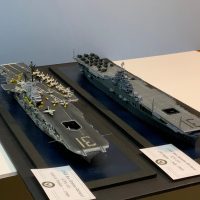 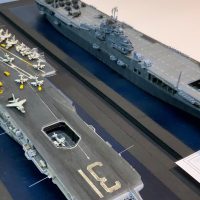 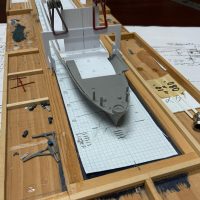 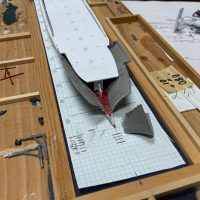 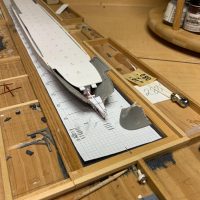 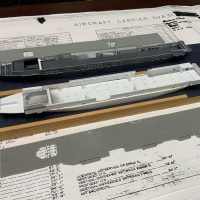 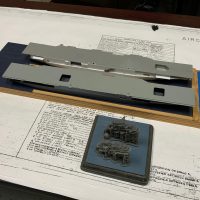 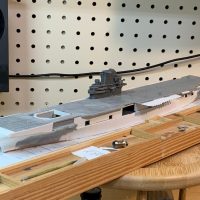 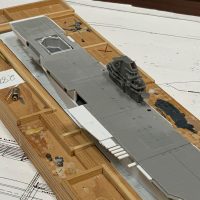 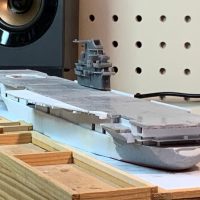 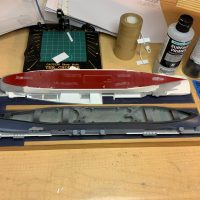 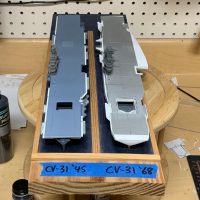 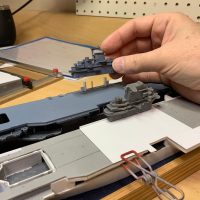 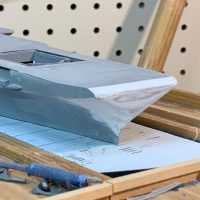 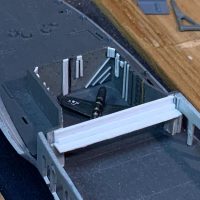 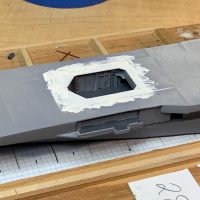 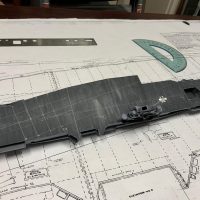 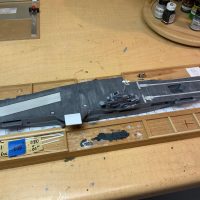 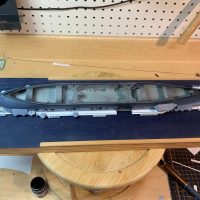 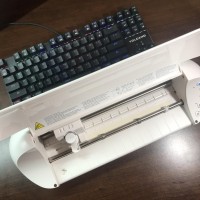 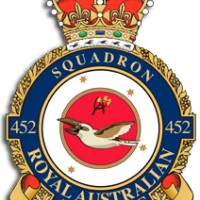 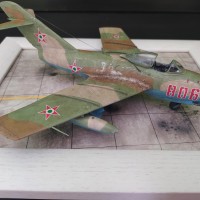 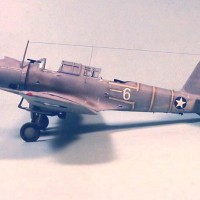