This article is intended to supplement and expand on Rick Kent's excellent Hawker Fury markings article on this website. The Hawker Fury was the first 200 mph aircraft to serve with the Royal Air Force. It's been reasonably well served by model companies but there are some points to note when building them. The RAF practice at the time was to order a pre-production series of aircraft and iron out the bugs. So most standard histories list the three main squadrons using the Fury as Nos. 1, 25 and 43. This is correct but No. 43 Squadron received their Furies well before the other 2 (8 months before in fact). These aircraft were delivered with 4 individual cabane struts (the struts which connect the wing to the fuselage) which were cross braced. Later aircraft had 'N' struts and these were retrofitted to the earlier series as well. All Furies carried BOTH Aldiss sights and ring and bead sights which was standard RAF practice up until the Gauntlet. The final noticeable change was the footstep added to K2--- series Furies which was very visible and even interfered with the the Squadron markings (see Pictures 3 & 4 below).


Unfortunately, almost every manufacturer gets No. 43 Squadron's Fury markings wrong (rather like No. 74 Squadron's Gauntlets). Up until the Furies No. 43 Squadron had a scheme of black and white check markings. With the Furies the white squares were omitted and the markings were just black squares with black lining for the blank spaces. The photographs above and below show this clearly. The only company in 1/72 who have the correct markings are a Czech company (APC Decals) who do repops of old Matchbox decals. 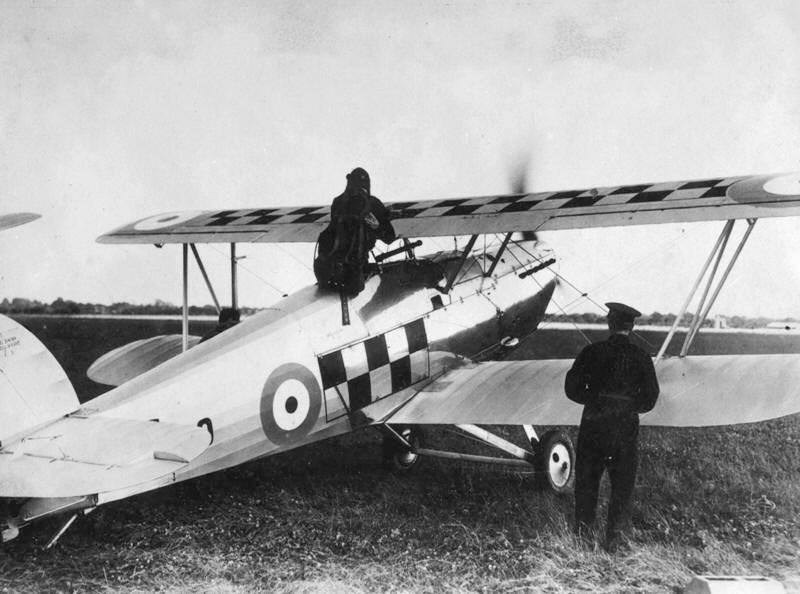 1. A very clear view of the actual No. 43 check pattern adopted for the Fury. The lack of white is can be easily seen. Also the mirror finish of the metal panels is very obvious.


Nos 1 and 25 Squadrons received second contract batch Furies with 'N' cabane struts. No. 1 Squadron used parallel red bands which initially were quite thin and painted the rear decking of Flight commanders aircraft in Flight colours (red for A flight, yellow for B flight and blue for C flight). The bands were later moved closer together and thickened. The normal practice was to paint the fin in flight colours for flight leaders and the propeller boss and wheel discs only for line aircraft. No. 25 squadron had parallel black bars which weren't joined like No. 1's. Incidentally some sources refer to a Hawker Horsley crash at Hawkinge which burnt out several on No. 25 Squadron Furies. Whilst the crash did happen the aircraft were actually stored Blackburn Darts not Furies. 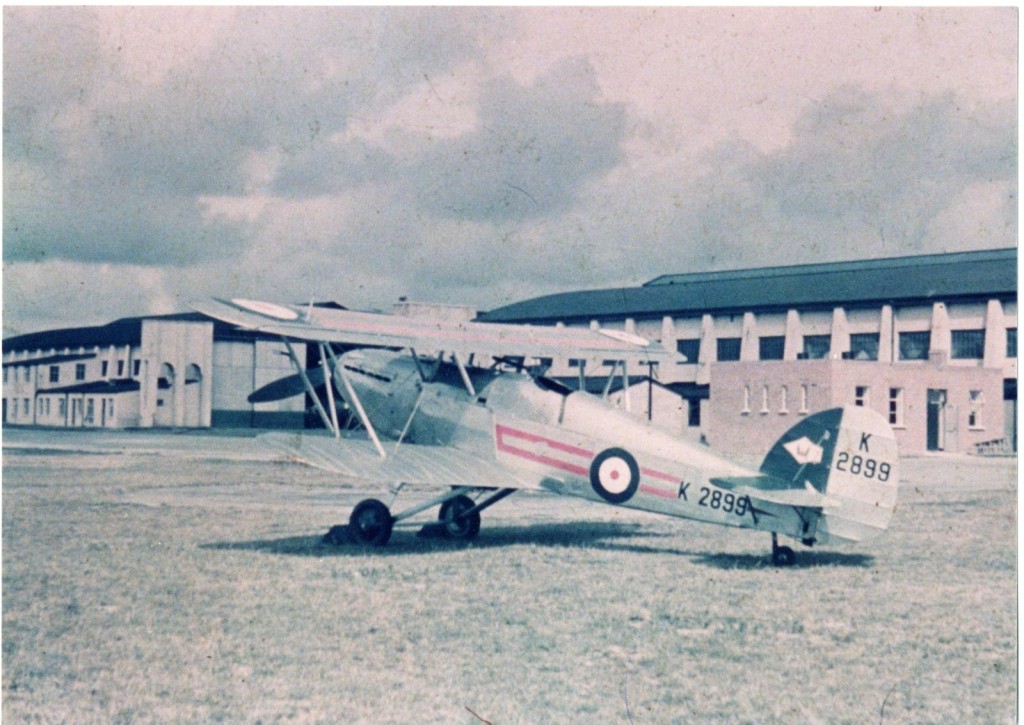 1. No.1 Squadron Fury at Tangmere. Note the tailwheel which appeared as the RAF moved to concrete runways 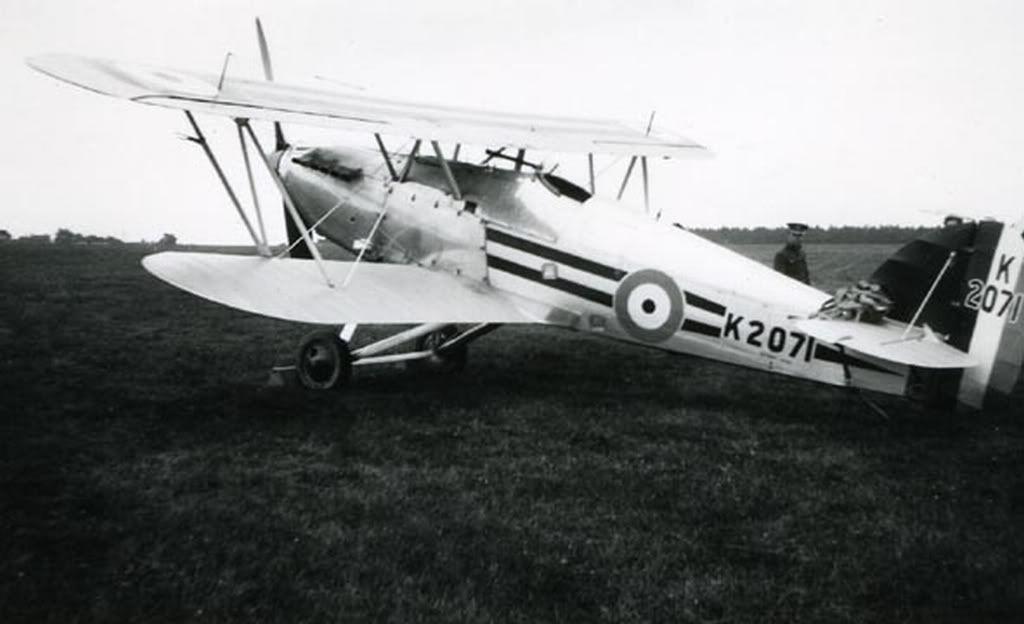 1. A Flight leader's aircraft from No. 25 Squadron. Visible is some staining from the exhaust and the mirror finish of the metal panels. This aircraft also has a radio installed - most didn't


Three other squadrons also received Furies, Nos 41, 73 and 87. The latter two only had their Furies for a few months but No. 41 had them for two years. No. 41 Squadron's marking was a broad red bar along the fuselage and along the upper mainplane but the Furies didn't carry this. Only the fin was painted red.

Other changes to the Mk. 1 Furies were a rudder balance weight (there's a nice photo on the Tangmere Museum website) and some were fitted with a tailwheel (see above). Initially Furies didn't carry radios, navigation lights or landing flares. They were pure day interceptors. Later radios were added but the lack of the latter two continued.
Kits
The best 1/72 Fury is the Amodel kit which is far superior to any other. It's a bit fiddly but with a bit of care produces a superb result. It can also be built as a Mk. 2. For 1/48 the Airfix kit is the one and in 1/32 the Alley Cat kit if it's still available is the choice. After market decals are readily available and even include some of the FTS Furies.

A note on Fury finishes. The colour scheme before Munich was aluminium dope and polished metal panels. These aircraft were very well maintained and kept almost spotless. The only weathering visible would occasionally be exhaust plumes otherwise nothing. For authentic appearing polished metal panels the best material is Bare Metal Foil - 'ultra bright chrome'. It may sound a bit over the top but actually isn't. The metal panels on the Fury were polished to mirror level finish as the photos above show. 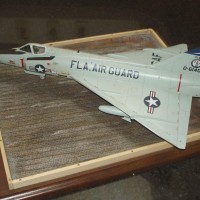 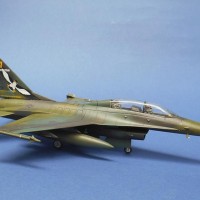 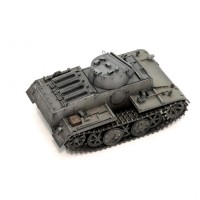 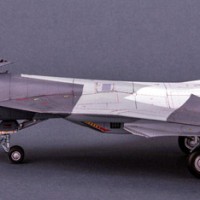