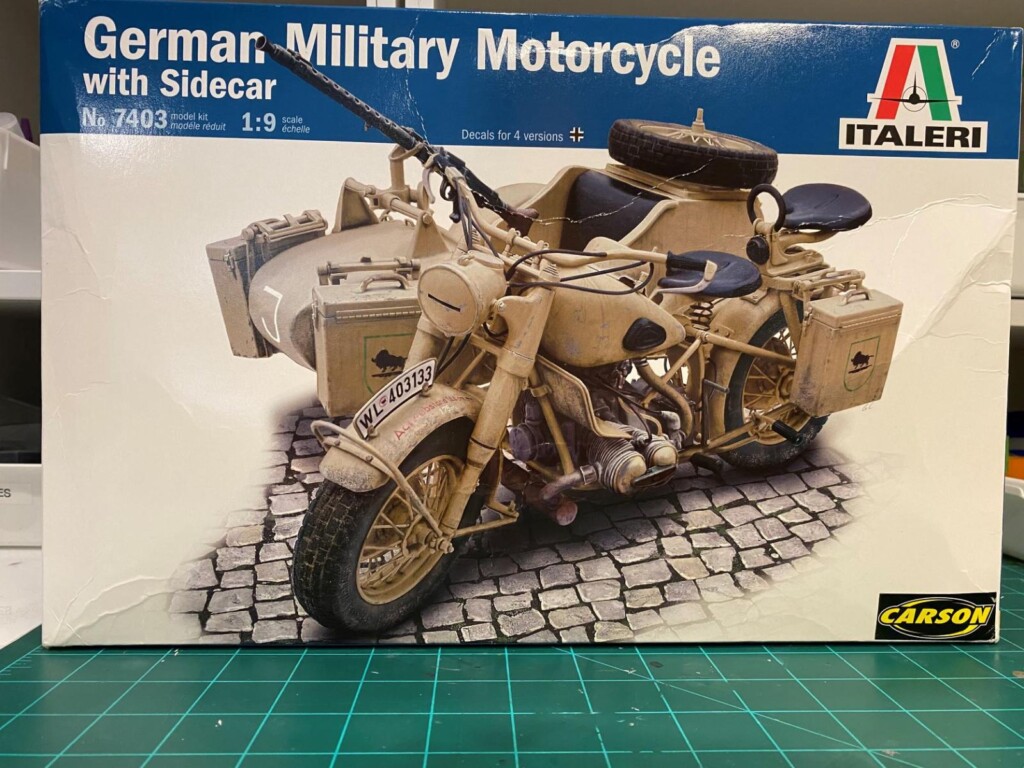 This was my first motorcycle model, and it was a fun and challenging build. I also have never been on a motorcycle. So why build a motorcycle? Spiros (@fiveten) asked me to join his Motorcycle Group, which I was glad to join (Thanks, Spiros). I enjoy joining groups, even if I know absolutely nothing about the group's topic. It is fun to build something out of my comfort zone, meet modelers who don't build airplanes (in this case), and learn new techniques. I have new appreciation for modelers who build something other than airplanes, because this kit was easily as complex as any airplane I have ever built.

Background:
Early in WW2, the German Army approached BMW and Zundap to produce motorcycles that could be used by the army. Both versions were based on existing 750cc motorcycles. When the versions were put into production, it soon led to supply problems producing and shipping parts for both motorcycles. In 1942, BMW and Zundap agreed to create a BMW/Zundap hybrid that would use interchangeable parts. After BMW had produced 20,200 motorcycles, they would then shift production to the hybrid. In 1944, the BMW factory was destroyed in a bombing raid before the 20,200 mark was reached, so the hybrid was never produced. When production ceased, 70% of the parts in the BMW and Zundap machines were interchangeable.

The Model:
This is an elderly kit. It was first released by ESCI in 1973. Since then, it has been reboxed and released by 9 other manufacturers. I found the Italeri version, which was released in 2016, on Ebay for a really good price. This kit produced a number of challenges:

3.There are no part numbers on the sprues, which makes the parts map in the instructions very important. Being a motorcycle novice sometimes made it difficult to find the parts I needed.

There were challenges, but it was also really fun. The kit is build straight out-of-the-box with the exception of electric wires to the lights. I thought the missing wires were fairly noticeable, so I added them with 1/24 scale distributor wire for model cars. There were decals for 4 versions, but I wanted to build something in desert tan. I used the kit decals, which were really nice, to build a motorcycle used in Italy in 1944. Tamiya just released some new paint colors, including DAK (prior to 1942) and DAK (after 1942). The color looked correct and sprayed nicely. I used Humbrol metal paints in a spray can to paint all of the metallic colors, and I added light weathering using artist oils, artist pastels, and Vallejo weathering products. I didn't add a bunch of weathering, but I can see you could really go crazy on something like this. I really enjoyed building this motorcycle, but I think it will be a while before I consider doing another one. Back to a nice 1/48 scale airplane. If you would like more info on the build, please stop by my WIP in the Motorcycle Group. Cheers. 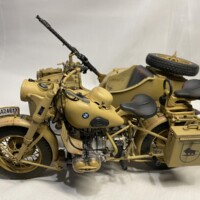 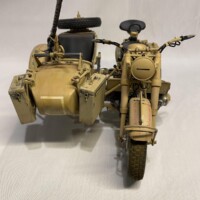 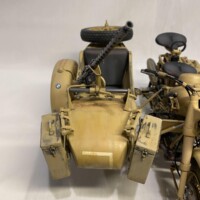 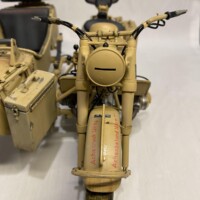 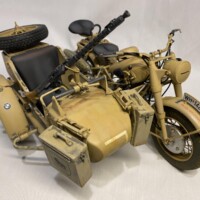 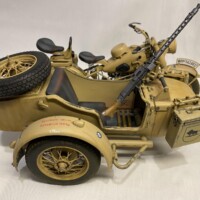 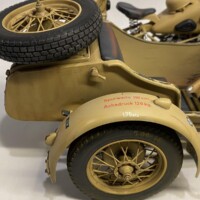 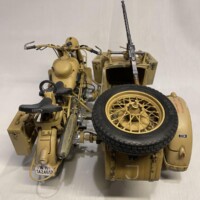 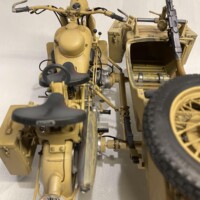 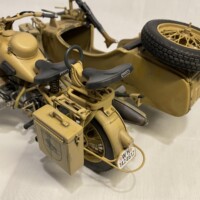 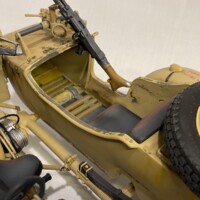 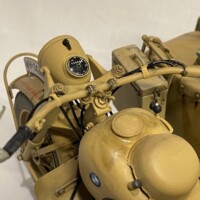 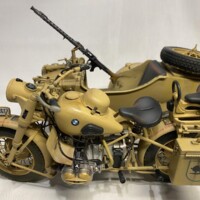 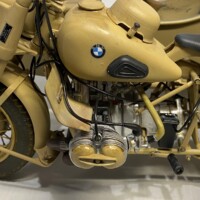 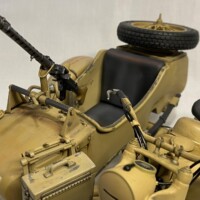 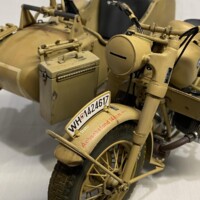 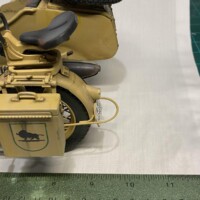 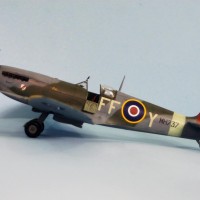 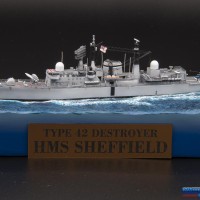 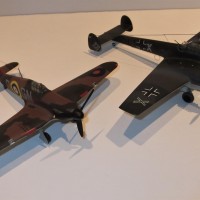 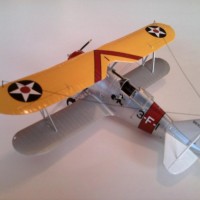