Peashooters of the 17th Pursuit Group 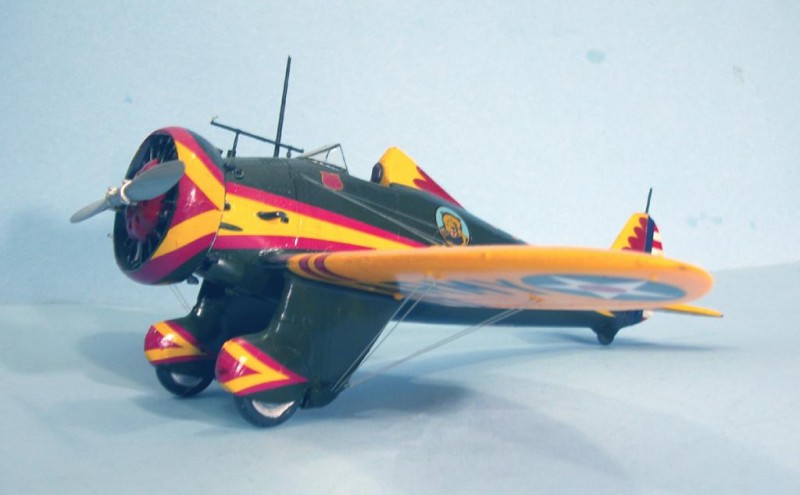 Three Hasegawa 1/32 P-26As, using the Yellow Wings Decals sheets for the 17th Pursuit Group when based at March Field in summer of 1935 shortly after their delivery from the factory. Modelers should note that these P-26As all had the OD fuselage that was done at the factory. They were transferred to the 20th Pursuit Group and 1st Pursuit Group in October 1935, after which they received the blue fuselage, which was an in-the-field repaint. The model from the 95th (Kicking Mules) Pursuit Group (blue/yellow markings) has the proper pre-war USAAC Olive Drab color, which was based on the official formula for British P.C.10, and results in a color very similar to RAF Dark Green from WW2. The other two used the Tamiya Olive Drab that is too dark and too brown.

Interestingly enough, when Planes of Fame decided to repaint their P-26A five years ago (at the time they thought the airplane was unflyable due to corrosion) they discovered when they opened up the fuselage to check corrosion that the P-26As were all delivered with anodized airframes; in other words, completely corrosion-resistant. The airplane gets flown once a year during the May airshow, and is the only flyable original P-26A in the world (Ed Maloney recovered it from Guatemala in 1958). They have it in the incorrect scheme with a light blue fuselage, but the truth is that's a far better looking scheme than the original OD/Yellow.

IMHO, the Hasegawa 1/32 P-26A is the best kit of this airplane in any scale. the raised detail is far superior to any engraved detail, with raised rivets that look very much like the real thing (which I look at once a month when I am out at the museum). These are all OOB builds with photo-etch lapbelts being their only addition other than the great decals. 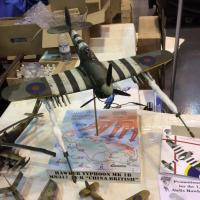 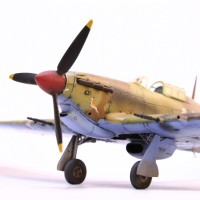 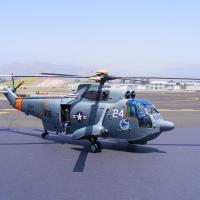