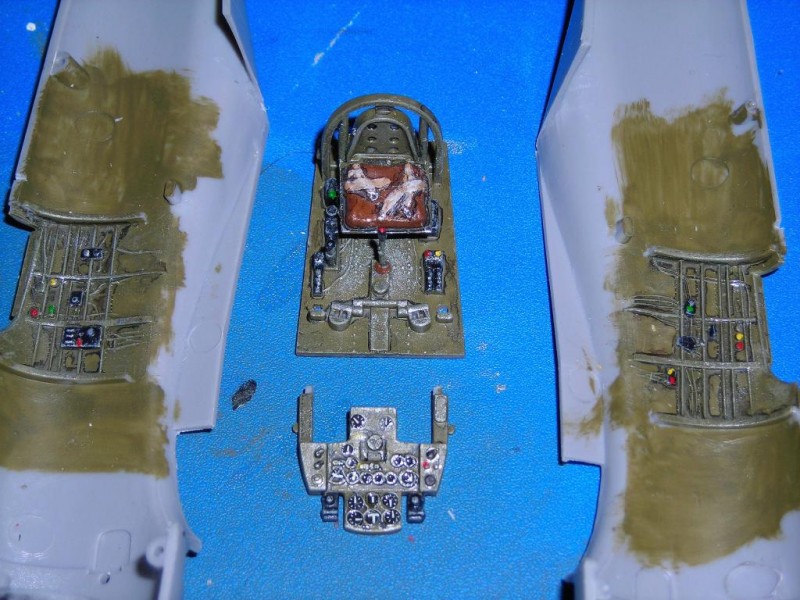 The Ki-43 has long been one of my favorite Japanese aircraft of the Second World War. Over the years I have built many in pretty much every scale they have been produced in. My favorite, has to be Nichimo's Ki-43 Ic. Hasegawa released a bunch of I's and II's and they also are very nice models to build as well As far as I know, the only late war 'Oscar' is this one, produced by Finemolds.
All in all, it is not a bad kit, but for the price, the level of detail and overall fit leave much to be desired.
Still it was an enjoyable build, (Done straight from the box as usual) and if I could find another one I would try it again, maybe as a NMF aircraft.
I finished my model in Aeromaster Enamels, Dark IJA Green, over a light coating of Tamiya aluminum. I faded the base coat with light gray and masked off panels to give the finish a 'Patchwork' look, then, an overall dusting with a thinned light olive drab to catch the upper surfaces of the wings, tail and fuselage.
Decals are from the kit, which does give you quite a nice selection of choices. I further used thinned oils and pastel chalk to 'dirty' her up a bit more.
paint chipping is by what it looks like, chipping away the top coats of paint, CAREFULLY in order to expose the aluminum undercoat.
For the lower surfaces still in NMF, I masked off the panels and shot them with Alclad II. I worked my way around the model with posted notes and lite-tack masking tape, picking panels at random and hitting them with the MANY different AlClad shades. I ran the gamut of all the available shades they offer, as long as it was aluminum in nature!
The antenna is stretched sprue.
Anyhow, thanks again for looking at my post and I hope you all have a terrific day!

Thanks
Freddie from LI 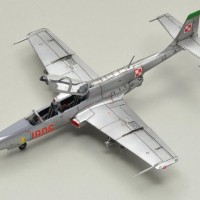 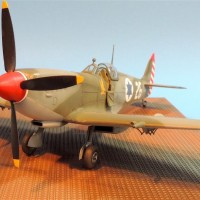 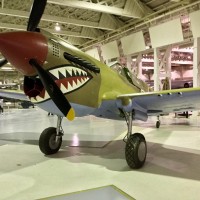