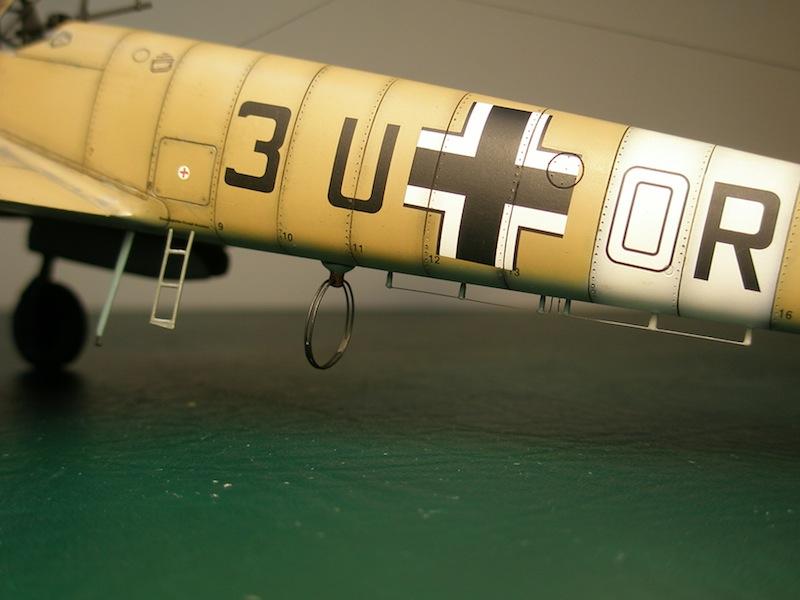 Not the easiest to build, but Eduard's 1/48 '110s build into very good looking models with a bit of patience and the occasional big hammer. I may have pooched the exhaust stains on this one- looking at photos that may have been enhanced/retouched... several different photos did lead me to believe that some stains were very dark.

Again had to scratch the antenna(e)(s?) and added plumbing to the tanks. Great P-E stuff for the wheel wells included in this kit. I wussed out and used Quickboost exhausts as the kit parts are just ridiculous- individual stacks that have to be drilled out attached to a manifold one by one... would have added another 3-4 days of aggravation to the build. Used a great trick from a fellow modeler (here or perhaps on the 'other' site?) about using clear packing tape for the landing light cover- brilliant!

Also tried to replicate the dust tubes used to cover the MG 17 barrels in the nose with Steel tubing, and scratched the gun camera & landing light. Also, a big shout out to Markus N. for help with replacing decals I screwed up first time around- THANK YOU!

In any event it was a tough fight but (I think) worth it in the end. Even though that darned Mike Witkowski beat me at Mosquitocon! 😉 (You totally deserved that win Mike!) 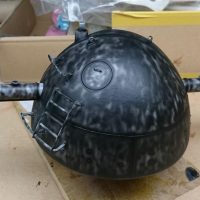 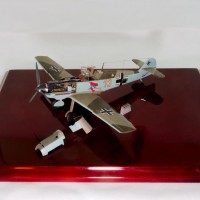 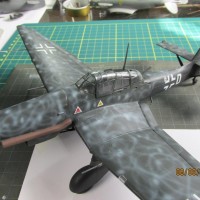