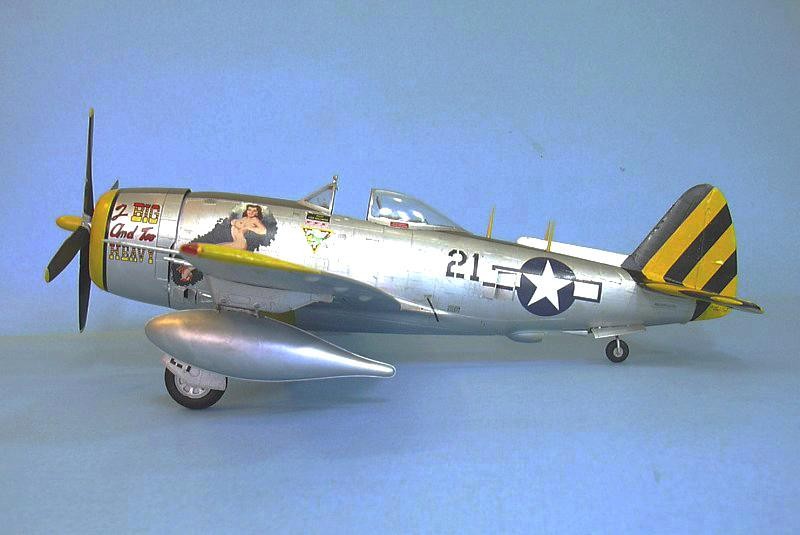 In March 1945, the 318th became the first fighter group to re-equip with the new P-47N-1 Thunderbolt. Following the invasion of Okinawa, the unit’s ground component moved to Ie Shima island off the northwest coast of Okinawa. Their convoy reached the island on April 30, where they had to wait in the middle of a road for two hours while demolition squads cleared the heavily mined field that was their proposed bivouac area. That night, the ship they arrived in was hit by a kamikaze, indicative of the hard fighting they would face in the next two months. During the first Sunday church services at Ie Shima on May 6, gunners shot down a kamikaze over the harbor and an anti-aircraft shell ripped through the tent while services were being conducted. The 83 air alerts in the Marianas were a mild preparation for an average of three foxhole sprints a day during the first month on Ie Shima. The 318th went through 197 alerts during the 112 days from April 26 to August 15.

While preparations proceeded on Ie Shina, the 318th’s fighters flew the longest over-water single-engine ferrying project of the war, moving the new planes from Hawaii to Okinawa. Accompanied by engineering crews in escorting bombers that provided navigational support, the 318th flew from Oahu to Johnson to Majuro to Eniwetok to Saipan, with the first group departing Hawaii on May 4, 1945, and the last arriving in Saipan on May 10. Following the 4,132-mile trip to Saipan, the group flew a mission to Truk before proceeding with a non-stop 1,425-mile flight to Ie Shima that clearly demonstrated the long range capability of the P-47N when the first ones arrived on May 13, 1945.

The pilots were appalled by the new airfield. Instead of the 5,800 feet of runway needed to take off with 10 tons of P-47 and stores, they had 3,700 feet of wet sticky rock. 73rd FS CO Major John Hussey cut the tops off trees on his first takeoff. 333rd FS CO Major Paul Fotjik described take off: “You put the tail wheel at the end of the runway, applied full throttle, full turbo, and the water injection. As the tail came up, we released the brakes. Sometimes we had to pop the flaps at the far end of the runway to get off. Fortunately, after clearing an embankment, we had a 400 foot drop-off to the ocean going north. We left many a wake in the water”.

Okinawa was the hottest battle of the entire Pacific War. The Kamikazes sank 15 ships, damaged 139 and killed and injured thousands of sailors between March 27 and May 30. In 18 days, starting with the 318th’s first kill over Kyushu on May 23, the group scored 102 of its 116 Okinawa-Kyushu air victories. While the Thunderbolts often were outnumbered 15 to 1, the 318th only lost three P-47s in air combat during the campaign.

The hottest day of the war for the 318th came on May 25, 1945, when two pilots jumped 30 Zekes and shot down eight in four minutes near Ie Shima, followed by 20 pilots who scored 34 enemy planes in four hours while breaking up a large-scale Kamikaze attack. This set a new record for a single fighter group in a single action.

On May 28, during a mission over southern Kyushu, another 2-man element took on 28 Zekes, shot down six, probably shot down two more, damaged a ninth and “scared hell out of the rest” while the 318th scored 17 confirmed kills and four probables. These overwhelming scores demonstrated that the majority of the Japanese pilots were barely-trained kamikaze attackers who didn’t have the skill to be more than a target to the well-trained Americans.

On June 10, 1945, 35 P-47Ns escorted two PB4Y-1 Liberators on a photo mission over central Kyushu. They were met by 134 Zekes, Jacks, Tonys, Tojos and Georges. Most of the Thunderbolts held their defensive screen to protect the photo planes, with only eight engaging in direct air combat, but this resulted in claims for 10 Zekes, 6 Jacks and one twin-engine bomber. In this fight, CAPT Judge E. Wolfe scored 4 to bring his total to 9 and become the group’s leading ace.

While this was going on, 1st Lt Bob Stone and eight others were on a diversionary sweep. Running across a formation of 30 Zekes north of Kagoshima Wan, Stone got involved with 7 Zekes and shot down two. 50 more Japanese fighters were spotted and the 9 P-47Ns climbed for altitude. Stone’s induction system had been damaged on takeoff, so he couldn’t develop full power at high altitude. Diving to attack a lone George at 28,000 feet, he spotted 25 Zeros streaking down on his tail. He dove for the deck, where he pulled out at tree-top level and jinked across Kyushu with two Zekes hot on his heels and the rest strung out behind. Ten feet off the deck, Stone pulled up to get over a hill, and found himself in the traffic pattern of Nittagahara airfield, with a Betty bomber just lifting off and headed directly at him! Stone swerved left and missed the Betty by mere feet, while his prop wash caught his two pursuers, throwing them together as they collided head-on with the Betty at the end of the runway.

Air combat tapered off following this mission, with the 318th flying fighter-bomber missions over Kyushu, ranging out in late June to strike the Chinese coast around Tsingtao on the Shantung peninsula, and then flying missions over Korea in July. As other USAAF units arrived on Ie Shima, military civilization returned. Group Memo 18, issued in late July, stated that “Chin whiskers will be removed.” Salutes would be rendered. Officers would wear proper insignia and noncoms their stripes.

On August 9, 1945, 333rd Fighter Squadron pilots attacking airfields on Shikoku saw the flash and smoke pillar of the atomic bomb dropped on Nagasaki. 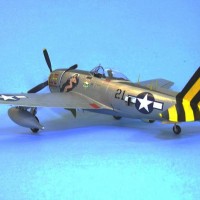 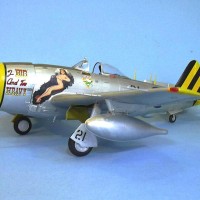 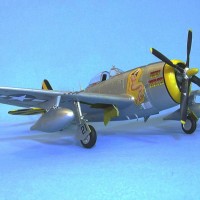 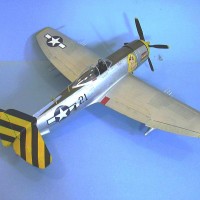 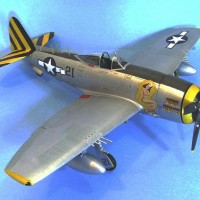 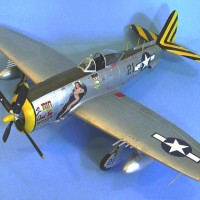 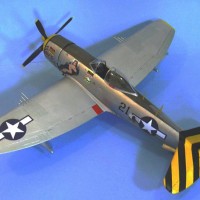 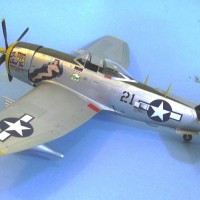 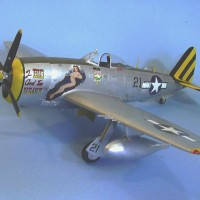 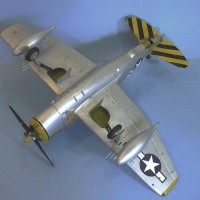 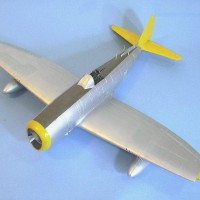 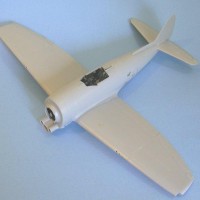 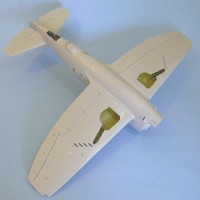 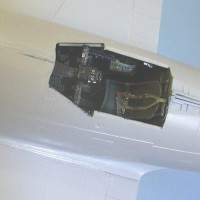 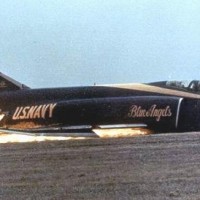 Going to challenge my modeling skills….and try a diorama of this picture…… 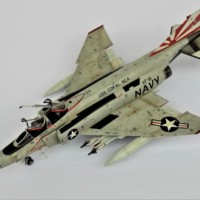 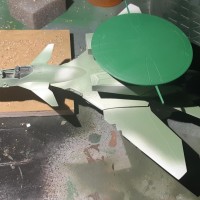 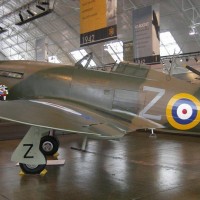