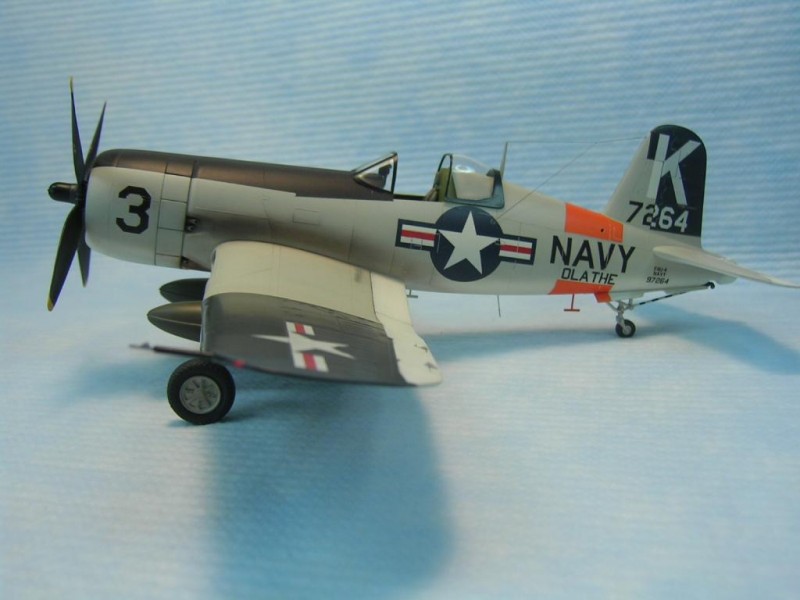 Marine Fighting Squadron 215 (VMF-215) "The Fighting Corsairs" was a fighter squadron that was activated and fought during World War II. Following the surrender of Japan, the squadron was deactivated on November, 1946. The squadron was reactivated in the Marine Forces Reserve and was based out of Naval Air Station Olathe, Kansas until its deactivation on January 30, 1970. This model was built about 15 years and represents F4U-4 (BuNo 97264) from that Reserve Squadron before its retirement from service in 1957. The person I built it for wanted a Corsair that looked different, so I suggested this unique looking paint scheme worn by these MFR machines. He agreed, but said he didn’t like the looks of the correct number 11 for this aircraft. Since he was a NY Yankees fan, I gave it #3in honor of its greatest player. The model was built OOB with the additions of PE seat belts, tubing for exhaust pipes and some wire added for the brake lines. Painting was done with Aeormaster Enamels and the decals were from the kit-if I remember correctly. I recently did some repairs on some damage that was done to the landing gear, so I snapped a few photos of it to post. I know it has some warts, but it was an enjoyable build and it definitely looks different sitting next to its standard all blue or multicolor Corsair stablemates. If anyone has the Squadron/Signal Publications (#1145) F4U CORSAIR in action, page 57 shows this AC post retirement sitting in a bone-yard looking worn out and neglected. 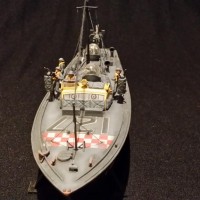 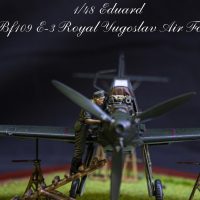 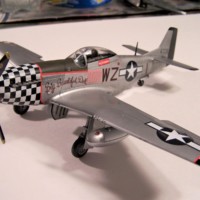 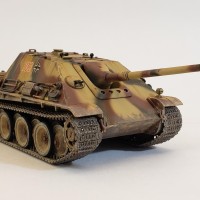