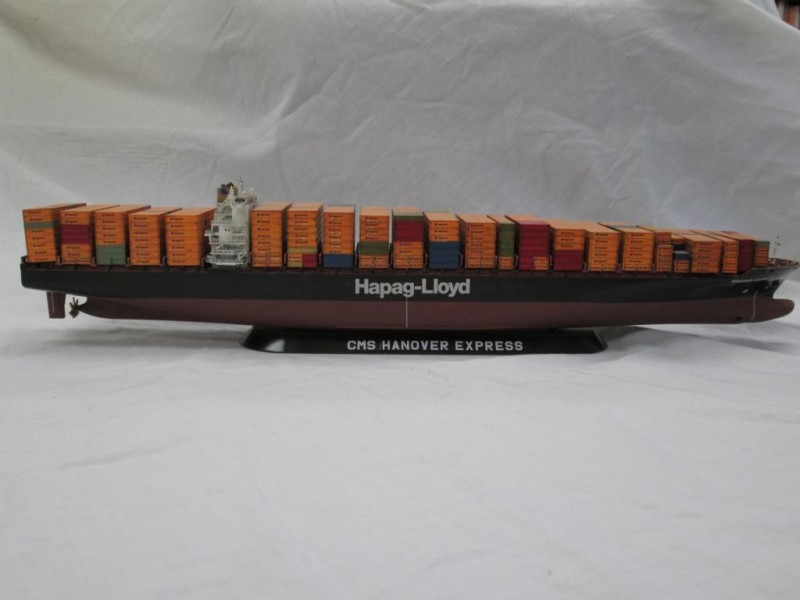 When launched, the Columbo Express was the largest ship in the world, capable of hauling 1800 containers of cargo at once. She was the largest ship ever launched to be driven by just one propeller. Yet, despite her size, she is crewed by fewer than 2 dozen crewmen! Thus she requires only one lifeboat. 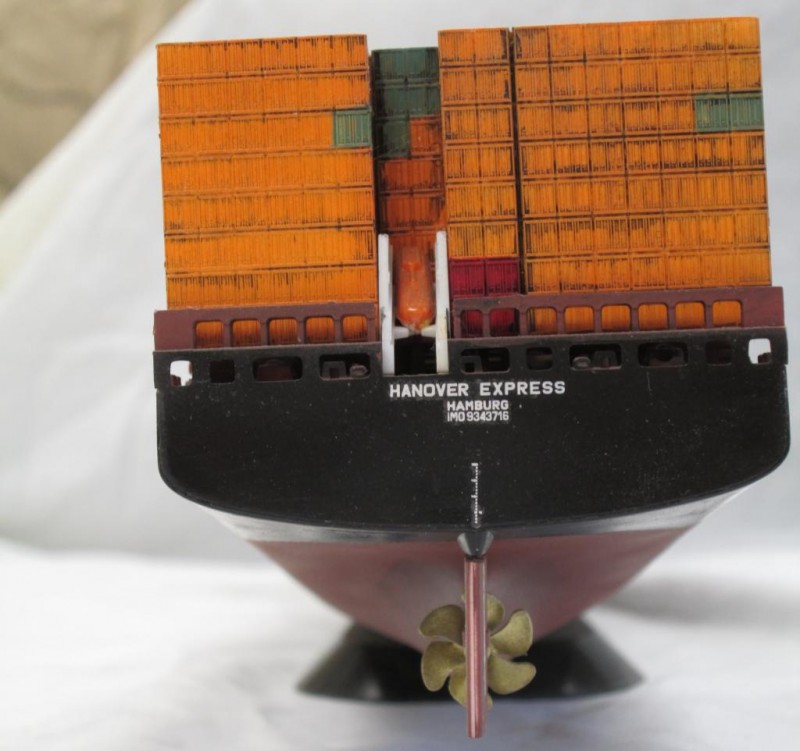 Can you imagine trying to steer this puppy from that bridge 1000' from the bow? 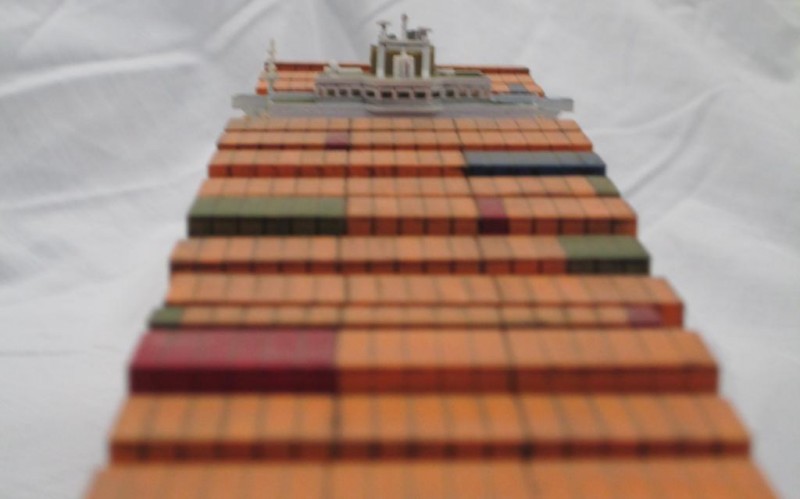 Maybe they put lookouts in that odd mast on the bow. 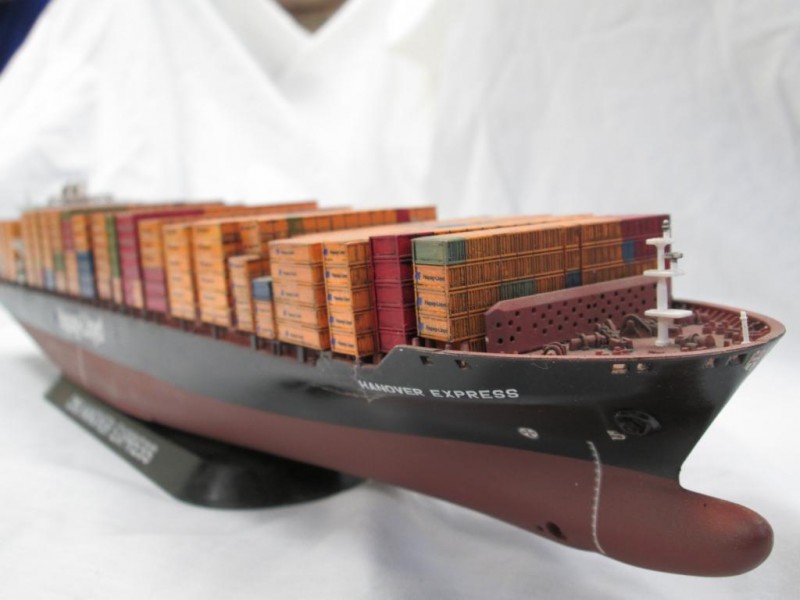 Revell's kit is a true masterpiece of engineering, and may well be the easiest build of any ship kit I have constructed. That is not to say she was simple . . . those containers became rather a test of perseverance. I decided to break up the full capacity load by reshaping a few stacks and painting some of them in other shipper's schemes. 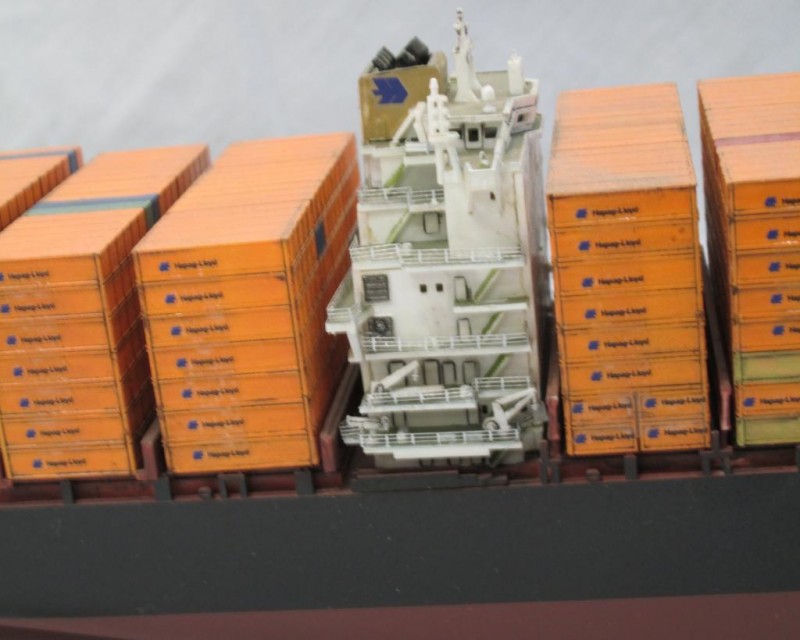 I added railings and stairways from extra stock in my stash. A dedicated PE set has since been released, but I am appalled at the price considering it has just very basic additions. The Hannover Express markings are included in the kit along with all the other vessels in the class. 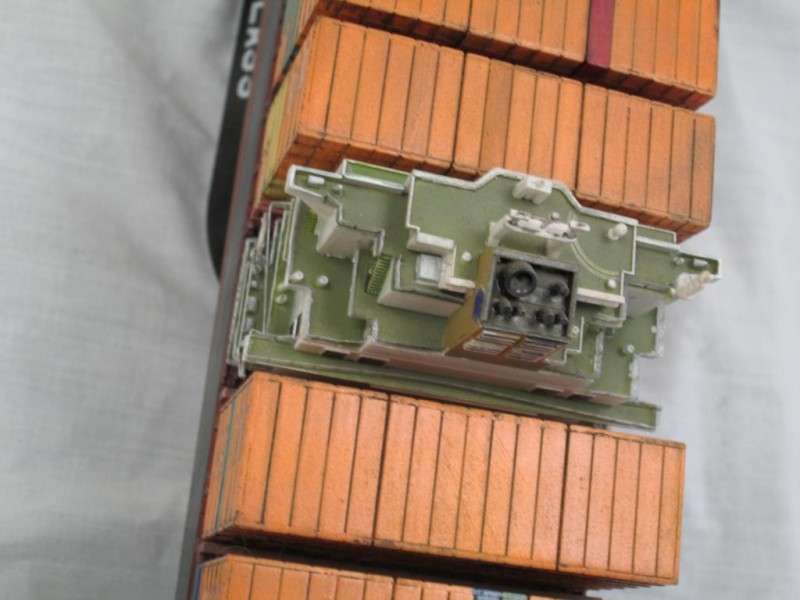 You should have seen the eyes of my club members bug out when I informed them that the model was in 1/700 scale. She is as large as any 1/350 cruiser I have and only slightly smaller than a battleship! 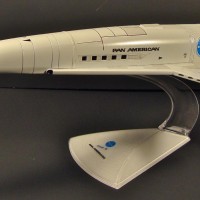 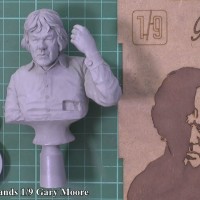 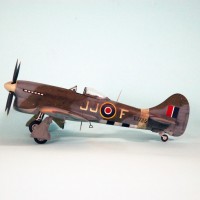 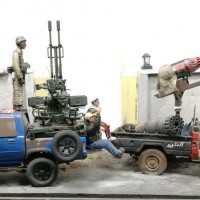