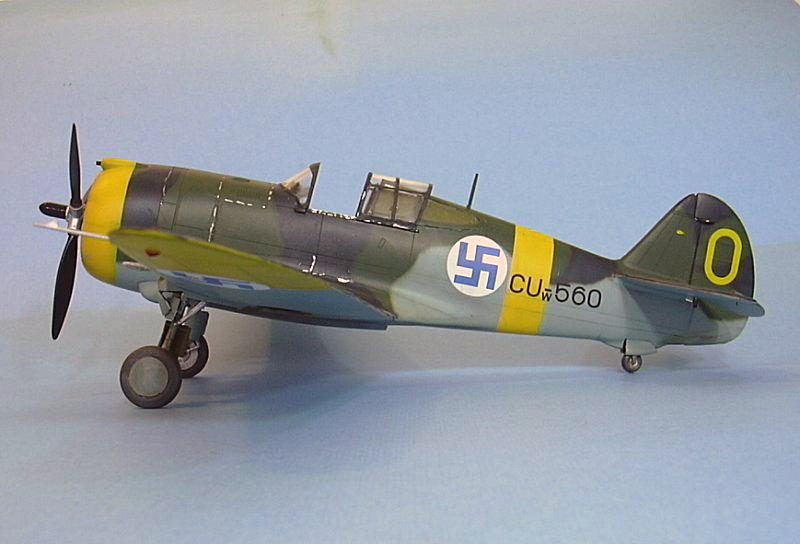 The Special Hobby 1/32 Finnish Hawk 75. Known to the Finns as the "Sussu," this was done as the airplane flown by Kyosti Karhila, the top-scoring Finnish Hawk 75 ace (13.5 victories). Right after I finished it I discovered this was a later paint scheme applied in 1944, after Karhila transitioned to Bf-109Gs. The original scheme as received from the Germans was overall RLM 71 upper surfaces and RLM 65 lower surfaces. Oh well...

Following the end of the Winter War, Germany worked hard to make Finland an ally. In October 1940, Germany agreed to sell captured French Hawk fighters to Finland, and a total of 44 captured aircraft of five subtypes were sold (at commercial prices higher than those the French had complained of when they originally purchased the airplanes from Curtiss-Wright!), with three deliveries between June 23, 1941 to January 5, 1944. The French aircraft included Twin-Wasp-powered H-75A-3s and Cyclone-powered H-75A-4s. Additionally, some Twin Wasp-powered H-75A-6s and Cyclone-powered H-78A-8s initially sold to Norway and captured in their wooden crates were sold to Finland in early 1941. After originally being assigned to Lentolaivue 14 and 16 to be used for high-speed reconnaissance, the Hawks were eventually flown by Lentolaivue 32 throughout their wartime service and were popular with Finnish pilots, who called it Sussu ("Sweetheart"). The Finns were the most successful operators of the Hawk 75 in combat, scoring 190.33 kills by 58 pilots, between July 16, 1941 and July 27, 1944, for the loss of 15 Hawks. After the Armistice, the surviving Finnish Hawks remained in service with HLeLv 13, HLeLv 11 and LeSK until 1948.

At age 16 in 1937, Karhila joined an Aero Club founded by the National Aviation Association and obtained his A and B glider licenses over the course of a month. In the summer of 1939, he completed 35 hours of powered flight training and became a reservist in the Finnish Air Force, where he began advanced flight training that fall, tarting his military service on December 6, 1939, Finnish Independence Day. With 84 other students, he trained while the Winter War raged, completing his training and receiving his wings just too late to see combat service.

Karhila completed his 18 months of compulsory service by being promoted to Ensign and sent home the same day, June 4, 1941. Two weeks later, on June 20, 1941, he was recalled to active service and posted to Lentolaivue 32. On June 21, the squadron flew their Fokkers to Hyvinkaa, where they were assigned to the air defense of Helsinki and the Riihimaki railway crossing. Ten days later they were transferred to Utti. During this time, Karhila recalled, “I did fly some interception missions, but I did not see a single enemy. One of our flights shot down a couple of bombers east of Helsinki, however.” In mid-July, Lentolaivue 32 traded their Fokker D.XXIs for the Curtiss Hawk 75s flown by Lentolaivue 14 and 16.

Karhila had good memories of the Hawk. “The CU was 50km/h faster, and had retractable undercarriage, along with a better armament. Performance - agility, climb - was better than the Fokker and the CU was maneuverable. Technically, it was the state of the art in those days, in our opinion.”

On August 10, 1941, flying the Hawk CU-560 that became “his” airplane, and in which he scored 8 of his 13.5 victories in the Hawk. Karhila recalled, “We met a two plane patrol. The leader opened fire as he turned toward us with 20mm cannons - the muzzle flashes were tremendous. We both turned for a second head-on pass, after which I got behind him. He dove vertically and I followed. I got off a burst and realized we were too low. I pulled the stick back so hard I passed out. When I came to, I didn’t see the I-16 anywhere. It was likely he crashed, but I did not see that." CU-560, a Wright-powered Hawk 75A-4, was soon re-engined with a Pratt & Whitney, to become a 75A-3.

By early 1943, Karhila was an experienced flight leader. On February 9, 1943, with the unit based at Nurmoila west of Lake Ladoga, he took part in the ambush of a reconnaissance mission flown by a Pe-2. The Pe-2 was so fast that a Hawk could only catch one if it had an altitude advantage sufficient to build up speed in a dive. As he remembered, “I managed to surprise a lone Pe-2. I hit a fuel line in the cockpit area, a fire broke out in the cockpit and two men bailed out while the Pe-2 crashed in a bog.”

In March 1943, with 13.5 victories scored in the Hawk 75, Karhila was transferred to HLeLv 34, commanded by Major Eino Luukkanen, where he transitioned to the Bf-109G. A week later the second flight was transferred to HLeLv 30 at Malmi for the defense of Helsinki. In June 1944, Karhila returned to HLeLv 34 and flew with the unit until the end of June when he was posted to command HLeLv 24 after Hasse Wind was wounded. By the time of the Armistice on July 27, 1944, Karhila had scored 34 victories, though the last one - gained the day before the armistice = was not confirmed.

Karhila became a pilot for Finnair in 1947 and flew until he retired in 1973, working as a charter pilot until he stopped at age 65 in 1986. Recalling the two airplanes he flew in combat, he told me in a 2004 interview that, “I always liked the way the Hawk flew. The Messerschmitt was faster and had heavier armament, but the Hawk was a better flyer.”

Shameless personal promotion: if you'd like to read more about Kyosti Karhila (and others), get my e-book "Air Combat Annals" at Amazon. If you don't have a Kindle reader, you can get a free Kindle app for PC, Mac or iBook.
http://www.amazon.com/dp/B005YR6JYK 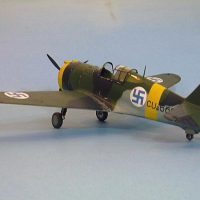 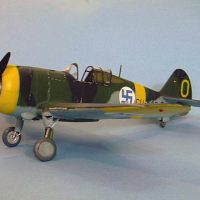 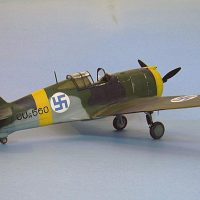 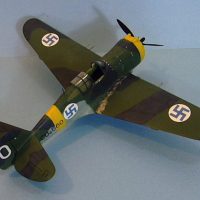 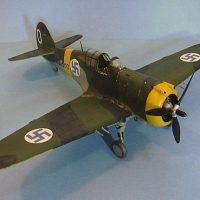 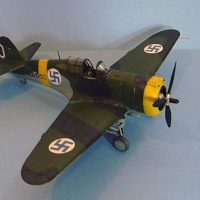 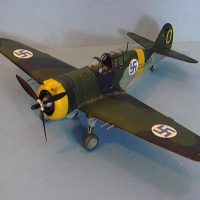 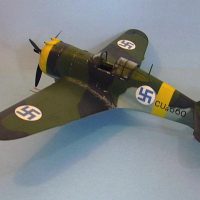 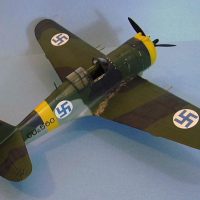 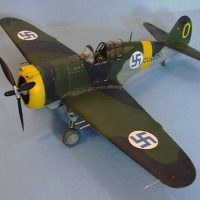 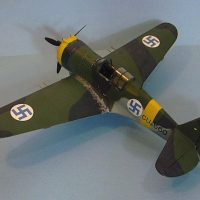 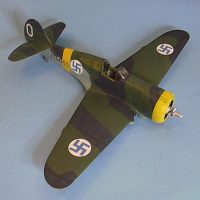 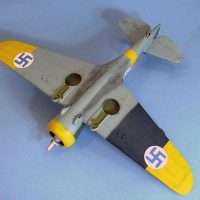 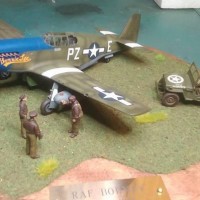 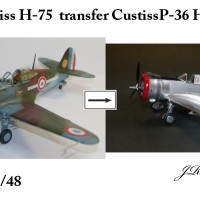 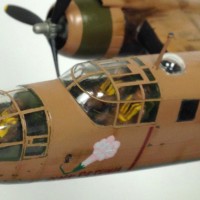