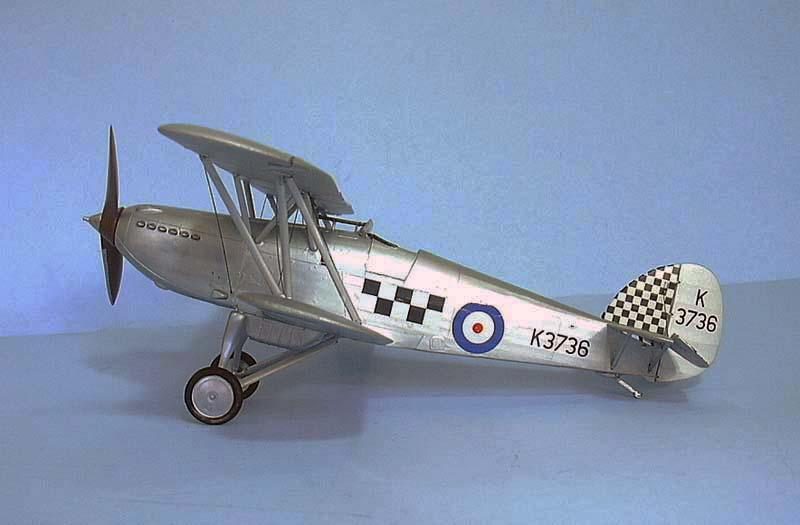 This is the 1/32 resin Hawker Fury I, originally released five years ago by Montex. The kit designer now has his own company, Silver Wings. Montex sold their kits a year ago to Alley Cat, where they are now available. This is the most accurate Hawker Fury in any scale; if you like the most beautiful biplane fighter of the Golden Age, it's well worth every penny.

I don't know why the decals didn't include marking for 43 Squadron, perhaps the most well-known of the three squadrons to fly the Fury between 1931-38, but I managed to create the Squadron Leader's airplane using the Montex masks for the serials and some Blue Max Type A decals for the national insignia, and piecing together the checkerboards with an old 1/32 sheet for the 1/32 Mustang to do a 325th "Checkertai Clan" airplane.

The Fury I was the most advanced fighter in the world when it appeared in prototype form in 1930, as the "Hornet." Powered by the Rolls-Royce Kestrel engine - the predecessor to the Merlin - the Fury was the first fighter to best 200mph in level flight. It was supremely maneuverable and 43 Squadron used to wow the crowds at the Farnborough displays of the 1930s flying a three-plane formation roped together. 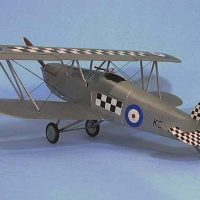 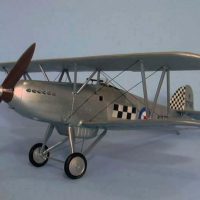 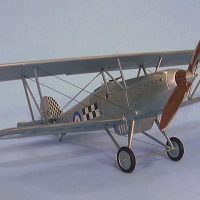 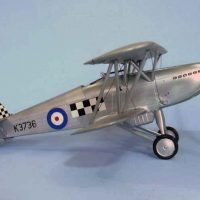 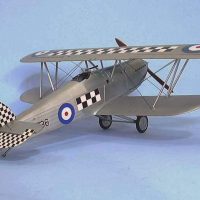 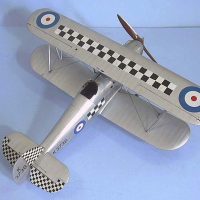 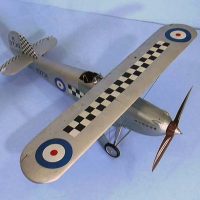 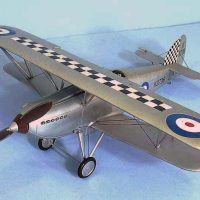 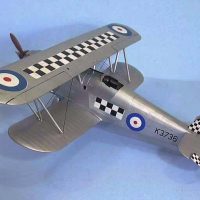 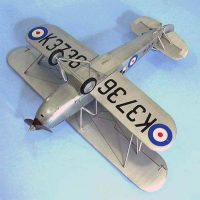 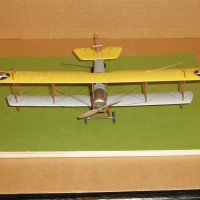 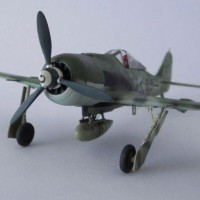 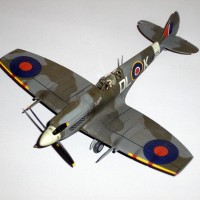