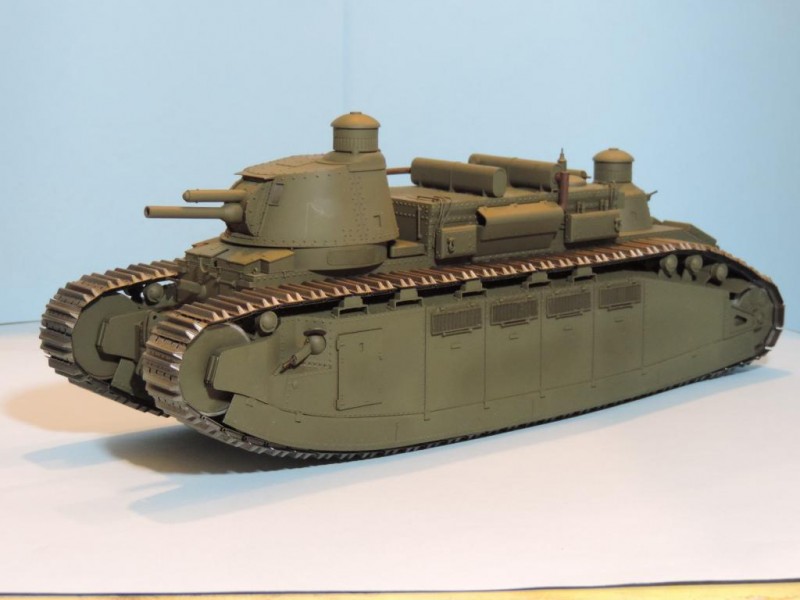 This is the Meng kit, I can't say enough about the engineering of the kit, it's the best I've ever encountered. I haven't weathered or decalled it yet, (weathering will be 'severe', the upper run tracks make a real mess, according to the pictures I've seen) The Char 2C story is part tragedy, but mostly farce. Designed in 1917, two prototypes were built during the war (the 2A and 2B) and 200 were requested for the 'final offensive' of 1919, but none were built. In 1920, with slack available in the war industries, 10 2C's were built in 1921. Taken in and out of service in the 30's, eight were recommissioned in 1939, but did not see any action, other than in propaganda films for the French populace. In 1940 they were loaded onto flatcars to be shipped south, but German bombing blocked the tracks, and they were sabotaged by their crews. (German propaganda claimed they were knocked out by Stukas, not true). The heaviest tank (at 69 tons) until the King Tiger, it had a crew of 12, and obviously influenced thirties designs such as the Soviet T-28 and T-35. 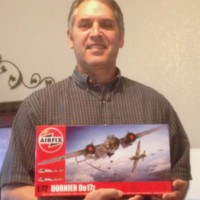 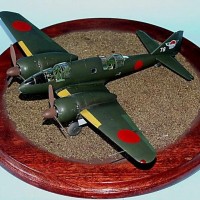 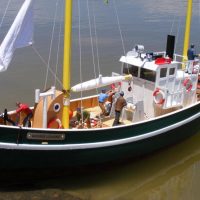 Out to sea on the Bonnie Leanne.... A floaty thing.. 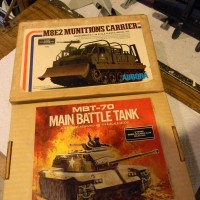