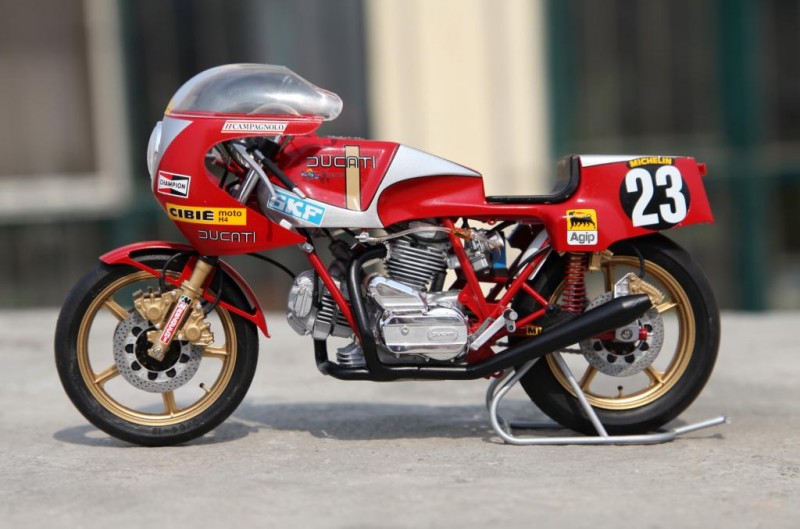 This is my latest build in the (mainly) Tamiya 1/12 series of motor cycles. Keeping with Ducati’s tradition of modifying their road bikes for racing, the firm of NCR (consisting of three ex Ducati engineers) was entrusted with the preparation of their racing bikes. NCR was founded in 1959, and amongst others, prepared Mike Hailwood’s bike that won the Isle of Man Tourist Trophy race. This is an example of one of their machines prepared for the TT Formula 1 and other endurance events, and is equipped with Brembo suspension, Dellorto carburetors and Campagnolo wheels. It’s one of Tamiya’s older kits in this series, but it is still a well detailed model that doesn’t show its age, and comes complete with Cartograph decals. It’s built mainly as per the instructions, but I did drill out the ventilation holes in the brake discs, and added a couple of extra cables. It’s finished in Tamiya’s Italian red out of a spray can, and I think the colour scheme, enhanced by the silver and gold, is very attractive. Unfortunately I had a bit of an accident when photographing it. With the welcome start of Spring we have had some lovely sunshine, and I thought I would try some outside photography for a change. While setting up my camera a sudden gust of wind caught the model causing it to crash down on to some concrete some 6 feet below! I have a policy of only cementing parts that really need it when building, and luckily this paid off, as some parts became detached, rather than actually breaking. Some damage was suffered, however, and I spent a few hours reassembling and repairing. The second photography session went better, and I think the sunshine flatters the finish.

Thank you for looking, George. 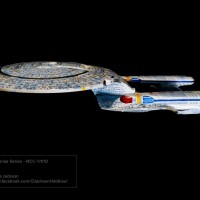 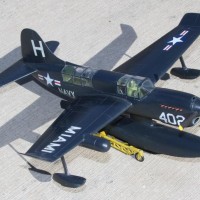 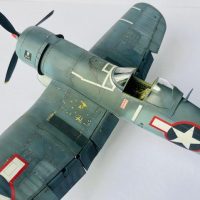