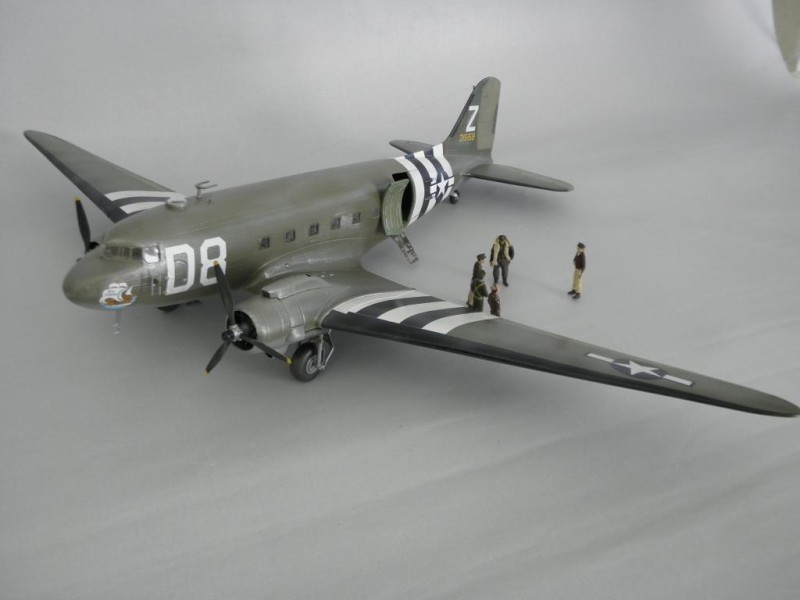 This aircraft was flown by the Group Commander of 94TCS / 438TCG, Colonel C. H. Young. The painting on the nose of the aircraft is of a sailing ship named Argonia. Argonia was the hometown of Colonel Young. I have the utmost respect for the pilots and crew of the C-47's flying on D-Day. They had to maintain close formation on a direct path, and at an altitude of 500 or 600 feet. At that altitude they were targets for any weapon pointed at them by the Germans. Many aircraft and crews were lost during D-Day. They were truly some of the greatest unsung hero's of D-Day.

This is the Monogram 1/48 C-47 built out of the box. I had no fit issues and everything went together very well I think this is definitely one of Monograms better kits.i painted it with Model Master enamels and used Eagle Strike decals. I was going to scratch build the boarding ladder but instead I found an etched metal ladder in my Trumpeter C-47 kit. I put it together and quite frankly it looks a lot better than what I was going to scratch build. I bought the Trumpeter kit from a gentleman that was clearing out his stash, I paid $125.00 for about 15 kits and he threw in the Trumpeter to sweeten the pot. This type of buy does not happen very often. On this note in comparing the two kits the main thing that pops out is the price. Both kits are very nicely done and the Trumpeter has some etched parts. I have built about three of the Monogram kits and have never had any problems with them. I have only looked at the pieces in the Trumpeter box and it appears to be OK. Overall though I don't think you can go wrong with the Monogram kit and I think it is one of their best.

As to the figures. I have no idea what they are doing with the exception of the enlisted crewman. He is checking to see if the wing is still attached and that the stripes were applied properly. 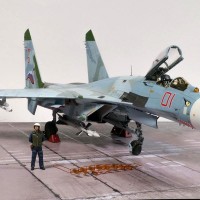 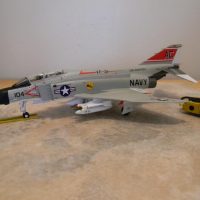 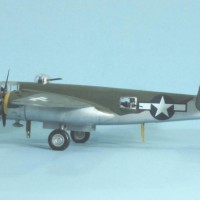 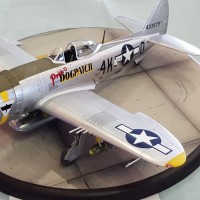