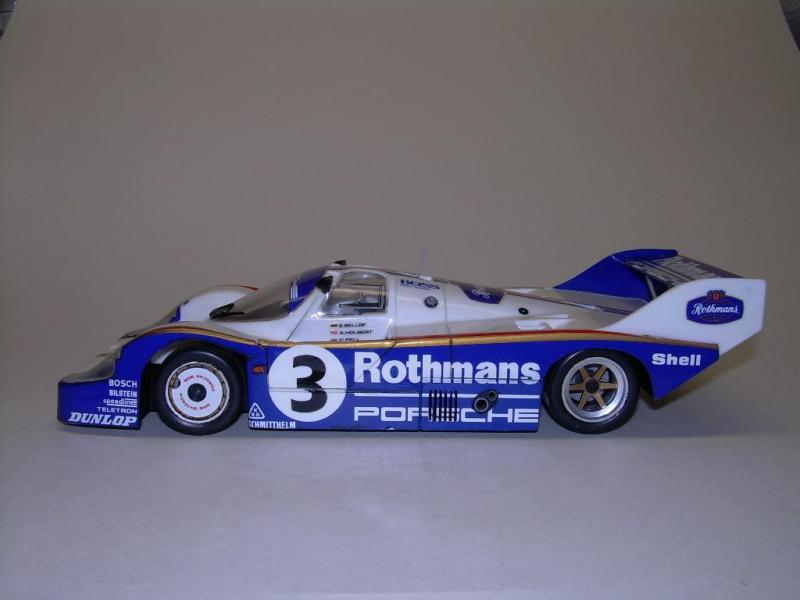 I'm don't remember much about the history of this car. Probably campaigned '81-'83 time frame. It was powered by a Porsche flat six. The driver decal lists Bellof, Bell & Holbert but I don't remember them being teamed together.

The kit is by Protar in 1/24th scale. Pretty basic with no engine. The challenge on this kit is that all the blue is a decal. The side decals were one piece with all the lettering & stripes as part of the decal. The number circles were in white so that the builder had a choice of which team car to build. This is one of the builds that I used the white plastic of the kit coated with Future as my base coat. This was built at least 10 years ago but the Future does not appear to be yellowing. 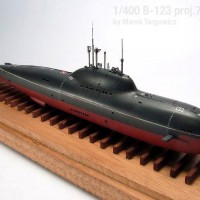 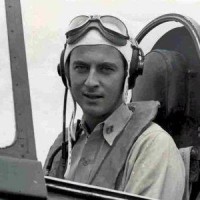 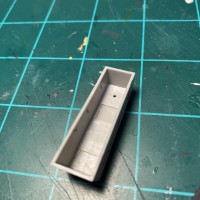