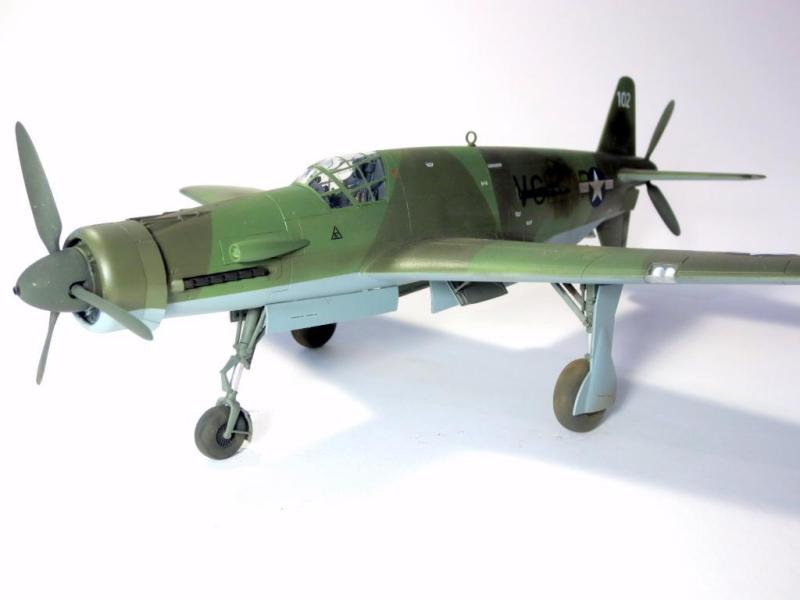 I have been working on this kit off and on for several months now, and finally pushed through to completion. it is pretty much OOB, with Eduard seatbelts and a few other little details added. My main goal on this build was to experiment with my Silhouette Portrait mask cutter. I created masks for all the German markings, including the tail number, using this cutter, and then painted everything on. The only decals I used were for the American stars and bars (from an old Aeromaster sheet) and the maintenance stencils (from the kit). Camouflage done with Gunze acrylics, od overpaint on the German markings is Tamiya, as are most of the other paints used. Did some weathering with pastels, but saw little to no paint chipping in period photos of this a/c, so kept those to a minimum.

This model represents this aircraft immediately after its capture. This Do 335 was taken back to the US, and is now fully restored and can be seen (in its original markings) at the Smithsonian's Udvar Hazy Museum outside of Washington DC.

The photos at the end show a little bit of the markings painting in progress. 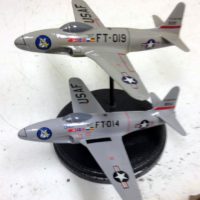 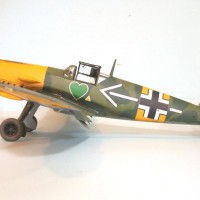 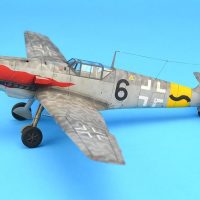 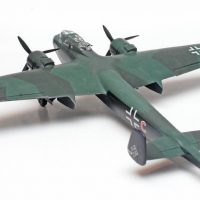