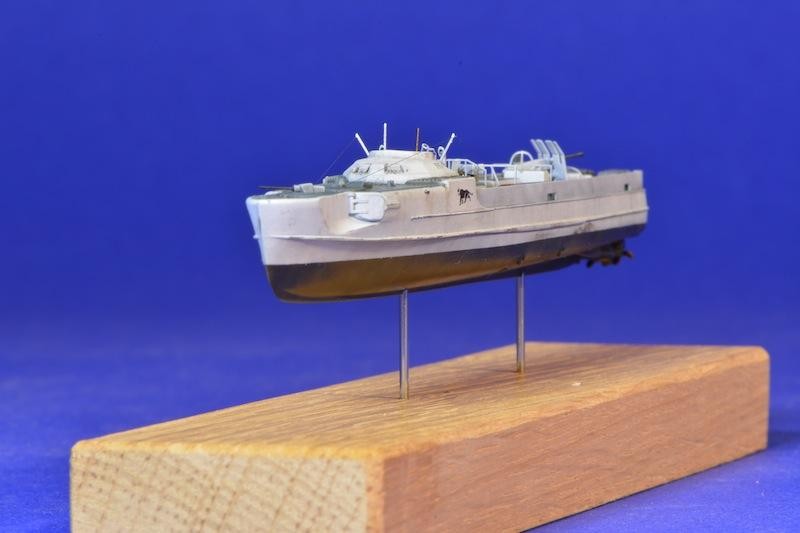 The S-Boote were developed by the german navy in the twenties and were built by the Lürssenwerft. Their long hulls with rounded bottoms gave them sea keeping abilities superior to allied boats, their diesel engines were rugged and reliable and the diesel fuel was much less of a fire hazard in action than the gasoline used by the allied boats.
They were successfully deployed in the North Sea, the English Channel, the Mediterranean, the Black Sea and in the Baltic.
The S 100 series was the last development of the S-Boot with an armoured bridge and a top speed in excess of 42 knots.

Bronco's S-Boot is a little gem.
The mouldings are very fine and the fit is excellent. Apart from rigging thread, the kit contains all you need. The only extra things I did was to replace the barrels of the 20 mm guns with 0,2 mm guitar string and adding some rigging threads.

I started started the build with the usual reinforcement of the hull to provide staple attachment points for the display posts. The waterline joint caused only minor problems, mostly on account of the small size of the hull.

Painting was pretty straightforward too. Note that I didn't paint the torpedo reloads with metal paint. I don't think it works in this small scale. Instead I painted their body grey for steel and the warhead reddish brown for copper. Then I sprayed them with gloss clear and polished them.

Although the waterline joint caused neglible problems this time, I still maintain that they should be prohibited. 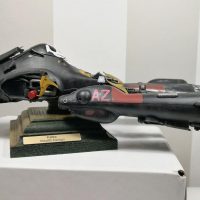 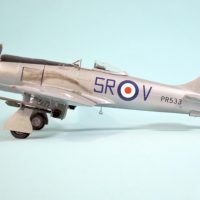 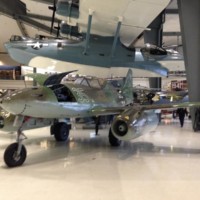 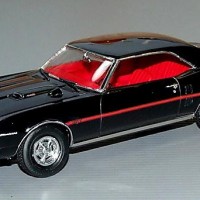