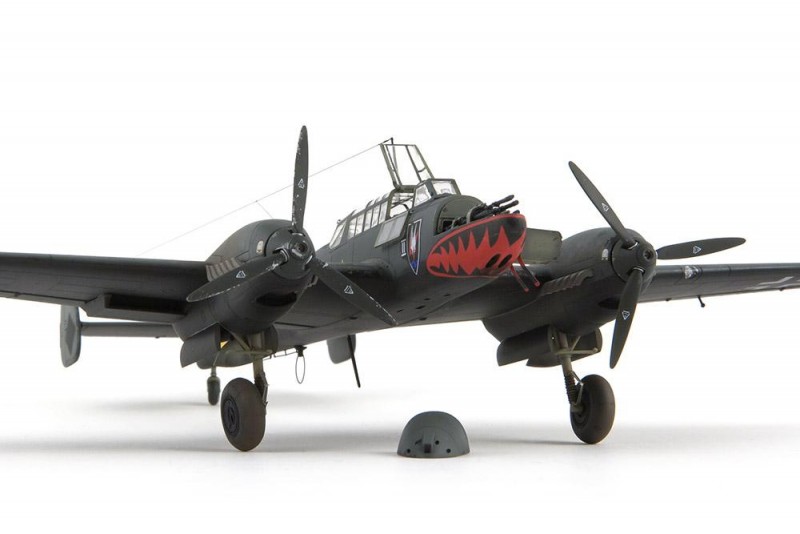 This kit is effectively the 1/48 kit scaled down, and Eduard have done a great job of cramming as much detail as possible into the smaller version. Surface detail was superb, and the fit of parts virtually perfect except where the engine nacelles met the wings, which needed some fettling with a knife and a touch of filler. 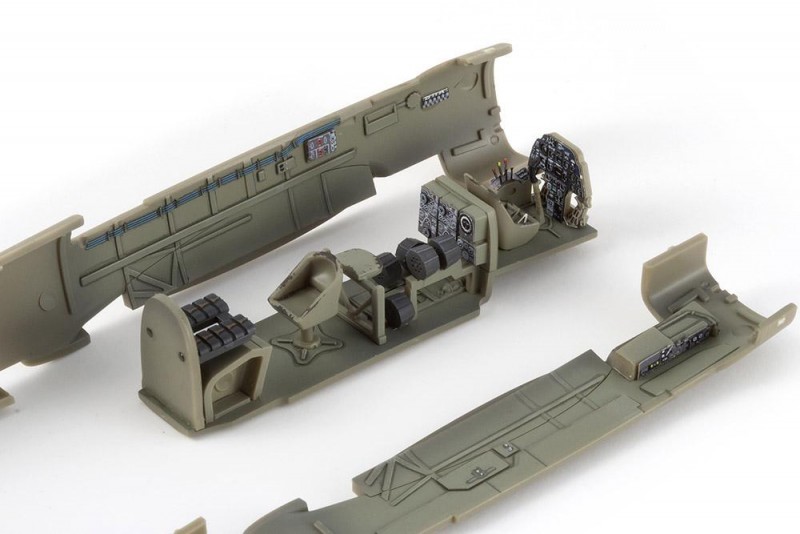 This was the Profipack boxing, so all the cockpit detail you see here (and some you don’t, like the seat harnesses that hadn’t been added yet) came in the box. The colored photo-etch was beautifully printed. 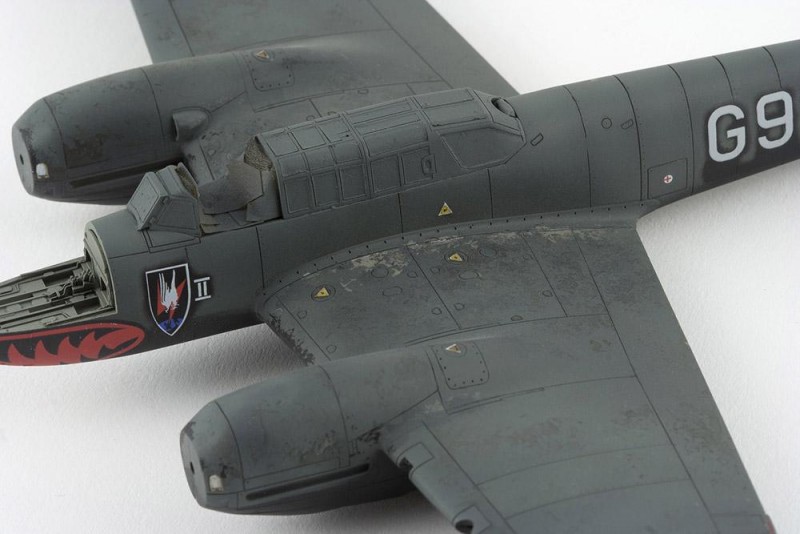 Weathering at the wing roots was done using a sponge and latex masking fluid, built up colour by colour to represent progressively more worn areas, right through the primer to bare-metal in some places. Daubs of watercolor were also applied randomly across the airframe to replicate scuffs, grease/oil stains, scratches etc. 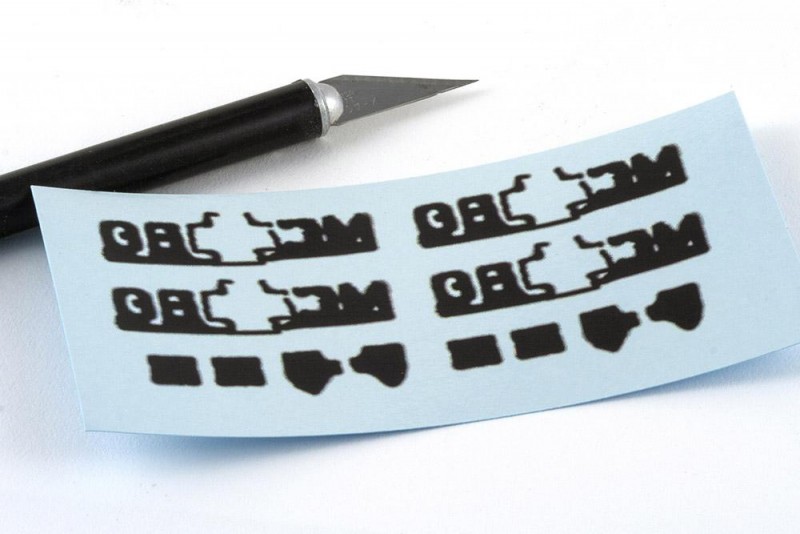 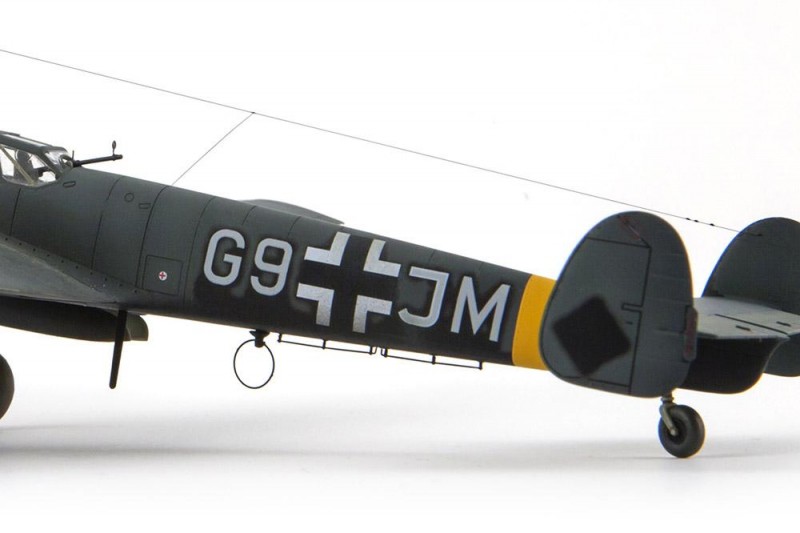 The scheme I chose was originally an overall black machine over which a temporary coat of RLM72 had been applied, including some tight spraying around the fuselage codes. There’s no way I could airbrush that tightly in 1/72, so I made some black splurgy decals to go behind the codes. (The swastika was also blacked out, as the model was built for Tamiya Magazine and it’s their policy not to show them.) 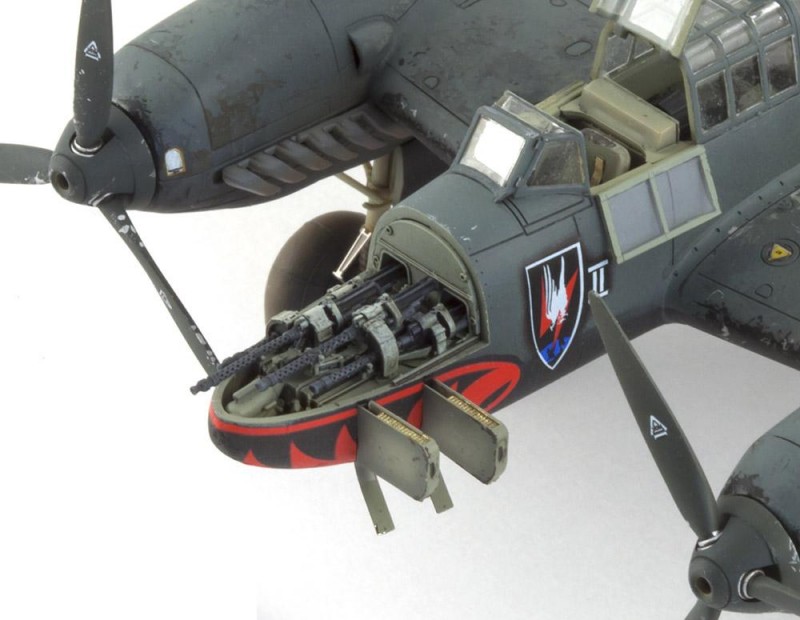 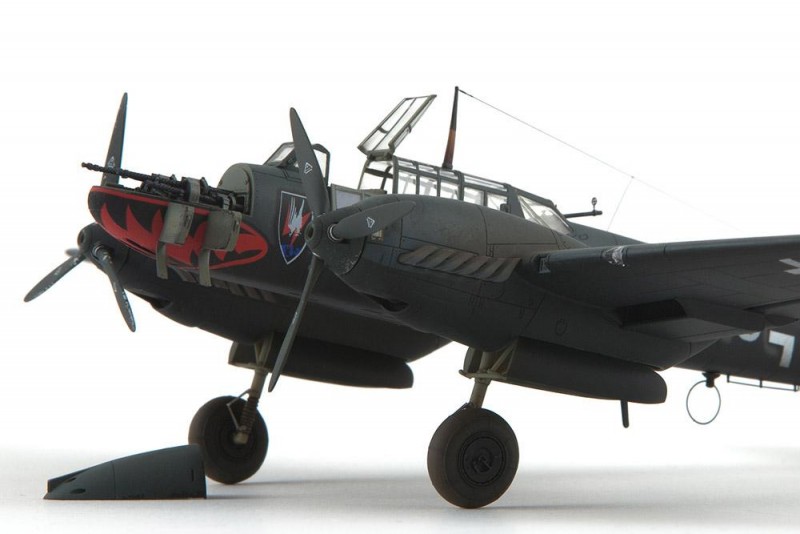 Eduard’s resin gun nose set was also installed, along with their resin main wheels (although the kit wheels are pretty nice away). The shark mouth decal was stubborn, but eventually fitted around the tight nose contours. 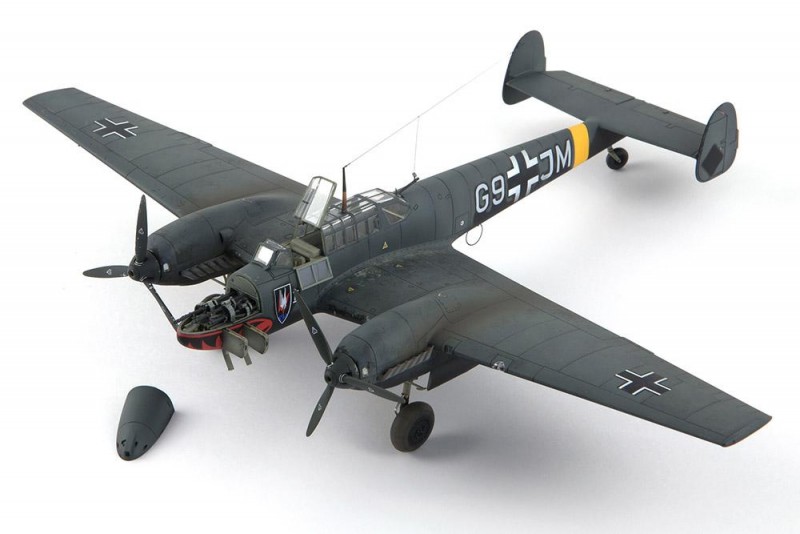 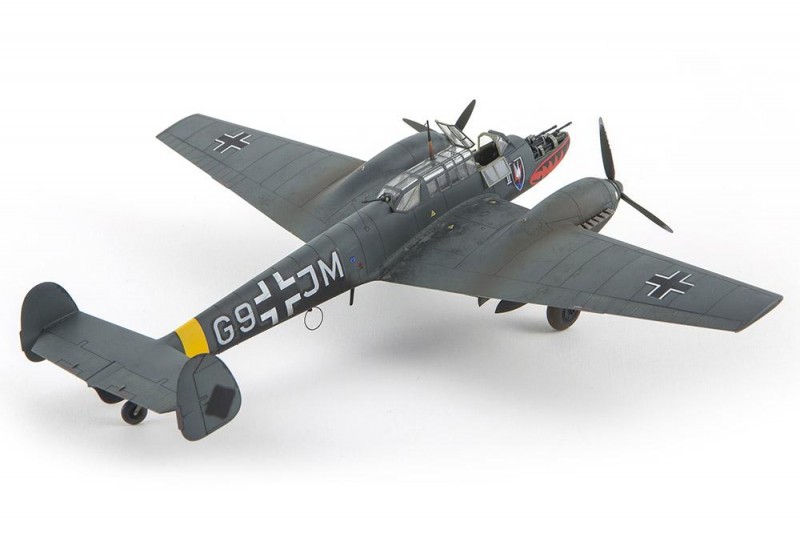 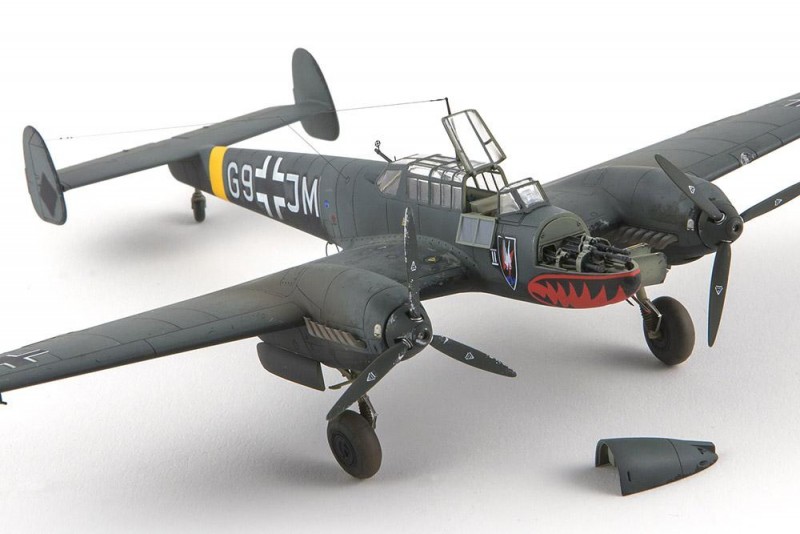 I thoroughly enjoyed this model thanks to the superb engineering and detail, and already have plans to build their ‘G’ in Swiss markings.
||||| 14 Click Here to Like This ||||| 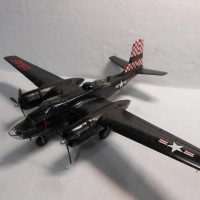 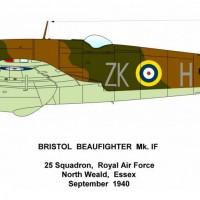 Camouflage and Markings of the Bristol Beaufighter 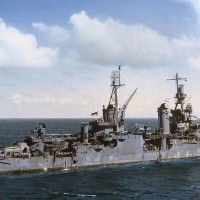 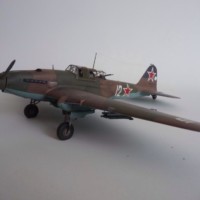