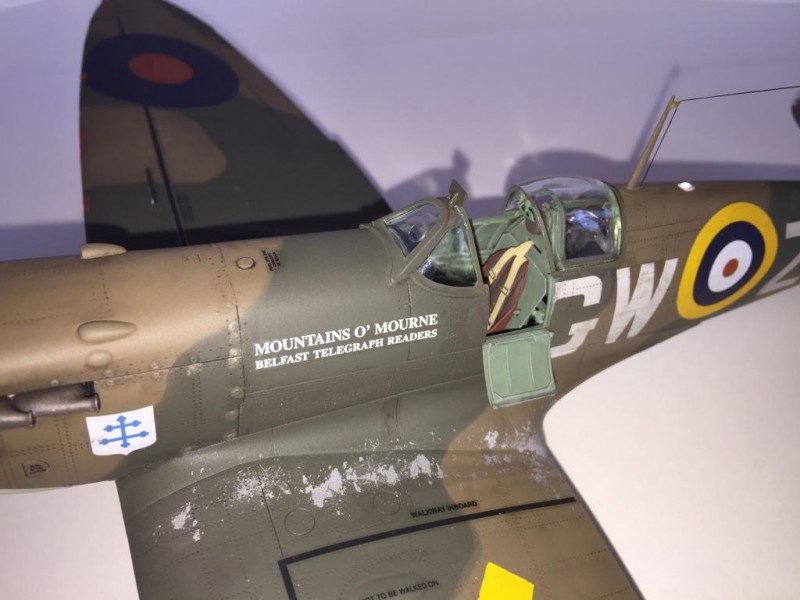 I finished the model with Humbrol enamels. The camo paints are #29 Dark Earth (with a few drops of white), #163 Dark Green, #90 Sky. Decals were applied after a brushed coat of Future and sealed with more Future. I clear coated it with Testors lacquer clear mixed 5:4:1 (lacquer thinner, dull cote, gloss cote). The antenna is EZ line. I left off the IFF wires because the model is going to a show in November and they complicate cleaning/dusting. I'll add them before the show. The decals represent a Mk.II flown by 340(French) Squadron in early 1941. Interestingly, both Revell 1/32 Spitfire kits offered markings for Belfast Telegraph Spitfire Fund machines, Mountains O'Mourne and Armagh being two of seventeen planes purchased by the paper's readers.

This was a fun project on many different levels, highly recommended! 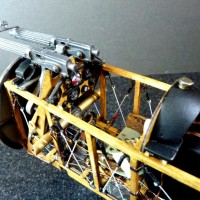 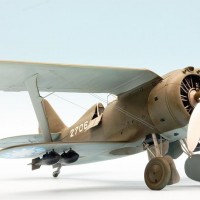 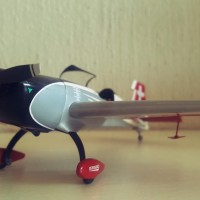 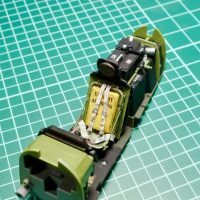