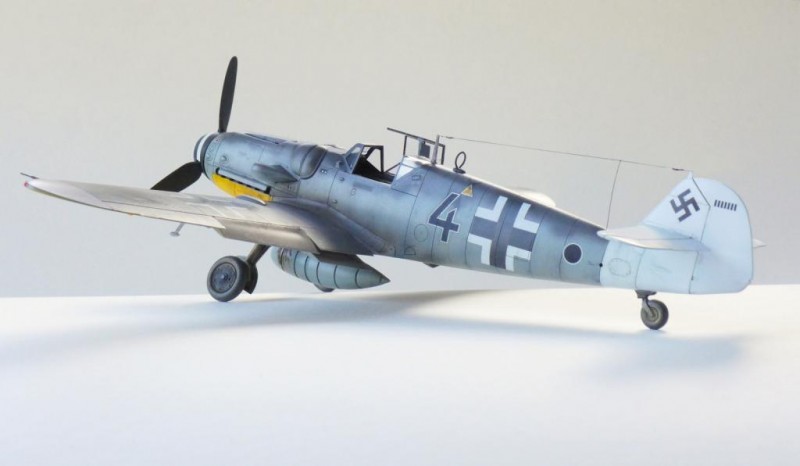 This project was initially triggered by the anticipation for Eduard's much-advertised new Bf 109G-6. The G-6 model of the Messerschmitt Bf 109 is the classic of classics but believe it or not, I had not modeled it previously. The prospect of a new state-of-the art kit provided an inspiration for filling that gap. Alas, as is widely known, the Eduard kit fell rather short of the expectations, but my inspiration to model a G-6 prevailed. In the end, I stumbled upon a second-hand Hasegawa Bf 109G-6 boxing in a local hobby shop, bought it, and the project was on!

This kit is one of the Hasegawa classics of the 1990s that helped establish the company as the Bf 109 specialists on the market (a position that Eduard is currently trying to topple). This kit is still very much a pleasure to build, with great fit, easy construction. The only flaws to mention are the visible sing marks on the flaps and the lack of positive adjustment for the main landing gear, both easily rectified with some basic modelling skill. 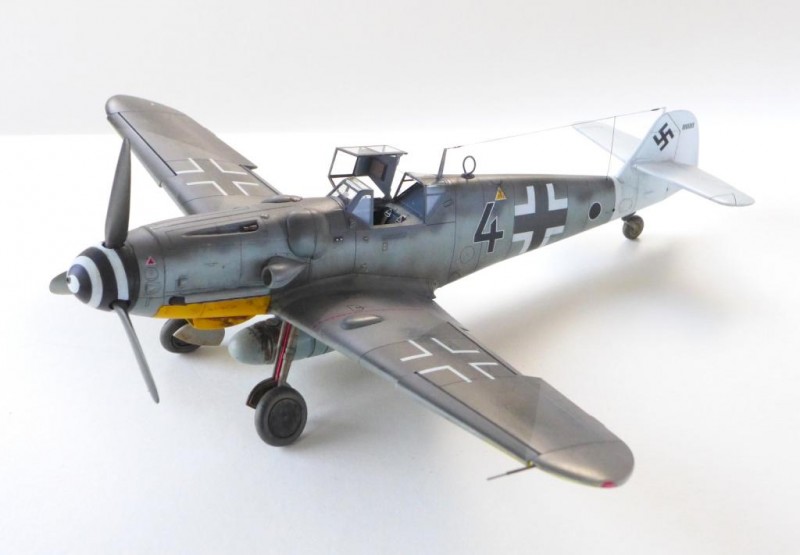 As per the 1990s standard there are no rivets, just fine panel lines, but these would be pretty easy to apply/roll on if one wants to. There had been some discussion about dimensional accuracy of the Hasegawa kit, but to my eye, the resulting model looks every bit the part, unlike the Eduard offering which in its current incarnation appears a bit odd in places!

Besides this, there's a wealth of aftermarket which would have been tempting to use if this wasn't intended to be an OOB build! I only opted for two extras - Eduard's seat belts plus hydraulic lines to spruce up the rather plain-looking landing gear a bit. Oh, and of course the antenna wiring. 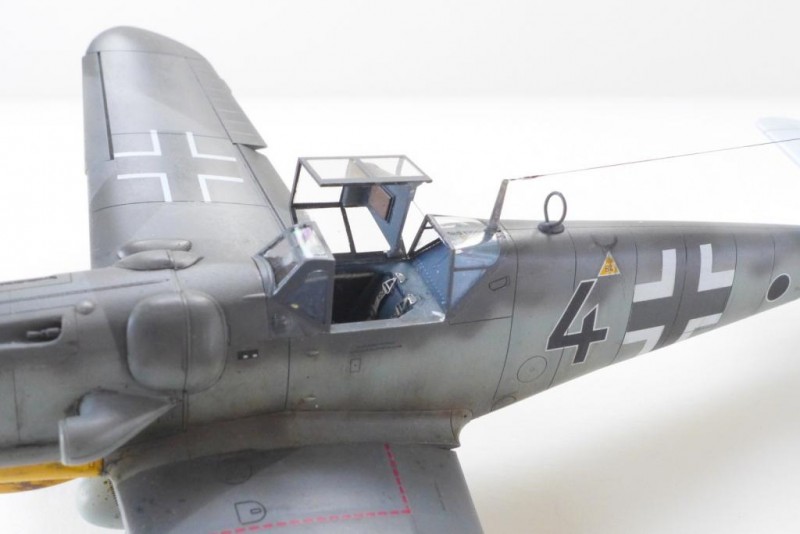 I have finished the kit in the markings of JG5 "Eismeer" from Third Group Decals' Bf 109F/G sheet devoted to that unit - also that a second-hand purchase, the sheet being long out of production. The Black 4 appeared to be a somewhat nondescript machine from 8./JG5, stationed in Norway. I was attracted by the monochrome nature of the scheme, broken only by the yellow lower cowling and wingtips. 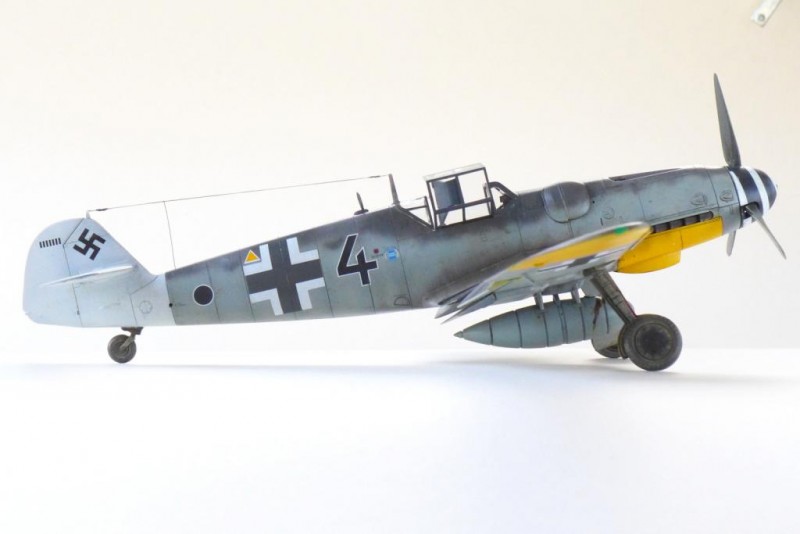 This was the first time I've been using Third Group Decals, but despite their age they performed admirably. Also, each outlined number was provided as two decals to allow for perfect alignment between the white and the black. This worked like a charm. I would not hesitate to purchase more sheets from this company. In contrast, the red wing walkway lines come from the Hasegawa sheet and I would not use them again - their thickness was rather prominent, and it took quite a bit of effort to conceal it!

I tried to go heavier on the weathering, but although I'm pleased with the result I think I was perhaps still a bit too restrained! 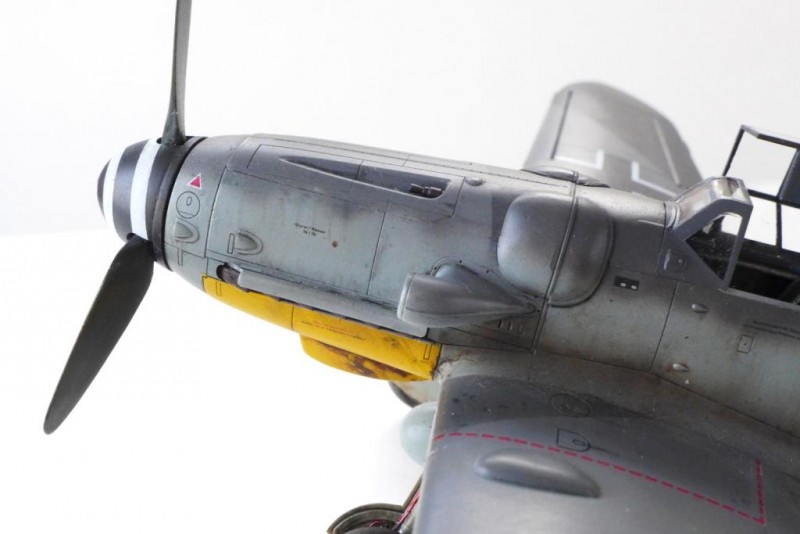 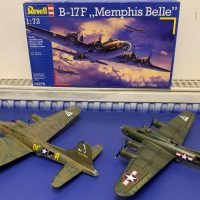 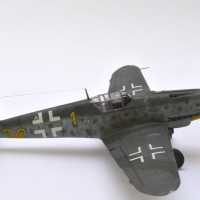 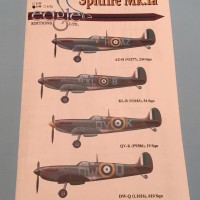 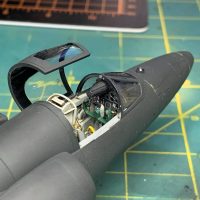