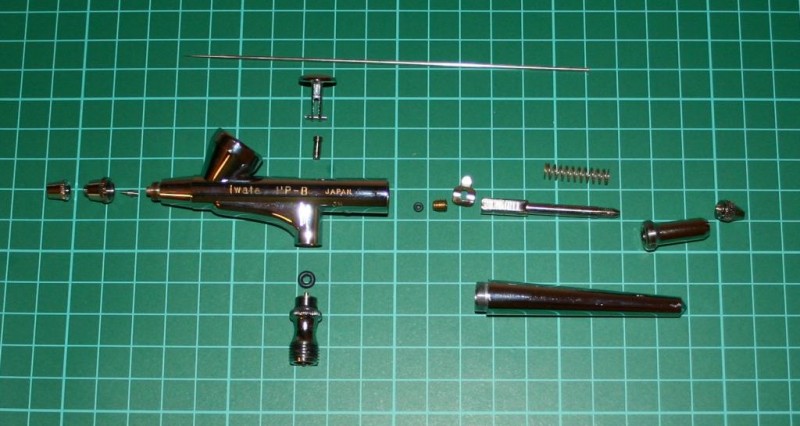 Hi Everyone!
I had only little little time to build anything and this post isn't about finished plastic either. I'm an airbrush guy and fond of airbrushing in general and - as I suppose happens frequently such people - I had and I have several airbrush guns, more than I need and less then I want :D. I tried several brands and types through the years, buy and sell and repaired some for others so I can say that I have some experience with these tools. Later - If there's some interest occurs - I maybe make a forum topic about airbrushes, airbrushing, tests/comparisons, and for know-how echange. But this time I like to share with You my attempt to update my old Iwata HP-B that I bought used and.

I like Iwatas (who don't? - maybe not for their prices) for their ruggedness, built quality and general simple and logic arrangement. I already have a HP-CH (a great gun) and when I saw this advertised used with it's 0,2mm nozzle arrrangement I felt that I needit 🙂 . It was quite a bargain for not much more than a chinese AB-180 but beleive me the difference is huge! This is an old version of their Hi-Line B As Iwata announced their rewampeb Hi-Line serie the price of these old guns declined delightfully. The old and the new are equal performance wise but the new have some alterations that make maintenance and cleanin easier (+pre set/ cut out handle which is nice but not necessary) and the significant change using PTFE (commonly say teflon) seals to deal with organic solvents. The great nature of Iwatas that their head system doesn't use any sealy as the precise elaboration make them unnecessary. The Hi-Line serie use only one 🙂 seal that relates to paint camber and this is the needle packing seal so I thought that I buy this gun, clean it, chech it and try to replace that sole seal and I have a modern, bullet proof detail airbrush.

As I said i bought it cheap. It was in generally good (hardly used) but somehow neglected shape so complete dismantling and cleaning was obvious. I stripped it down completely (minus the air valve which worked good) removed all rubber or soft parts and soaked it into some stronger cleaning materials - normally I strongly not recommend this to anyone but this gun as I saw was put aside uncleaned for a long time. I searched through my spare parts and found a PTFE seal which I bought when I renewed my friends chinese airbrush and the size was a perfect match. As You can see on the pics I measured it to the old rubber "O" ring. If You want to play with needle packing You have to have a special screw-driver You can see on the pics. This particular tool have a needle that help align the seal with the packing screw. An important hint about teflon seals: they are compressable and dimensionally stable but not elastic either. If You overtighten a rubber "O" ring that's not a problen only have to losen the screw a little bit and that's all. If You overtighten a PTFE seal that might be a problem as - said previously - they dimensionally stable and dont return of their original shape when loosening that screw. The solution is that Ypu have to tighten the needle packingscrew step by step in small increments checking the resistance of the needle. This may means some assembly and disassembly but woth the effort as PTFE seal installed correctly lasts long. The goal here is that You have to tighten the screw that point when the needle packing seal tight enough around the needle that paint can't overflow back to the valve housing but the needle itself move freely or little resistance. You have to feel it, there's no any exact measuring here. I hope this help if someone faces similar issues or just interesting how it's like an old Iwata dismantled 🙂 Cheers! 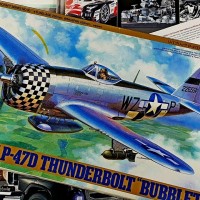 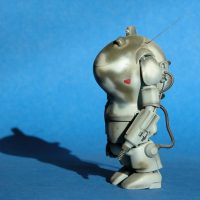 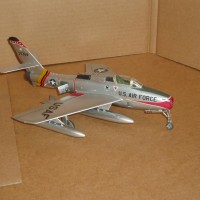 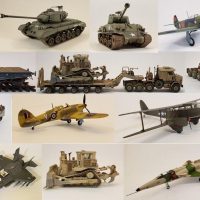