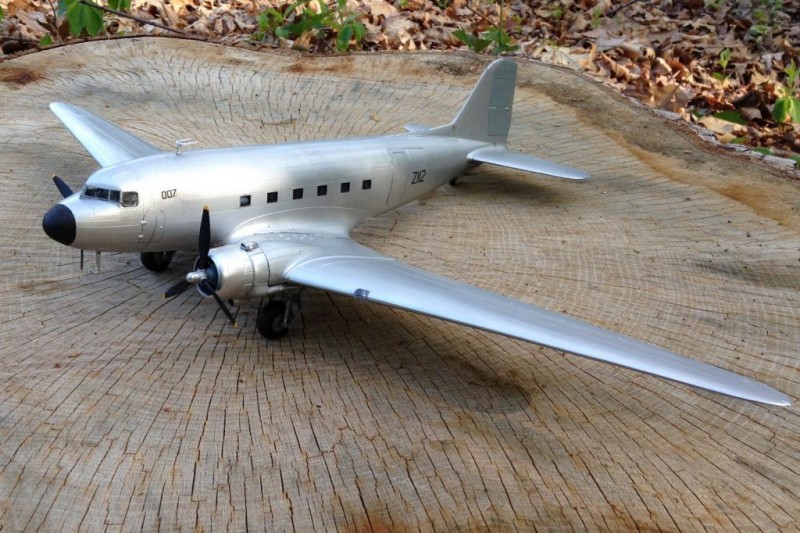 O.K., if you can figure out the subject of this post without reading further you would win a prize…if I had one!

I am a pretty large fan of James Bond movies, you know he’s my kind of guy. I was inspired to built this from the Bond movie “The Quantum of Solace” made several years ago. In that Bond…James Bond… and his quite lovely associate, Domino, I think was her name, are on the run, driving out through the desert of Bolivia seeking the hide out of Mr. Big (whose name I forgot) after doing in some of his henchman, rather handily. Bond and Domino come up on this ratty and almost deserted little airfield and there is this DC-3 sitting there. There is this old crusty and shifty looking guy there at the airport, nobody else is around, I guess he’s the “manager”…Now if I remember this right, Bond…James Bond… asked the old geezer what he wants for the airplane. The guy tells him, “your woman”. Well Bond convinces him to take his car in trade instead and he and the beautiful Domino fly off to hunt for Mr. Big’s hideout by air.

Well its not too long before another henchman finds them, except this guy is flying some small, fast and heavily armed single engine plane. I don’t know what kind it was, but reminded me of a WWII fighter, except modern. Bad guys shoots up Bonds plane, including one of his engines which starts to smoke. Bond uses that as a smokescreen and leads the bad guy down a twisting canyon, makes a quick turn which bad guy isn’t prepared for and causes said bad guy to crash and burn straight into a sheer mountainside cliff. Served him right.

Well Bond and Domino aren’t out of trouble because the DC-3 is a goner. So they jump, but only have one parachute. That is enough though. They hit the ground hard, but fortunately for them, they were only shaken, not stirred.

They went on to find Mr. Big, destroy his world HQ, foil his plot and move on to better things.

This is the Monogram C-47 Skytrain kit. The one with all the paratroopers, D-day version. I didn’t do them because none of them were wearing a tuxedo or looked like Domino in her evening gown…The one James Bond flew was very non-descript with just a number on the side, CP-265. Since I didn’t have a decal like that, I used Z112, but, just because I could, I found and applied two zero’s and a 7 up front…007 . So mine is not the one in the movie, lets just say mine was inspired by it.

If building this model were a play or a movie, it would be a ‘comedy of errors’ …I am glad and relieved to be done with it and do like the different look it has from all my other airplane builds, which are all military. I imagine the DC-3 might have been out at that remote and desolate airstrip in Bolivia for an illicit ‘agricultural’ use maybe…

Building this helps me appreciate the beautiful and classic lines of the DC-3/C-47, they say if it looks right it is right. That is particularly apt in describing these.

I did not have time to get better photos, these were done quick this evening with phone-cam. 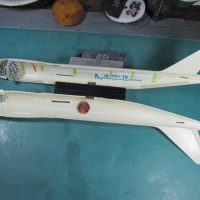 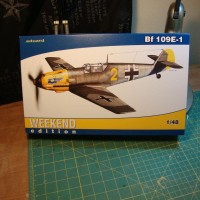 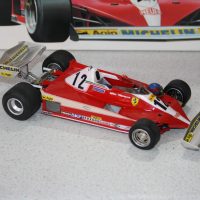