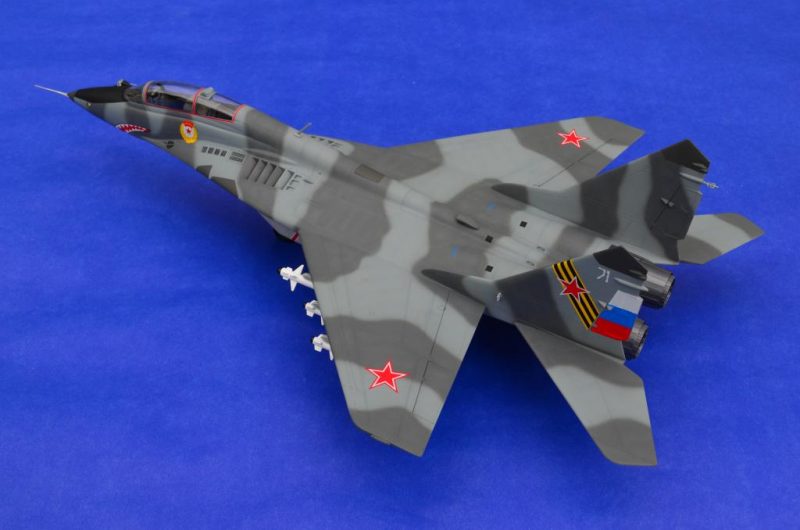 I’ve just finished building this as a mojo-mender as with a few long term projects on the go, I’d become bogged down and in need of something that went together without problems – this 1/32nd scale twin-stick MiG-29UB proved to be just the medicine. I picked this up at Telford for £25 which proved to be very good value for money.

It’s quite simple kit but in truth that’s why I chose it – the cockpit lacks detail and the undercarriage bays are very basic, but the overall fit and construction is excellent and I encountered no construction issues at all.

I used the decals from the box, which represent a MiG-29UB of 120 IAP based at Domna, Siberia, in the summer of 2003. Revell’s colour guidance could only be interpreted by someone with a masters degree in colour mixing, so instead I just used pictures on the net for guidance, using mainly US equivalents from Xtracolour to get a close-enough match to the real thing. Other than that, it’s as it comes in the box. 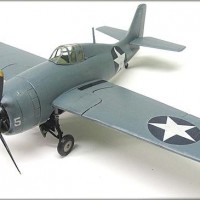 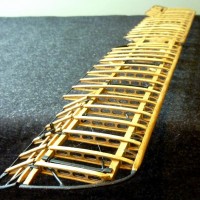 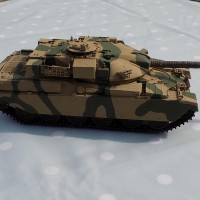