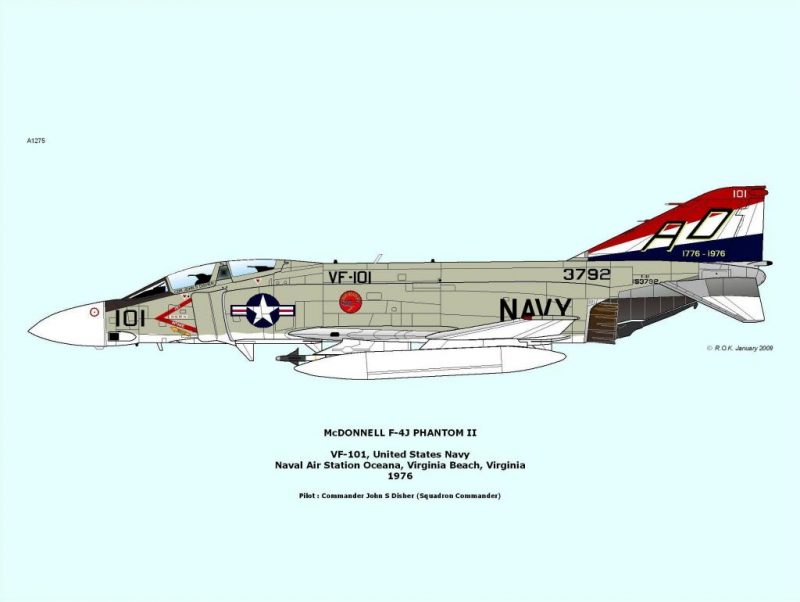 Celebrating the outcome of a recent Phantom II Group build, here are a few profiles of the aircraft drawn by Mr. Rick Kent (used with permission of the author).

The McDonnell Douglas F-4 Phantom II was originally envisioned as a big, all-weather, long-range supersonic jet fighter for the United States Navy. Entering service in 1960, it turned out to be one of the most highly adaptable jet fighters of the era. The Phantom was also adopted by the U.S. Marine Corps and the U.S. Air Force, and by the mid-1960s had become a major part of their respective air wings. Phantom production ran from 1958 to 1981, with a total of 5,195 built, making it the most numerous American supersonic military aircraft.

During the Vietnam War, the F-4 was used extensively; it served as the principal air superiority fighter for both the Navy and Air Force, and became important in the ground-attack and aerial reconnaissance roles late in the war.

The F-4 continued to form a major part of U.S. military air power throughout the 1970s and 1980s, being replaced only by the current generation of combat aircraft such as the F-15 Eagle and F-16 in the U.S. Air Force, the Grumman F-14 Tomcat in the U.S. Navy, and the F/A-18 Hornet in the U.S. Navy and U.S. Marine Corps.

The F-4 Phantom II remained in use by the U.S. in the reconnaissance and Wild Weasel (Suppression of Enemy Air Defenses) roles in the 1991 Gulf War, finally leaving service in 1996.

The F-4 was also operated by the armed forces of 11 other nations.

The UK was the first export customer for the Phantom, which was ordered in the context of political and economic difficulties around indigenous British designs for the roles that it was eventually purchased to undertake.

The United Kingdom bought versions were based on the U.S. Navy's F-4J for use with the Royal Air Force and the Royal Navy's Fleet Air Arm. The main differences were the use of the British Rolls-Royce Spey engines and of British-made avionics. The RN and RAF versions were given the designation F-4K and F-4M respectively, and entered service with the British military aircraft designations Phantom FG.1 (fighter/ground attack) and Phantom FGR.2 (fighter/ground attack/reconnaissance).

Initially, the FGR.2 was used in the ground attack and reconnaissance role, primarily with RAF Germany, while 43 Squadron was formed in the air defence role using the FG.1s that had been intended for the Fleet Air Arm for use aboard HMS Eagle. The superiority of the Phantom over the English Electric Lightning in terms of both range and weapon load meant that during the mid-1970s, most of the ground attack Phantoms in Germany were redeployed to the UK to replace air defence Lightning squadrons. A second RAF squadron, 111 Squadron, was formed on the FG.1 in 1979 after the disbandment of 892 NAS.

In 1982, during the Falklands War, three Phantom FGR2s of No. 29 Squadron were on active Quick Reaction Alert duty on Ascension Island to protect the base from air attack. After the Falklands War, 15 upgraded ex-USN F-4Js, known as the F-4J(UK) entered RAF service to compensate for one interceptor squadron redeployed to the Falklands.

Around 15 RAF squadrons received the various marks of the Phantom, many of them based in Germany. The first to be equipped was No. 6 Squadron at RAF Leuchars in July 1969. One noteworthy deployment was to No. 43 Squadron where Phantom FG1s remained the squadron equipment for 20 years, arriving in September 1969 and departing in July 1989.

The interceptor Phantoms were replaced by the Panavia Tornado F3 from the late 1980s onwards, and the last British Phantoms were retired in October 1992 when No. 74 Squadron was disbanded. 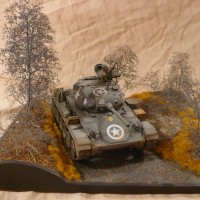 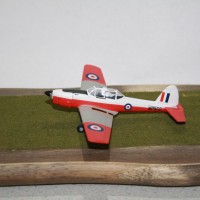 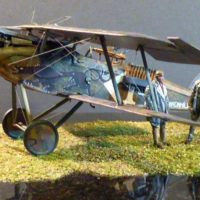