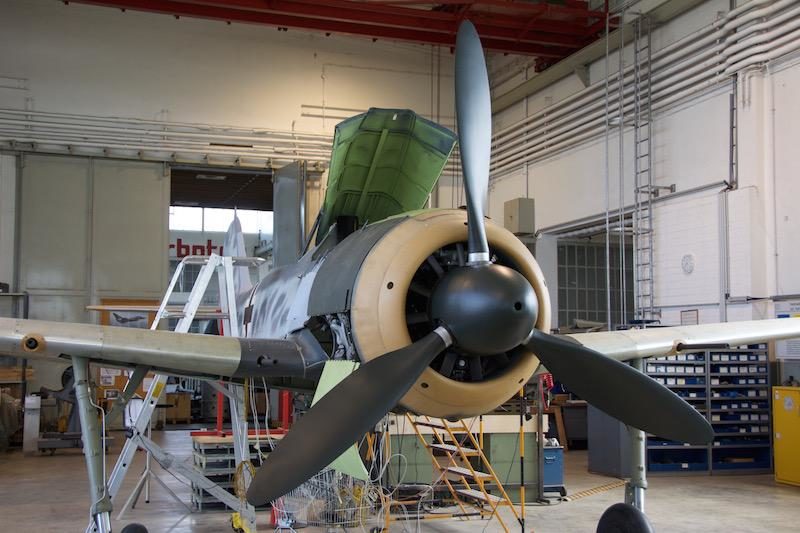 On the 28th of August, at IPMS-Deutschlands modelling show, I had the privilege to be invited to a guided tour of the FW 190 A8 that’s being restored at Gatow air force museum in Berlin.

Stabsfeldwebel Enrico Schade, who leads the restauration works, was our guide. He told us about how museums and collectors trade and buy parts for aircraft between themselves. Not everybody in this game plays by the rules though, so he always had to be on his guard.

The engine of the plane was, if I understood everything correctly, an engine that had been used for testing purposes and not one that had been fitted to an airplane in combat service. It differed in some details from those that were used on the aircraft in service.

The original engine that they had, was not in a good enough condition to be restored and fitted to the airplane.

He also showed us the ring that held the two ton heavy engine to the aircraft. It’s made of magnesium, weighs six kilograms and its dimensions were calculated using the tools of the time, slide rule and technical tables. Hat off for the engineers who did that.

Thank you Mr Schade, for the tour and to Jürgen Willisch who organized it. 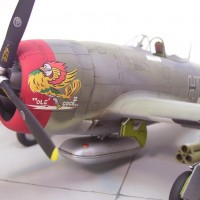 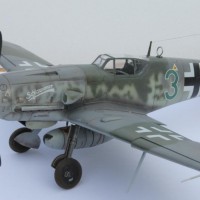 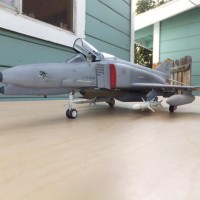