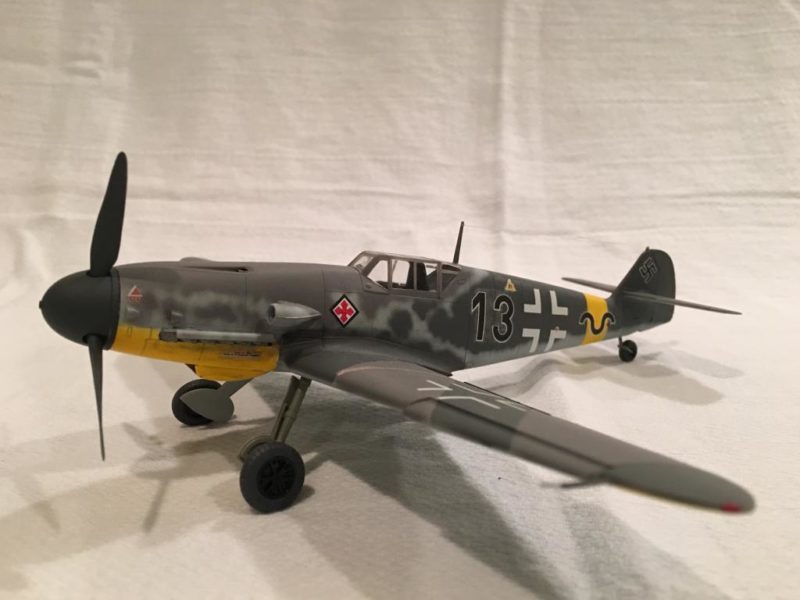 Here is plane for you since I've been posting pictures and writing articles on Armor recently.

This is how I think that Gunther Rall's BF-109 should look based on some research I did online and through some of my books. This was when he flew with 8 / JG 52.

The last photo shows Major Rall as he is exiting his 109 after his 250th kill. This was not the same plane that I modeled...You can see his black "Guppen Kommandeur" chevrons in that picture (and it looks like a G-6 due to the cannon bulges on the cowling).

I built this plane and 3 other Bf-109's at the same time. I like to do this since it makes it a little easier to paint (more like an assembly line) when you have similar subjects and are using the same colors. This one is finished using Model Master enamels. The main colors are RLM 74, 75 and 76 which is typical for a mid war 109. Luftwaffe aircraft on the Eastern Front used yellow as an identifier, while planes in the Mediterranean and North Africa used white. I'll post some examples of this in the future...

When I built this "Schwarm" (finger four) of 109's I wanted to build the planes flown by the top Luftwaffe "Experten" (Aces). So I found photos on line and in my books of Erich Hartmann (352 kills), Gerhard Barkhorn (301 kills), and Gunther Rall (275). I'll be posting articles and photos of these and other 109 Experten like Marseille and Galland in future articles... so please stay tuned.

This model was sprayed using my Iwata HP-C plus air brush. It's pretty much box stock build other than the stretched sprue antennae. Unfortunately in the photos I've noticed some silvering on the wing walk way markings. Fortunately this isn't all that visible in person.
I didn't weather this 109 too much, but I probably should have splashed on some mud in the wheel well area since the Luftwaffe often operated from unimproved fields regularly.

Enjoy, and comments are welcome... 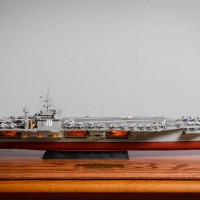 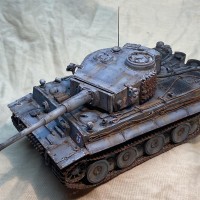 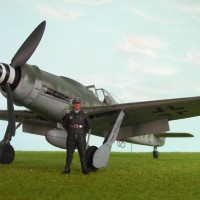 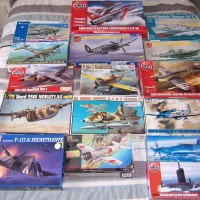 What to build next ?
neil foster